An End to COVID-19 in Israel? Conflicting Reports Remain Unclear 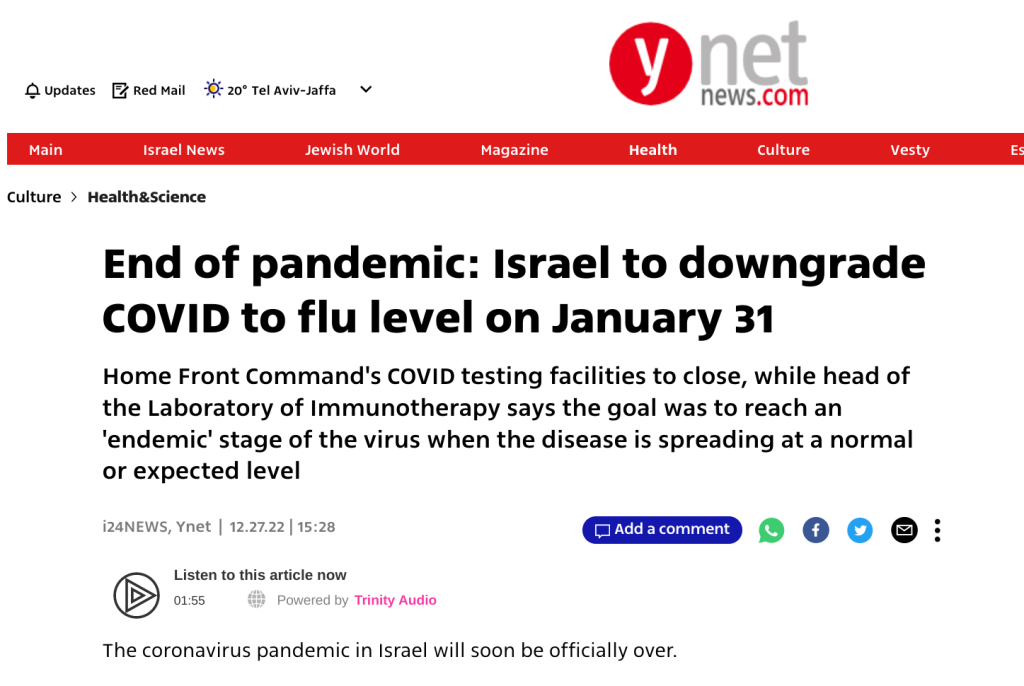 Last week an Israel-based news site called Ynet reported that Israel has made the decision to end COVID-19 as an emergency health situation and downgrade it to be treated like the flu. In looking for further reporting and original sourcing for this claim, I found numerous oddities surrounding the report.

Multiple news sites reported on the “downgrade”, all with similar wording, and they all pointed to a Kan 11 report as their source. Kan 11 is a news site in Israel with both written and video news reports. On December 26, Keti Dor, the Head of Health Correspondence at Kan 11 appeared on their evening news program to discuss the reclassification of COVID.

Ms. Dor reported that Professor Salman Zarka, the Coronavirus Czar in Israel, met with all four major public health organizations that serve the medical needs of all Israeli citizens. During the meeting, Professor Zarka allegedly told the heads of the medical organizations that the pandemic will be declared over by the end of January, and COVID will be treated as any other virus. According to Ms. Dor’s report, Professor Zarka laid out a timetable that begins on January 18th, with the dismantling of COVID testing centers that are currently run by the Homefront Command. Anyone who needs a COVID test after that date will get one at the health clinic that he belongs to. By the end of January, all COVID-related Homefront Command operational centers will be closed, and COVID will be officially categorized as any other virus. This includes an official end to any remaining testing and quarantine restrictions that were still in place.

Ms. Dor concluded the segment by saying that she expects that the health clinics will receive an official letter of notice from the Coronavirus Czar with all of the details.

The messaging surrounding the report seems odd in numerous ways. Besides the original Kan 11 news segment, Hebrew print media and mainstream English media did not pick up this report. Additionally, the messaging in Hebrew media continues to portray negative COVID updates about new variants and a possible return to masking.

Translated, this means that Professor Cyrille Cohen has cautioned that the new strain of COVID has been shown to be resistant to antibody-based treatments. The Hebrew version of this article goes on to state that on the East Coast of the US, there’s a new strain of the virus called XBB15 which now accounts for the majority of the cases.

Which direction are we headed, according to the health authorities? Are we heading towards the official end of COVID, or will they attempt to drag us back into fear and masks? The conflicting messages emerging from the local press and health authorities are just as confusing as they’ve been throughout COVID as though no lessons have been learned.

I reached out to Professor Cohen, as well as the manager of my local health clinic for comment or clarification. The manager of the clinic responded to me that she has not heard of any mention of the pandemic officially ending, Professor Cohen has yet to respond. 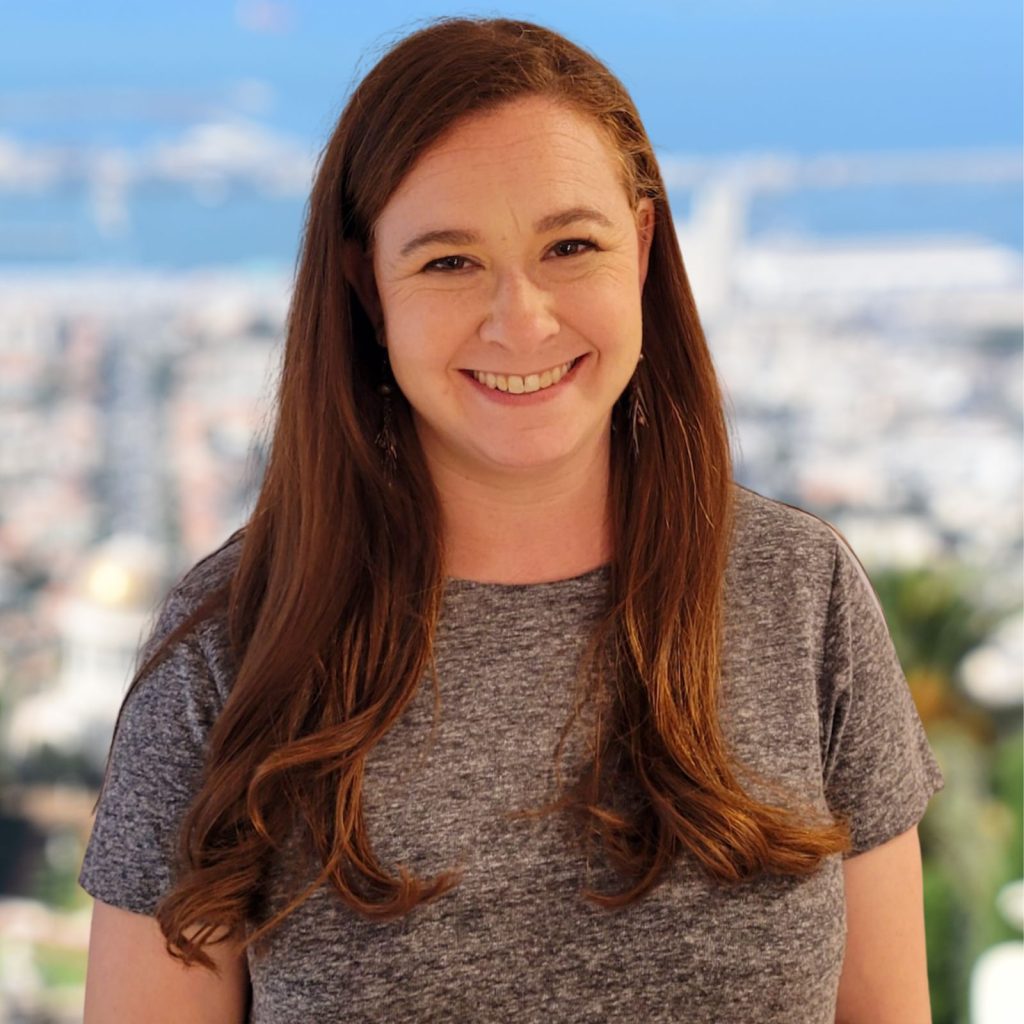 Spread the love
This DailyClout article is the writer’s opinion.
One of our country’s most important freedoms is that of free speech.
Agree with this essay? Disagree? Join the debate by writing to DailyClout HERE.
Spread the love
Previous StoryDr. Naomi Wolf Slams Big Pharma, Big Tech Censorship
Next StoryAs Speaker Battle Rages in House, RNC Chair Ronna McDaniel Also in Trouble with GOP Voters–Only 6% Want Her to Remain in Office