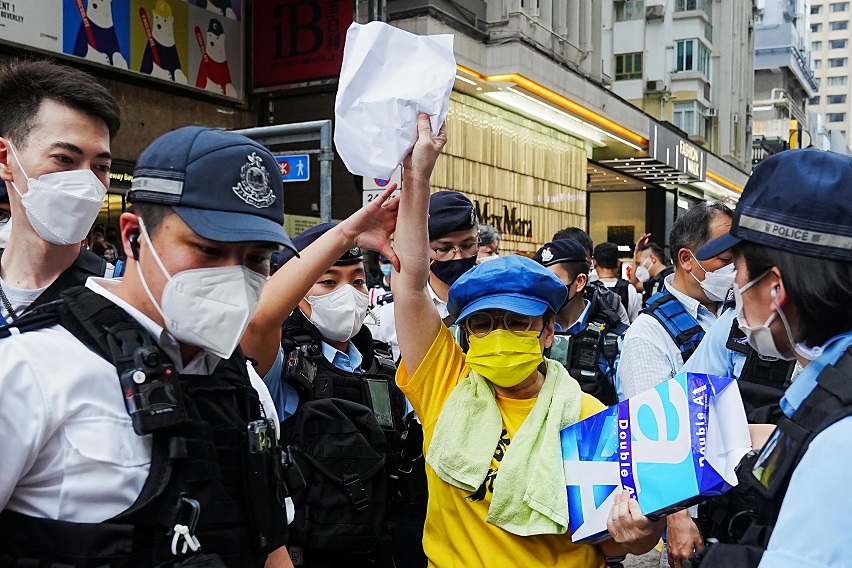 What is never reported in US media is that in 2019 the CCP walked away from a trade deal and declared a ‘People’s War’ on the US.

June 4, 2022 marked the 33rd anniversary of the Tiananmen Square massacre. For decades, the Asia Society of New York hosted an annual Tiananmen seminar, I would dutifully purchase a ticket to hear panelists boast of bicycling around Beijing as the students were slaughtered. During Q&A, I would ask why they still supported “engagement” with the CCP and get the familiar cant about “preserving national interests”. This year the Asia Society cancelled the event and made no mention of the massacre on their website, more sorry proof that “engagement” has deteriorated into craven appeasement of the CCP’s genocidal dictatorship, entangling the US in a China policy that is morally repugnant and politically dangerous.
The US Congress imposed trade sanctions on the CCP after Tiananmen, but in 1994 President Bill Clinton, with a stroke of his executive pen, delinked trade and human rights with China. Millions of US jobs were shipped to the PRC and billions in FDI poured into the hands of CCP henchmen who continued to brutalize millions of their subjects without impediment or penalty. But the China Price has a cost, and the logic of relocating vital supply chains to a Communist dictatorship half a world away is colliding with reality, as supply chains collapse and the CCP advances its long-stated goal to “destroy America from within.”

Spread the love
This DailyClout article is the writer’s opinion.
One of our country’s most important freedoms is that of free speech.
Agree with this essay? Disagree? Join the debate by writing to DailyClout HERE.
Spread the love
Previous StoryMassachusetts Rabbi Under Attack
Next StoryVaccine mandates to stay in Victoria