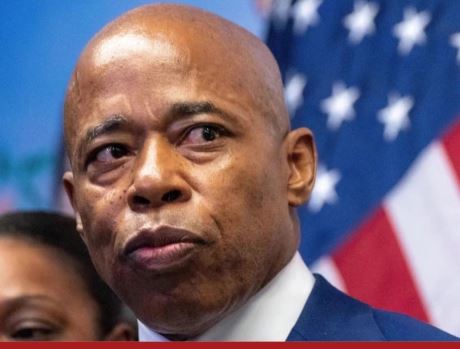 NYC Mayor Eric Adams took shots from Kyrie Irving, Labor Leader Tramell Thompson and recently fired teacher Rachelle Garcia yesterday. Garcia would only call the mayor “Eric” on national news because, according to Garcia, “he is not my mayor.”

This was all in response to Adams ending the private sector vaccine mandate in NYC but not ending it for City Workers (nor parents who wish to enter NYC Schools). The mayor’s bad day ended with the NY Post publishing what many of us have long speculated is the case behind the scenes for months – Eric Adams is facing a multi-million dollar problem especially with the KANE / KEIL / NYFRL cases headed to the 2nd Circuit Court of Appeals as one unit.

Unlike Northshore Health in Illinois who recently settled for $10.3 million for violating the constitutional rights of employees by not recognizing their religious exemptions to vaccination, Mayor Adams has no Board of Directors.

This is really a shame for Adams, and for NYC.

If Adams did have a Board, they might advise the mayor to move in the same direction as Northwell Health – settle now on the cheap instead of risking a major loss in the court system. (Yes, $10.3 million is cheap).

However it has been widely reported and observed that our current mayor has an extremely big ego, is more concerned with the limelight & partying than governing the city he was elected to take care of, and may not always be prone to taking wise advise. (One is left wondering why Adams prominent Chief of Staff and one of his Deputy Mayor’s announced their resignation the night before Eric Adams suffered this bad day).

Since Adams has no Board to answer to, he is the ultimate arbiter of risk for NYC.

According to an article published by the NY Post last night, that risk is increasing drastically with every reckless vaccine carve out Adams continues to cut:

Amidst a nationwide teacher shortage, the city laid off an additional 850 teachers and classroom aides this week due to the vaccine mandates. And yet it appears that Adams has been backed into a corner financially (if not morally) because the funds simply are not available to hire back the thousands of city workers affected by job loss due to the mandates.

Ongoing lawsuits will likely gain steam in light of these developments. Recently the three major lawsuits against the city (Kane v. de Blasio, Keil v. NYC, and New Yorkers for Religious Liberty v. NYC) were consolidated into one as they head to the Second Circuit Court of Appeals. [emphasis added]

The city’s workforce is losing their talent, many with decades of experience. At any time, Adams could have done the right thing and pulled the city worker mandate. If the courts do it for him, it will cost New York taxpayers millions upon millions of dollars. It’s already cost him the trust of many voters.

Spread the love
more
This DailyClout article is the writer’s opinion.
One of our country’s most important freedoms is that of free speech.
Agree with this essay? Disagree? Join the debate by writing to DailyClout HERE.
Spread the love
more
Previous StoryD*ed S*ddenly N*ws
Next StoryWhy Europe’s Electricity Prices Are Soaring