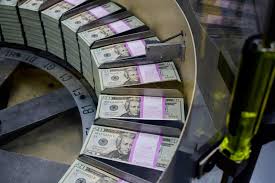 At the time of this writing, the on and off, then on again negotiations for a bi-partisan compromise on a bill to extend stimulus to our flagging economy are still in process. And, after the latest remarks by Federal Reserve Chairman, Jerome Powell, on October 5th, legislators are forced to acknowledge that the anticipated V-shaped recovery – in other words, a very sharp and rapid up-turn — is in peril. As especially hard hit industries announce new layoffs, while COVID cases accelerate, temporary layoffs are becoming permanent. And, many warning signs are flashing bright red. Apart from the 19.8 million unemployed – including 7.2 million, who are in fact unemployed but not counted because they failed the test to be actually looking for a job in the four weeks leading up to the October 2nd Bureau of Labor Statistics report, food insecurity has doubled overall since the pandemic, and tripled among households with children, according to a recent study by Northwestern University. Mortgage delinquency rates have spiked as have delinquencies for rent payments with 14.7 million households – 25% of households surveyed in the Census Bureau’s most recent Household Pulse survey — having little to no confidence in their ability to pay rent next month. And, small businesses, the key drivers of GDP growth, new employment, revenue, and innovation, even with the Paycheck Protection Program (PPP), are running out of cash again, as the recovery takes longer. Out of the estimated 30.7 million small businesses in the U.S., 20-25% of the total (6 to 8 million), may already be closed permanently. While immediate assistance is needed for millions of American families and small businesses, the economy risks a lifeless recovery and anemic longer term growth, should Congress not address the persistent disadvantages of small business, and find a way to revive this vital economic sector for the long term. Furthermore, the long-standing gap in the repair of U.S. infrastructure, provides an aggressive head wind to any recovery. These factors only contribute further to a widening income gap between the top 10% and everyone else. Yes, it is a “perfect storm”.

So, what is Congress to do? Regarding potential immediate action, the latest congressional activity suggests that the House and Senate are much closer in spirit with respect to their current legislative agendas, than in the past, although large gaps remain. And, neither bill – from the House or the Senate –  addresses structural changes to our economy or institutions that would attempt to resolve the disadvantages of small business, the underlying deterioration of infrastructure in our nation, as noted in an earlier July 1st blog, and actually create net incremental new jobs. On the positive side, the House bill does take a number of steps in the right direction. And, other legislative actions by the House portend a bold infrastructure agenda that the Senate leadership has not taken up.

As reported in the July 1st post, the Health and Economic Recovery Omnibus Emergency Solutions (HEROES) Act, passed by the House on May 12, 2020, had still not received attention by the Senate. On July 27th, the Senate did introduce its own bill called the Health, Economic Assistance, Liability Protection and Schools (HEALS) Act. This Act, which is cobbled together from ten separate bills from different Senators, went nowhere. Then on October 1st, the House passed a stripped down version of the HEROES Act, dubbed “HEROES” 2.0. It is this House bill that appears to be garnering more attention. What can we hope for and what are the differences between what has passed in the House and introduced in the Senate?

Noting that the HEALS Act from the Senate, and the HEROES Act 2.0, are the bills currently in limbo, here are the highlights of what stimulus has been passed, and what has been proposed:

As noted above, the only provision that the House has moved closer to the Senate on is Stimulus Checks to Individuals and Households. However, seven of the nine provisions, do show that both bodies of Congress would provide funding for those provisions, thus leading the way to establishing common ground. Where it is unlikely for compromise is:

Of these three, Eviction Protections, in which the House bill provides for rent relief and other housing services, is in my opinion, the most important and it is unfortunate that Senate leadership does not recognize that millions of Americans, currently out of work and with no other sources of savings or income, will not be able to pay back their landlords if and when the pandemic finally ends.

It is also my opinion that the Small Business Paycheck Protection Program (PPP) should more closely follow the House’s provision which attempts to limit funding to those businesses which account for the most jobs, employers of 200 or less employees, and which have the least access to alternative means of financing. Given the earlier abuse of the program by public companies, that slipped through the opaque guidelines, and the access that larger companies with established and preferential status at banks received, the vast majority of small businesses remain underfunded or not funded at all. Minority-owned businesses were hit twice as hard. To punctuate this point, 99.5% of small businesses, defined as businesses with fewer than 500 employees, employ 200 or less employees. That’s over 30.5 million businesses, employing 50.2 million people, or 85% of total employment in the small business sector. To drive employment up, the economy simply has to have small businesses, which create 2/3rds of net new job growth and drive innovation, leading the charge. Growth of this sector is a national imperative. Should the House’s provisions be adopted, a final bill will take a small step in the right direction by focusing on the 200 or less employers and also setting aside funds, up to $15 billion, for community lenders, specifically Community Development Financial Institutions (CDFIs) and others that cater to underserved borrowers, who missed out on PPP on the first go around.

Is this enough? Not really. These massive funding programs do little to nothing to provide net new job growth. That is, job growth over and above pre-COVID levels. Currently Congress’ measures are simply adding jobs back to the economy that went missing when the pandemic hit.

And, let’s put all of this into stark perspective. The Federal Reserve’s balance sheet has increased by $2.8 trillion between March 2, 2020 and September 28, 2020, more than any time in the past 12 years. Further, as a percent of GDP, the Fed’s balance sheet is at 35%, a number not seen since World War II. Well, this is war frankly and on more than one front. Most of this increase – $2.6 trillion – was a result of securities held outright by the central bank, including direct bond purchases of private sector companies. Liquidity for large public companies to raise more capital has never been more favorable in my living memory. As outlined in an April 22, 2020 blog post, the largest beneficiaries of both Congressional stimulus and Federal Reserve stimulus – a total of $4.4 trillion – are large corporations and the wealthy, receiving a total of $1.725 trillion, or 40% of this total, versus 14% for the small business sector and 14% for direct payments to individuals and families, including sick leave and unemployment benefits.

The prioritization, as shown above, is stunningly upside down from both an immediate as well as a long term need.  Feed the wealthy and well-funded – Starve families and small business. Oh yeah, that’s a plan. From the longer term perspective, completely absent from the proposed legislation are proposals to reconfigure the Small Business Administration and/or its services, and any attempt to address our Nation’s deteriorating infrastructure. As cited in the earlier referenced July 1st post, the U.S. is ranked 13th in the world in terms of the quality of its infrastructure and faces a $2.1 trillion funding gap. Without addressing this gap, subpar economic performance and rising costs for citizens and businesses are inevitable. Further pressure on the income gap should be expected. While bills that address infrastructure are at the ready in the House, none have been considered by the Senate as yet. If both the small business and infrastructure crises are addressed, net new jobs and a reinvigorated economy are sure to follow and surpass pre-COVID levels of growth, in my humble opinion, for the benefit of all sectors. While legislation that actually does something about these underlying dampers to our economy is highly unlikely until after the election given our currently very partisan political environment, a new Congress, must/should tackle them. Here are some suggestions.

There is no sector of the economy that does NOT pine for better infrastructure. Everyone wants it. To underscore this fact, The Business Roundtable, a collection of business leaders representing companies with more than 15 million employees and $7 trillion in annual revenues, say that a modern infrastructure is critical to increased investment, job creation and overall economic growth. And, that the current state of U.S. infrastructure – from roads and bridges to air traffic control and navigable waterways – lags behind the nation’s global competitors. We know, and boy do we. However, while businesses are concerned, how the country pays for it, has been a Congressional stumbling block for at least a decade if not more. And now, infrastructure disrepair is urgent. Accordingly, legislators cannot hide from it and should/must consider creative funding solutions such as public private partnerships that incentivize good performance and upkeep, as one such example. Others include asset recycling, gas taxes, mileage taxes and tolling among others. Further, while the U.S. has joined the “race to the bottom” in terms of corporate taxes in a vain attempt to be more competitive, studies show that if a country has modern and efficient infrastructure, corporate taxes just don’t matter.

Therefore, tackling the gaps in the American Society of Civil Engineers (ASCE) Infrastructure Report head on, that are well defined with respect to economic damage resulting from a failure to act, and which are well documented in the ASCE’s “Failure to Act” report, among others, should be an urgent imperative. The key infrastructure in need of repair according to the ASCE’s study are – well – just about everything (see below):

As cited in these reports, failure to address the gap in our country’s aging infrastructure will cost our economy by 2025 (in constant 2015 dollars) and it just gets worse the longer we wait:

Isn’t this enough bad news to get on the stick? Whatever bill might be passed before the election on November 3rd, will likely be a half measure towards another stimulus bill, under a new administration, that addresses aging infrastructure and new jobs growth. If our Congress fails to act? Well, you can guess. But, certainly, U.S. economic performance will suffer, and our world leadership will, sadly, very likely decline.

I want to make a special note of thanks to my sources for their expertise and insights into managing, financing and mentoring small businesses including Cathleen Blood and Jeffrey Bardos of Speritas Capital, Tracy Chapman of 1843 Capital, Meleisa Holek of SCORE and Brenda Lewis of Transaction Marketing and TechXel.

To see more on these subjects refer to:

March 25, 2020, How the Proposed Emergency Bill Will Further Prioritize Big Business At The Expense Of Small Business

April 16, 2020, Why Did the CARES Act Tie-Up Help For Desperate Small Business

April 22, 2020, Update Three: The War On Small Business Escalates Via The CARES Act

July 1, 2020, COVID Trillions, The HEROES Act, An Infrastructure Bill, And The Death of 25% of Small Business

Charlotte Walker is a board member and advisor for early to mid-stage technology companies, including Daily Clout, Inc. As an entrepreneur and former start-up/early stage venture capitalist her passion is innovation and the business and capital formation process.

Spread the love
This DailyClout article is the writer’s opinion.
One of our country’s most important freedoms is that of free speech.
Agree with this essay? Disagree? Join the debate by writing to DailyClout HERE.
Spread the love
Previous StoryDaily Clout Exclusive: Renowned Scientist Dr. Haseltine, HIV Treatment Pioneer, On Covid “Herd Immunity”
Next StoryIs President Trump Going To Bring Affordable Health Care To Americans In A Potential Second Term?