Update Three: The War on Small Business Escalates Via the CARES Act 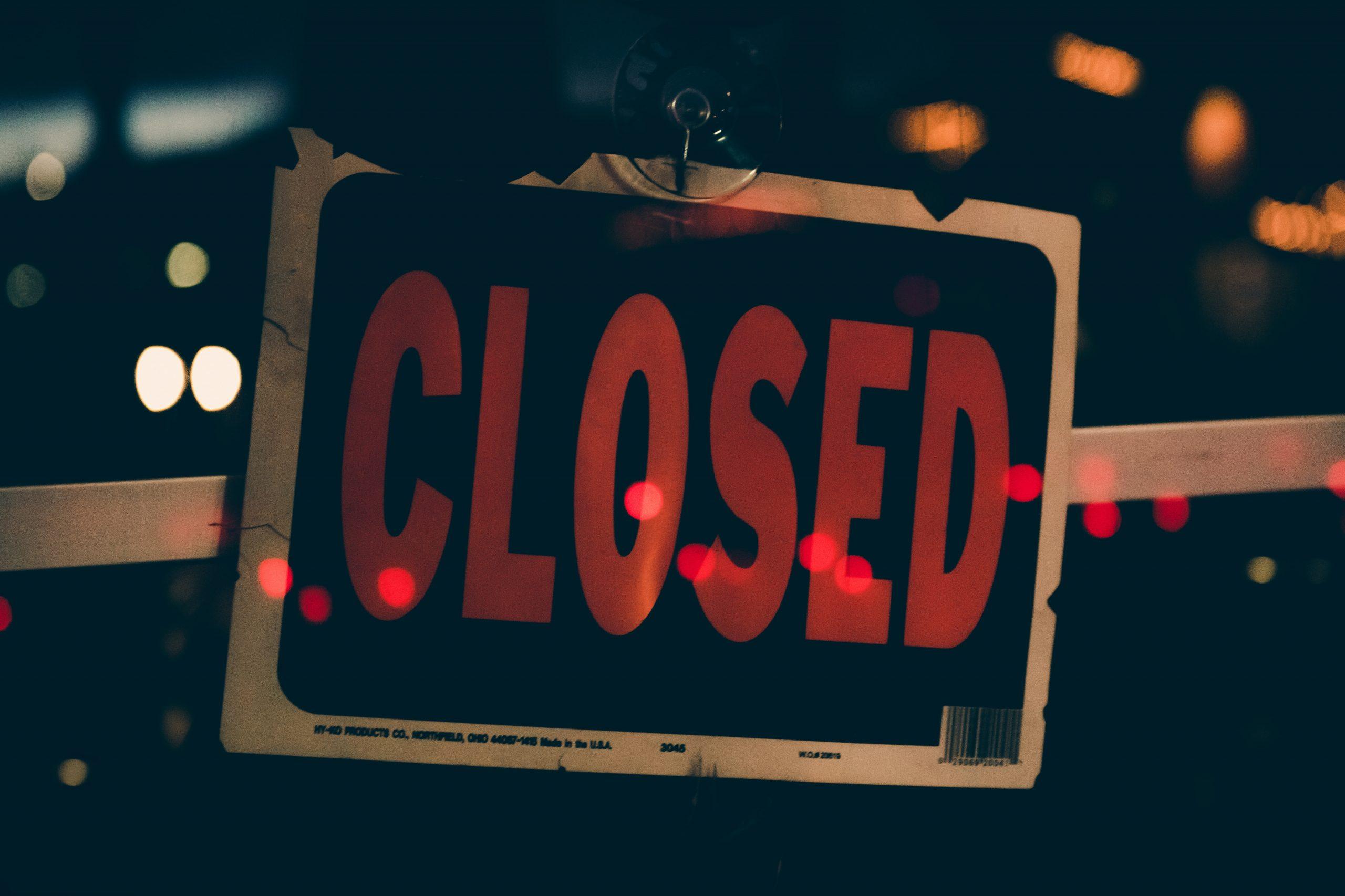 In the my past two blog posts[1] on the $2 trillion Coronavirus Aid, Relief and Economic Security Act (“CARES Act”), which was signed into law on Friday, March 27th, I focused largely on the Paycheck Protection Program (the “PPP” program) and the greatly expanded Economic Injury Disaster Loan Program (the “EIDL” Program). These provisions are in place to support small businesses, defined as companies with 500 or fewer employees.

My chief concern has been the outsized support in these provisions for big corporations – twice as much – versus the undersized support for small businesses, not to mention the diminutive support for health care, which is another topic all together. This disparity is important, because small business accounts for 50% of our workforce employment and two-thirds of net new job gains; this sector also drives innovation in the U.S. Its health and well-being are important to a rapid recovery and to long term Gross Domestic Product growth prospects. Furthermore, while large corporations have access to private equity, public markets, bank loan facilities and more to secure additional money to keep up and running, small businesses do not. Finally, the Treasury guidelines for these loans remained a moving target and ultimately allowed not-so- small businesses to also apply for earmarked loans.

The funding in programs, which kicked off on Friday April 3rd, a full week after the passage of the CARES Act, completely dried up less than two weeks after launch. The Small Business Administration (“SBA”) reported on Thursday, April 16th, that more than 1,637,000 loan applications, valued at “over $339 billion” had been approved. But this number covers just 5.5% of the 30 million small businesses currently in the U.S.

Forecasting this shortfall, earlier during the week of April 13th, the Treasury was already requesting an additional $250 billion authorization for small business programs. However, what went under-reported in non-financial news networks was the Federal Reserve’s April 9, 2020 announcement that it had launched its own unprecedented $2.3 trillion relief package.

What raised my eyebrows was not only the vastness of the Central Bank’s (Federal Reserve’s) stimulus, but also the addition to it of whole new and expanded programs. What I did expect in the announcement was the $600 billion allocated to purchase loans from banks to small and midsize businesses and the $500 billion to buy state and municipal bonds.

But what I did not expect to see was the participation in the “Main Street Lending Program” of businesses with up to 10,000 employees and with under $2.5 billion in revenue. Is that really “Main Street”?

The most eye-popping number was the $1.2 trillion to bolster the Central Bank’s own ongoing purchases of treasuries, corporate, consumer and municipal securities[2]. Within this announcement, The Fed expanded another facility so that it could begin to buy highly rated new issues of collateralized loan obligations and commercial mortgage-backed securities.

What did this achieve? The Central Bank’s facility for buying corporate bonds can now buy debt from sub-investment-grade issuers, or “junk”-rated companies[3], as long as they were rated as “investment-grade” a day before the Fed’s programs were first announced on March 23rd. Another facility could also buy exchange-traded funds (i.e. ETF’s) holding such debt.

YIKES! Could small business be made to feel even smaller?

Without doubt, the Fed’s actions are allowing our credit and bond markets to remain stable and liquid, relatively speaking. But the unprecedented involvement in immense amounts of financial aid to below-investment-grade markets does drastically interfere in the natural, and typically robust, process of competitive market actions. It props up bad investments, something we have seen before.

This involvement by the Fed unnaturally helps alleviate concerns that large companies that are downgraded due to unfavorable economic conditions, would not receive support from the Fed. Hence, it artificially supports, if not boosts, market pricing.

The net effect of all of this is that large corporations—even unhealthy ones – will win again – at the expense of everyone else. Let’s add it up.

# Phase I was an $8.3 billion bill for coronavirus vaccine research and development,  the Coronavirus Preparedness and Response Supplemental Appropriations Act, 2020), which was signed into law on March 6, 2020. The second phase was the $104 billion package for paid sick leave and unemployment benefits for workers and families,  the Families First Coronavirus Response Act, which was enacted March 18, 2020.

Adding up funds from Congress and the Federal Reserve, $1.45 trillion in allocations is going to support big business. Indeed, large corporations are by far the biggest beneficiaries of aid – by a factor of more than two hundred per cent.

But wait! There’s more. Did I tell you about the tax credits?

Don’t get me wrong, the CARES Act does many good things. And it’s clear our lawmakers have not been sitting on their hands. However, so many things have sneaked into the law that look like, literally, Congress throwing money away. Where these giveaways show up are in provisions within Title 2, Subsection C of the Act[4]. Namely:

It is within these sections that the Joint Committee on Taxation[5] calculated approximately $275 billion in tax cuts over the next 10 years[6], although some experts are expecting the actual cost to tax revenues to be much higher. These tucked-away sections bring total benefits to large corporations and wealthy individuals to upwards of $1.725 trillion!

In a nutshell, these provisions, among others, allow:

In the meantime, small business owners have no illusions. In a survey released April 14, 2020 by the Small Business Majority[8], small business owners reported devastating impacts of COVID-19[9]. Nearly half say they have closed their business or are planning to do so in the next two months. 69% say that the CARES Act favors large corporations over small businesses. 84% say that increased funding is needed for community development financial institutions among many other suggestions. Legislators take note. 38%, 24% and 32% of respondents identified themselves as Republican, Independent and Democrat respectively. The hurt goes across the political spectrum.

As of this date, Congressional negotiators are trying to reach a deal to expand the provisions for small business. Treasury initially asked for another $250 billion. However, it appears that the amended bill could include as much as an additional $370 billion. Accommodations that the Democrats have been fighting for include $75 billion for hospitals, $25 billion for testing, and additional funding for state and local governments.

Will they prevail against the interests of big business that the CARES bill and the Federal Reserve’s actions, together, foreground? Your guess is as good as mine.

[2] Federal Reserve takes additional actions to provide up to $2.3 trillion in loans to support the economy.

Charlotte Walker is an advisor and board member to numerous early to mid-stage technology companies, including DailyClout, Inc. As an entrepreneur and former start-up/early stage venture capitalist her passion is innovation and the business and capital formation process.

Spread the love
This DailyClout article is the writer’s opinion.
One of our country’s most important freedoms is that of free speech.
Agree with this essay? Disagree? Join the debate by writing to DailyClout HERE.
Spread the love
Previous StoryHate Gun Violence, Live in CT? Calls to Action from CT Against Gun Violence to Pass “Red Flag” Gun Laws in Your State
Next StoryAmerica has the Ventilator Blues