The Big Lie – And All The Little Lies 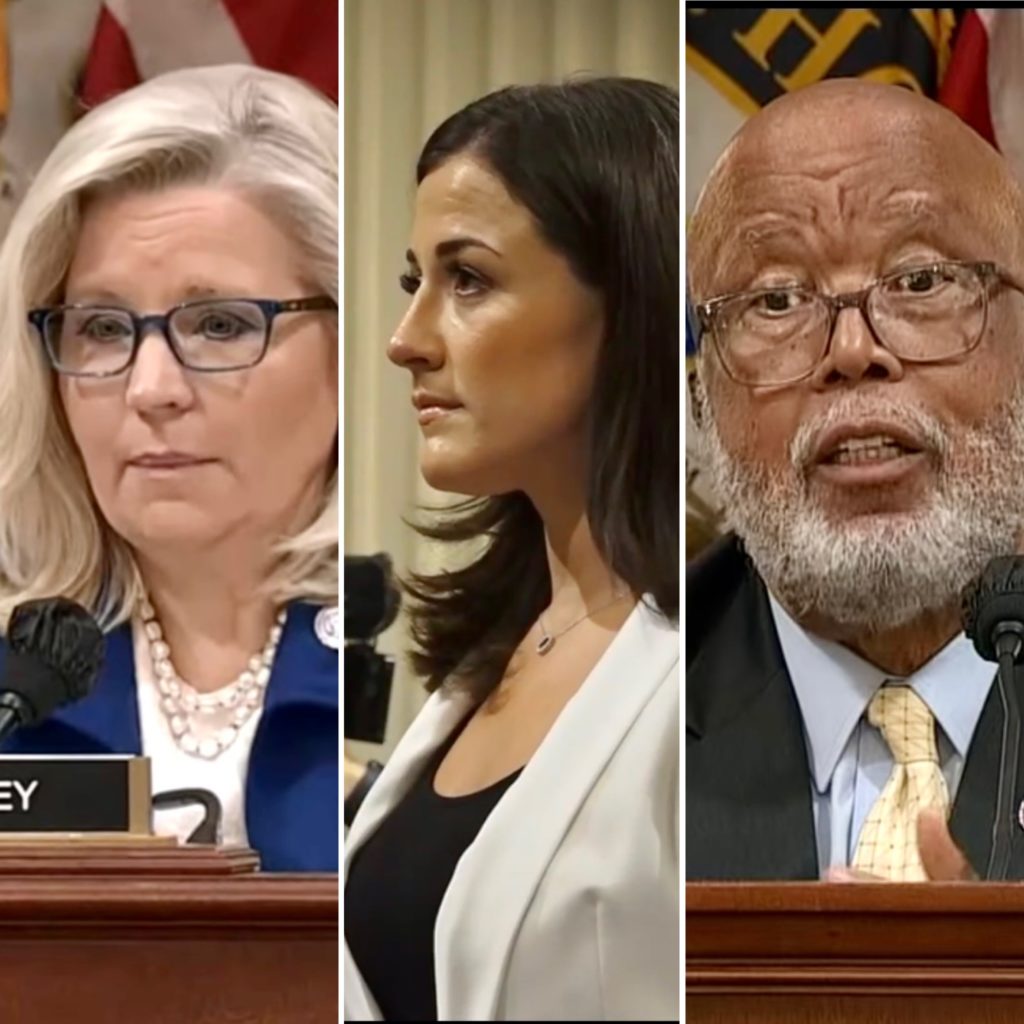 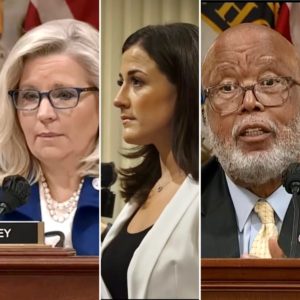 A hot new dramatic series has just debuted on television. It wasn’t titled “The Big Lie”, but it should have been. Instead, it carried the sober, straightforward name of the House special investigative body that produced it: The Hearings of the January  6 Commission.

It stars a middle-aged, laid-back Southern congressman who might remind you of your favorite uncle. He is supported by the strict and serious aunt you always hated and your do-gooder, Eagle Scout cousin, who found themselves in the middle of a family drama so devastating that they broke with the clan and rose heroically to meet a challenge that threatens to destroy our democratic government and replace it with tyrannical fascism. 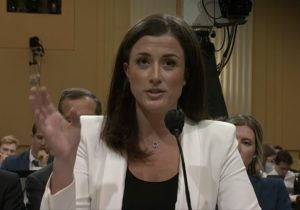 And, in a surprise bonus episode, it featured a breakout debut performance by the idealistic girl next door, whose illusions are shattered when she learns that her idol has feet of clay, in addition to his orange comb-over and short fingers. She was played by Cassidy Hutchinson (above), the intern-turned-White House advisor who was a top aide to Chief of Staff Mark Meadows and had a ringside seat to the plot to steal the election.

Spoiler Alert: The bad guy, who does not and will not appear live, is former President Donald Trump.

Plot Summary: Trump lost his re-election bid to current President Joe Biden. He had trouble accepting defeat, in part because he hates “losers” and had a psychological crisis over being one. Like a fish flopping around on the shoreline, Trump desperately sought a way to declare the election illegitimate; although many of his closest advisors told him unequivocally that his defeat was real, Trump gave credence to the toadies and sycophants who created questionable, probably illegal, schemes to keep him in power. Lawsuits failed. Schemes to create fraudulent slates of electors that would throw the certification process into chaos failed.Pressure on voting officials to change the tally in states he lost failed. It seemed Trump had nowhere to turn, but, Pollyanna that he is, he kept publicly repeating The Big Lie – the election was rife with fraud, Italian satellites changed his votes to Biden’s, suitcases full of bogus Biden ballots were counted in the dead of night, perhaps even the Jewish space lasers corrupted voting machines …No. Sorry, that was Marjorie Taylor Green about something else, an acolyte and later disseminator of The Big Lie.

All of this culminated in a Capitol riot on January 6, the day the final count making Joe Biden president was held. The violence wrought by armed thugs carrying Trump banners, Confederate battle flags, spears, bear spray and guns, was like nothing Washington had seen since the British burned the White House during the real Revolution. One Capitol Police office died in that riot and one protester was shot dead by Capitol defenders. Another officer took his own life later and many were seriously injured. Meanwhile, Trump was hosting a gathering at the White House, watching the rioters on TV – mostly white men — and ignoring for hours pleas to call on the insurrectionists to stand down.

And he continues to repeat The Big Lie to this day, spurred on by the faithful who see him as the leader of Cult of American Fictionalism and promoted by The Fox News Channel, which isn’t carrying the hearings and defends broadcasting falsehoods by describing its on-air stars as entertainers, not reporters.

People may look at the same set of facts and extrapolate different conclusions, but that’s not what happened in the 2020 presidential election. Trump lost. In fact, he lost by exactly the same Electoral College vote by which he defeated Hillary Clinton in 2016. He described that margin as a “landslide”.

But, as Hutchinson and others have testified, if he thought he won, he was delusional. Advisor after advisor, including his own very pro-Trump attorney general, Bill Barr, told him there was no evidence of significant election fraud anywhere. Trump was so enraged when he learned that Barr had told the Associated Press the same story on the record that, according to Hutchinson’s sworn testimony, he threw his lunch against the Oval Office wall, smashing a chinaplate and leaving a ketchup stain to remind future generations of presidents that things can get stressful at the top.

He said, and says to this day, that voting was corrupt in all the swing states he expected to win, but did not. He pushed The Big Lie in Georgia, where he unsuccessfully pressured the secretary of state to find 11,780 votes and give him a victory. In Arizona, Michigan, Wisconsin and Pennsylvania, he and perverters of democracy like John Eastman and Rudy Giuliani and Sidney Powell  spread the lie that the election had been stolen. They pressed their case in court without evidence more than 60 times, winning only one minor ruling. They urged people to watch filmmaker Dinesh D’Souza’s film, “2000 Mules”, which claimed to show documentary evidence of voter fraud by ballot harvesting. The film, like the other elements of The Big Lie, got poor review for truthfulness and prompted a rehash of D’Souza’s 2014 election fraud conviction. In 2018, he was pardoned by Trump.

The Big Lie culminated in a scheme to create falsified slates of electors and present them to Vice President Mike Pence, whose constitutionally defined job was to count the votes and certify the election. The idea was that Pence would claim confusion between the real and fake slates, halt the count and, eventually it would end up in the Supreme Court, which Trump and Senate Majority Leader Mitch McConnell had packed with Trump loyalists.

According to Hutchinson, legal counsel urged Meadows to talk Trump out of participating in the plan because it clearly was illegal. Meadows, who had been actively involved in the discussions, replied that Trump’s mind was made up.

He was going ahead with his plan to snatch a criminal victory from the jaws of a democratic defeat. 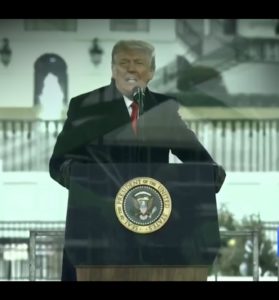 It didn’t work, only because Pence, acting on the same kind of legal advice that Trump ignored, refused to go along with an apparently illegal scheme. He angered Trump severely, so when the armed insurrectionists who had breached the Capitol, were heard chanting “Hang Mike Pence,” and aides urged him to call off the mob, he refused. According to Hutchinson, Trump responded, “Maybe he deserves it.”He knew the mob was capable of great violence. He had been informed of intelligence that many who would attend his January 6 rally were carrying weapons. His response: he ordered security staff to removed the magnetometers that would detect concealed weapons among his audience and proceeded to deliver a fire and brimstone speech (above) to rile up their emotions. He told them to march on the Capitol and promised to be there with them. According to Hutchinson, it was only the intervention of the Secret Service that kept the president from being at the head of the invasion.

The Big Lie is the most recent in a long line of lies that have divided Americans so badly that Democrats and Republicans are no longer able to speak civilly to one another. Not since the Civil War when brother fought brother have we been so socially and politically fractured.

Where did it start, this long path to the fork in the road? Slavery? Jim Crow? The Civil Rights Act? School integration? Equal Opportunity legislation? Yes, all of these, because they eroded the power that white men accepted as a birthright.

Women’s suffrage? The near passage of the Equal Rights Amendment? Roe v. Wade? Yes again, and for the same reason. The predominantly white male power structure was threatened by the rise of strong, independent women.

It came to a head in 2008, when a black man (Barack Obama) and a white woman (Hillary Clinton) faced off for the Democratic presidential nomination. Too much!

Groups of self-styled “patriots” began forming paramilitary posses and accumulating weapons. Some of these people got themselves elected to Congress and organized into ultra-conservative blocs like the Freedom Caucus – supported by money from the super–rich, who were primarily interested in shaping the government to their capitalistic will, a fight they had been losing since Franklin Delano Roosevelt began regulating businesses and enacted Social Security.

So now we live in a country where the truth is not absolute, it is fungible. As Trump aide Kelly Ann Conway famously said, there are facts and there are alternative facts. Here’s a fact: Donald Trump is a liar. News organizations like The Washington Post and CNN were forced to create new reporting beats during his presidency – fact checkers. The New York Times took the drastic (for an Old Gray Lady) step of using the word “lie” in headlines about Trump’s cavalier disregard for the truth. And this was in 2016 – even before he was elected! Times Editor Dean  Baquet explained  he made the decision to allow such strong language after Trump continued to spread the infamous and debunked birther story – that President Obama was not born in the United States.

Fact checkers documented 30,000 lies told by the unrepentant  president during his four years in office. That alone should have been grounds for impeachment and conviction, but since a lie is the truth to those who chose (for their own political gain) to believe it, Trump is still the figurehead and power broker of the Republican Party.

And, barring indictment and conviction, he will run for president again. He has no shame, he is morally bankrupt, he is anti-woman (as his hand-picked Supreme Court justices, who lied to the Senate about their respect for precedent, demonstrated by overturning Roe) he is a racist and he is a pro-NRA gun enabler who is unmoved by the sight of children leaving their schools in body bags.

And the lies will go on. Social Security is an unnecessary entitlement, immigrants will destroy this country, a good man with a gun is the best defense against a bad man with a gun, climate change is a hoax, Covid will run its course and go away just like the flu. Taxes only hamper the economy, so businesses and the wealthy deserve a break. Vladimir Putin is an honorable man who did not try to influence the 2016 presidential election. We don’t need NATO. A degree from Trump University is a good thing.

Season Two of The Big Lie will debut soon. Maybe this one should be titled “Truth or Consequences.”

Are you watching the January 6 Hearings? 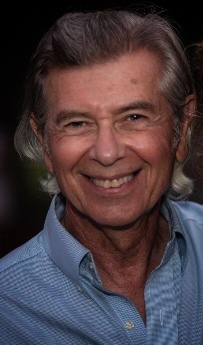 Frank Zini is a Journalist and Opinion Writer. He was a Managing Editor at The New York Post for over 10 years.

Spread the love
This DailyClout article is the writer’s opinion.
One of our country’s most important freedoms is that of free speech.
Agree with this essay? Disagree? Join the debate by writing to DailyClout HERE.
Spread the love
Previous StoryAmerican Board of Internal Medicine Sends THREATENING Letter to Doctor Researching COVID-19
Next StoryColumbia Professor PLEADS with School President to Rescind Vaccine Mandates