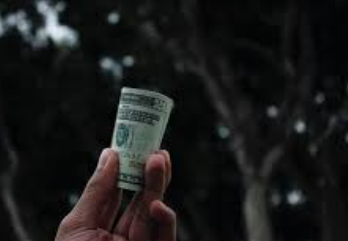 The campaign to pull corporate advertising from Twitter, following its purchase by SpaceX founder Elon Musk, is being led by a network of left-wing dark money activists with ties to prominent Democrat politicians and mega-donors.

An advocacy group formed in 2020 called Accountable Tech is organizing the pressure campaign, which has thus far succeeded in having the likes of Pfizer, Audi, General Mills, and other corporations pull their advertising expenditures from the platform.

Accountable Tech has taken credit for organizing an “open letter” signed by dozens of progressive groups, which demanded that multinational corporations cease advertising with Twitter immediately.

“Elon Musk’s takeover of Twitter came with his promise to advertisers like you that the social network would not transform into a “free-for-all hellscape” and would remain “warm and welcoming to all.”

“We, the undersigned organizations, call on you to notify Musk and publicly commit that you will cease all advertising on Twitter globally if he follows through on his plans to undermine brand safety and community standards including gutting content moderation.”

You get the gist of it by now. The parties to this letter are attempting to force Elon Musk to revert Twitter back to its old, state-attached form.

Accountable Tech is financed by The North Fund, a D.C. nonprofit that is controlled by Arabella Advisors. Yes, there are multiple levels of confusion and separation, and this is on purpose. But the relevant outfit here is Arabella Advisors.

Arabella is considered the leading “dark money” political outfit in the United States. Yes, it’s much bigger and much more influential than the highly publicized “Koch Network.”

The Arabella network shields the sources of its funding by funneling its cash and political expenditures through  501c4 non profits. However, its for-profit outfit brought in $1.7 billion in 2020, and spent $1.2 billion on the 2020 election cycle.

Through its subsidiaries, Arabella has dumped hundreds of millions of dollars into projects such as fighting the Kavanaugh nomination and impeaching President Donald Trump. They’ve also financed the “NeverTrump” political advocacy of progressive war activist Bill Kristol.

So who funds Arabella?

A significant chunk of the group’s cash also comes from overseas. Hansjörg Wyss, an 87-year-old far-left Swiss billionaire who does not appear to be an American citizen, has given over $135 million to the fund, The New York Times reported. Nicole Gill, the co-founder of Accountable Tech, was previously a director at the Wyss-financed The Hub Project.

With elections right around the corner, Accountable Tech is acting exactly as intended. It is a left-wing intimidation machine that seeks to censor speech, with hopes to leverage a decline in advertising dollars to revert Twitter back to its pre-Musk form, as a state-sponsored machine for institutional narrative advancement and political suppression. 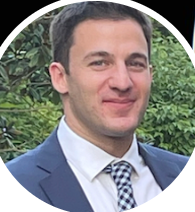 Spread the love
This DailyClout article is the writer’s opinion.
One of our country’s most important freedoms is that of free speech.
Agree with this essay? Disagree? Join the debate by writing to DailyClout HERE.
Spread the love
Previous StoryWhy Are Cancers Escalating Post-mRNA Vaccination?
Next StorySome Want Amnesty. What Do YOU Say?