The Sentient World Simulation – Was It Used for the COVID-19 Pandemic Response? 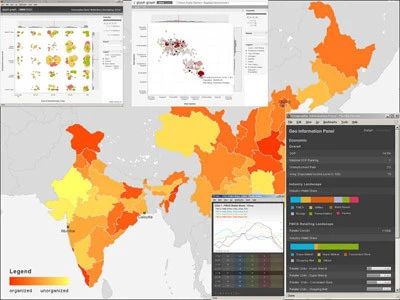 A world simulation was developed for the US military. If this technology was not used to find the optimum Covid pandemic response, then it was a missed opportunity. But, if the technology was used, there are sinister implications.

In 2007, Frank Catanzaro, the Chair of Cyber Futures, presented his “Mirror World” concept at the World Federation of United Nations Associations (WFUNA) Millennium Project think-tank. [https://www.slideshare.net/maui1/cyber-node-report] Mr. Catanzaro continued his work on the concept, which led to the creation of the Sentient World Simulation (SWS). The SWS parallel to planet Earth simulated hospitals, pipelines, places of worship – and us, the people.  SWS would be updated with real-world events in near real-time, and our virtual counterparts would adapt. Copies of the planetary simulation, dubbed Excursions, allowed different scenarios to be evaluated before choosing the best for implementation in the real world.

SWS sounds like the ideal tool for the job when the job-at-hand is to find the best possible response to a global pandemic. The system even had a societal epidemiological model back in 2013 when it was evident that SWS was live and being used by industry and military. [Chaturvedi, Rashmi, et al. “Got a Problem? Agent-Based Modeling Becomes Mainstream.” Global Economics and Management Review, Elsevier, 24 Dec. 2013, https://www.sciencedirect.com/science/article/abs/pii/S2340154013700069.] Scouring the Web and news reports turns up zero evidence that SWS was used to positive effect during the COVID crisis.  As the New York Post wrote on August 17, 2022: “The head of the US Centers for Disease Control and Prevention announced plans to overhaul the agency Wednesday (August 17) while admitting to major mistakes in handling the pandemic.”  If SWS was not used to model multiple, different pandemic responses in order to find the best of the best, then this oversight was one of those “major mistakes” in this writer’s view.  More disturbing is the notion that SWS was used and that the version of the planet in which chaos reigned was chosen with malice aforethought.

From published papers, we know SWS was live in 2013. One such paper is “Got a problem? Agent-Based Modeling Becomes Mainstream” [Chaturvedi, Rashmi, et al. “Got a Problem? Agent-Based Modeling Becomes Mainstream.” Global Economics and Management Review, Elsevier, 24 Dec. 2013, https://www.sciencedirect.com/science/article/abs/pii/S2340154013700069.] The paper writes that in the private sector, “SWS was used to represent the market of India at the provincial level for a large multinational firm in the CPG (consumer packaged goods) industry. Specifically, SWS was used to explore the introduction of the people’s car.”  Turning to the public sector the paper notes, “The US military has utilized the SWS to simulate US military operations in other countries. The SWS has evolved from several generations of computational experimentation involving large-scale simulation exercises – the most notable of which was Urban Resolve (UR 2015) – and to support the International Security Assistance Force (ISAF) in Afghanistan.”

SWS is rooted in and uses elements of a system named the Synthetic Environments for Analysis and Simulation (SEAS). Developed at Purdue University since the 1990s, SEAS was subsequently made a proprietary system of Simulex Inc.  SEAS, itself, was combat-tested in Afghanistan in 2006-2007 where Simulex used continuous validation to compare reality against SEAS outputs (“Continuous Validation Framework: A Case Study of SEAS and Afghanistan”, November 2008 by Rashmi Chaturvedi, S Mellema, Alok R Chaturvedi, M Mulpuri, G Pinczuk).  A further article “A Process for Anticipating and Shaping Adversarial Behavior” [McKay, Shawn C., et al. “A Process for Anticipating and Shaping Adversarial Behavior.” Wiley Online Library, Naval Research Logistics, 11 Mar. 2011, https://onlinelibrary.wiley.com/doi/10.1002/nav.20440.] describes how SEAS was deployed in Kandahar Province, Afghanistan and demonstrates how, using the simulation, “Taliban (Red) combat actions are anticipated from the perspective of the coalition forces (Blue) across time, across space, and by the current state of the region and then shaped to Blue’s desires.”

A major selling-point for SWS is that it is a “holistic framework” allowing multiple, diverse models to run rather than just a single model. “In the SWS environment, this holistic framework consists of geographic entities (nations, provinces, cities), their infrastructures (electricity, telecommunications, transportation), political systems (types of government, political parties/factions), social systems (institutions, groups), economic systems (formal and informal sectors), and information systems (print, broadcast, Internet),” states the 2013 piece published in Global Economics and Management Review. It goes on: “Current versions of the SWS include virtual nation models for over 80 countries. To represent a virtual nation, individual citizen agents are constructed with behavioral, cultural and social traits.”  [Chaturvedi, Rashmi, et al. “Got a Problem? Agent-Based Modeling Becomes Mainstream.” Global Economics and Management Review, Elsevier, 24 Dec. 2013, https://www.sciencedirect.com/science/article/abs/pii/S2340154013700069.] At the level of the individual, SWS boasted 26 different models in 2013 to determine individual behaviors driven by their health, security, religion, education, freedom of movement and emotional state – and, as a member of wider society, using citizen unrest, rumour propagation and epidemiology models.

It is hard to understand, in this writer’s view, how SWS could have been overlooked during the Covid crisis. It is clear that SWS had depth, sophistication and had been tested and validated in battle well before Covid. SWS models individuals. It models organizations. It models institutions and, in that sphere, has a global economy model.  If SWS was not used to simulate the impact of Covid and find the optimum response, then it was an opportunity missed – and not so much a shot just clipping the bullseye, but a stray shot.  Should it ever emerge that SWS was, in fact, used to plan the pandemic response, then there are truly sinister implications for us all.

Iain Dawson is a Data Architect, Data Engineer and Data Scientist who has worked in the public and private sectors in the UK and US. Iain is a War Room/DailyClout Pfizer Documents Analysis volunteer and one of the developers of Abstractor, sponsored by DailyClout. Abstractor allows open access to search the approximately 100,000 pages of Pfizer clinical trials’ documents and data released by the FDA, under court order, to date.

Spread the love
more
This DailyClout article is the writer’s opinion.
One of our country’s most important freedoms is that of free speech.
Agree with this essay? Disagree? Join the debate by writing to DailyClout HERE.
Spread the love
more
Previous StoryCommentary: Indonesia will struggle to stay the course on hiking fuel prices
Next Story“America is Successfully Pursuing ESG = Extreme Shortages Guaranteed”