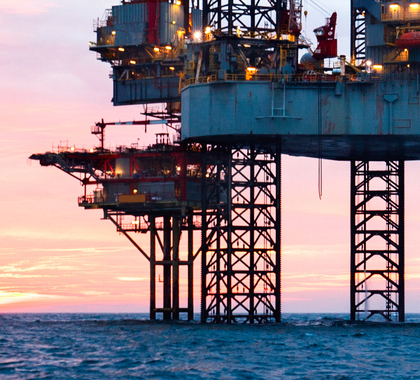 Everything that needs electricity is made with the oil derivatives manufactured from crude oil. In an all-electric world, there will be nothing to power without oil.

Energy growth, electricity AND the products made from oil derivatives manufactured from crude oil and the fuels to power ships, planes, militaries, and space programs, are directly linked to prosperity and well-being across the globe.

Today, most of the energy the world consumes is from hydrocarbons, with crude oil being the dominant source of transportation fuels. Today, crude oil is the ONLY source for the oil derivatives manufactured from crude oil that makes more than 6,000 products for society.

President Biden’s U.S. Energy Information Administration (EIA) projections are that world energy consumption of crude oil, coal, natural gas, electricity from renewables, and nuclear will grow by 56 percent between 2010 and 2040. Without any replacements or clones to what fossil fuels can provide the EIA forecasts that fossil fuels will continue to supply nearly 80 percent of world energy use through 2040

President Biden and Sacramento leaders, from Governor’s Brown, Schwarzenegger, and now Newsom, have supported reductions of in-state oil production. And all remain supportive of Biden’s pledge that “we are going to get rid of fossil fuels”.

Another way to interpret Biden and Newsom’s pledge for an all-electric world:

America is in fast pursuit toward achieving President Biden’s stated goal that “we are going to get rid of fossil fuels”. Today, Biden supports and encourages banks and investment giants to collude to reshape economies and energy infrastructure with their Environmental, Social and Governance (ESG) divesting in fossil fuels  movement. ESG is an extremely dangerous precedent as the American people never voted to give banks this sort of control over our country.

With no known replacement for crude oil, Biden and the ESG believers need to be careful about eliminating “all” 3 fossil fuels! America continues to contribute to China’s domination as divesting in crude oil, the same oil that changed the world after 1900, guarantees shortages and inflation in perpetuity of products supporting societies and economies.

It seems obvious that the efforts to cease the use of crude oil may be the greatest threat to civilization. Attempting to attain a decarbonized world like the one that existed in the 1800’s and before, could result in Billions of fatalities for the eight billion on earth from disease, malnutrition, and weather-related deaths, versus the projections of millions of fatalities from changes in climate.

The world leaders are experiencing a “dangerous delusion” of a global transition to “just electricity” that eliminates the use of the fossil fuels that made society achieve so much in a few centuries.

There were almost 700 oil refineries as of January 2020, but as a result on continuous over regulations and permitting delays and the worldwide support of the Environmental, Social, and Governance (ESG) to divest in fossil fuels, the right operating model and level of integration will be crucial for survival and sustained profitability of refineries.

Consequently, one in five oil refineries are expected to cease operations over the next five years. One in five is 20 percent, or almost 140 refineries expected to be shuttered worldwide, resulting in a 20 percent decline in the products manufactured to meet the ever-increasing demands form society. With the reduction in manufacturing capabilities, shortages and inflation in perpetuity are likely the new norm!

As of 2021, there were eighty-eight new facilities in planning or under construction in Asia and Europe is set to see an addition of twelve petroleum refineries. The amount of oil fed through refineries in Asia has significantly increased in the past three decades as demand for petroleum products surged in developing countries such as China and India. China is on track to succeed the United States as the country with the greatest oil refinery throughput.

The key challenge is meeting the growing demand for energy in an environmentally friendly and safe manner. Energy supplies are crucial to economic growth in both developed and developing countries to power businesses and homes, connect communities across boundaries, provide safe water, move commodities, and ultimately promote human and economic development.

While renewables continue to underperform in the generation of electricity, subsidies continue for wind and solar power plants based on “nameplate ratings”. Wind and solar should be penalized when they cannot deliver that for which they have been permitted. And while America promotes the “nameplate farce” of wind and solar, crude oil continues to be targeted for elimination along with coal and natural gas, even though oil is seldom used for generating electricity.

The unintended consequences of attempting to rid America and the world of crude oil usage are being realized in supply shortages and soaring prices  resulting from the elimination of products and fuels manufactured from crude oil that support:

Simply put, the goal to “electrify everything” is a de facto energy tax on low- and middle-income citizens that could add more instability to already proven unstable power grids.

It is mind boggling that America continuously perpetuates greater reliance on foreign countries for the products demanded by society, and for the exotic minerals and metals to support wind, solar, and EV batteries. America is successfully pursuing ESG, i.e., Extreme Shortages Guaranteed and inflation in perpetuity that is associated with unreliable supplies to meet ever increasing demands.

Spread the love
This DailyClout article is the writer’s opinion.
One of our country’s most important freedoms is that of free speech.
Agree with this essay? Disagree? Join the debate by writing to DailyClout HERE.
Spread the love
Previous StoryThe Sentient World Simulation – Was It Used for the COVID-19 Pandemic Response?
Next StoryUC Berkley Sends a Concerning Mandate Email