Commentary: Indonesia will struggle to stay the course on hiking fuel prices 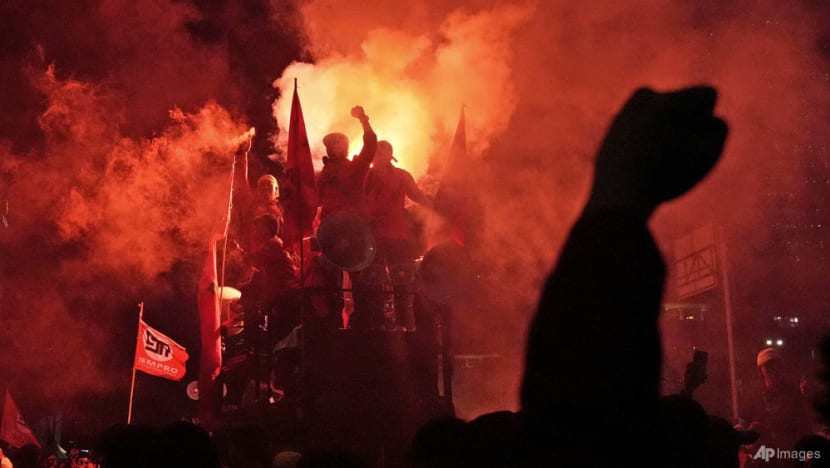 but it will be a tall order amid rising inflation, says a researcher.

SINGAPORE: Buffeted by higher global fuel prices, the Indonesian government has increased fuel prices at the petrol pump by 30 per cent. The government has justified the increases as a method to reduce the strain on the country’s coffers, which have been caused by ballooning subsidies that keep petrol prices lower.

Given the widespread dependence on subsidised fuel in a generally low-income society, there is apprehension about the significant impact of rising fuel prices on household incomes. In addition to the 30 per cent rise in petrol pump prices, the government also announced rationing of the cheaper, lower grade petrol to some consumers, including both ride-hailing drivers and middle-class consumers.

However, this now seems to have been delayed. The price of subsidised Pertalite gasoline was raised from 7,650 rupiah (US$0.50) a litre to 10,000 rupiah, while that of subsidised Solar diesel rose from 5,150 rupiah a litre to 6,800 rupiah.

Besides revising the prices for Pertalite and Solar, Pertamina – the national oil firm – also announced the increase of unsubsidised Pertamax, the highest petrol grade, from 12,000 rupiah a litre to 14,500 rupiah.

The government’s rationale for lifting fuel subsidies is strong. Petrol prices in Indonesia have not risen since 2014 while international prices have risen dramatically in 2022. The result is that government subsidies paid to keep prices lower have trebled from what was anticipated in Indonesia’s budget. It now stands at US$47.4 billion.

But the price increases are occurring at a time when inflation in Indonesia, at 4.94 per cent, is the highest it has been since 2015. The Minister of Finance, Sri Mulyani, remains confident that it can be restrained – to an extent.

Rises in prices at the petrol pump are extremely politically sensitive in Indonesia as they are perceived to fuel inflation in a generally low-income society. Demonstrations have continued almost daily around Indonesia.

They are largely spearheaded, as usual, by students, although this time there have also been angry demonstrations by drivers working through platform application services firms such as GoCar and Grab. These drivers, while perhaps having more hours of work than prior to the use of apps, must share their income with the firms and also pay for petrol and repairs themselves.

The fuel price rises compound matters, since Indonesia has a minimal public transport system which is complemented by motorbike taxis and ride-hailing drivers, especially in towns and cities outside Jakarta. Disruption of these services through demonstrations and an increase in transport prices will hit the middle class, and in particular lower-middle class consumers.

Spread the love
more
This DailyClout article is the writer’s opinion.
One of our country’s most important freedoms is that of free speech.
Agree with this essay? Disagree? Join the debate by writing to DailyClout HERE.
Spread the love
more
Previous StoryTwitter whistleblower Peiter ‘Mudge’ Zatko’s testimony was ‘terrifying’ for Capitol Hill staffers
Next StoryThe Sentient World Simulation – Was It Used for the COVID-19 Pandemic Response?