The Electoral College May Never Die 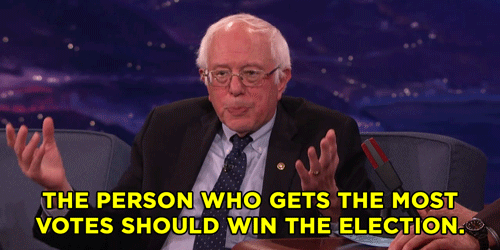 Yesterday, across the country, members of the Electoral College cast their ballots at last, and confirmed Donald J. Trump as President-Elect.

There is a lot of protest and dissension right now about the institution of the Electoral College. Many voters oppose it — who don’t actually understand what it is.

The 2016 election marks the third time in only 58 elections that the President of our nation will have lost the popular vote. Many people feel that this system is not a true democracy.

This outcome is the result of a system that allows a Wyoming resident’s vote to count for more than three times as much as does that of a ballot cast by a California voter.

California’s 55 electoral votes each represent nearly 700,000 people, while Wyoming gets three electoral votes — despite that state’s having just under 600,000 residents living in the state in total. The Founders developed this system in order to protect smaller states from being overwhelmed by the will of larger ones; but demographic changes have distorted the original intention.

People signing anti-Electoral College petitions want to ‘do away’ with the system. Well, the Founders made it difficult to jettison key elements of their delicate creation. It would take a Constitutional amendment to actually abolish the Electoral College.

There have been efforts to do just this. Lawmakers such as Charles Rangel (D-NY) and Barbara Boxer (D-CA) have proposed amendments that would do exactly that. They propose these amendments on a more or less yearly basis and have done so for years, only to watch them die in one committee or another.

The stubborn fact is that our system has established the Electoral College as being nearly unkillable. The situation remains that any amendment that threatens the Electoral College would be doomed, even if it managed to survive Congress. Why is this? Because there are currently enough states, such as Wyoming, that are drastically overvalued by the current system, that the necessary 38 state majority needed in order to ratify an amendment, is unlikely; as this outcome would require that several states vote against their own interests.

This is a defunct system propping itself up on a archaic concern — the 18th Century worry that highly populated states might tyrannize those states that were more sparsely settled.

Our Founding Fathers’ wish to protect small states wasn’t the only motivation behind creating this now obsolete system. It made sense, perhaps, in an era in which the fastest way to communicate over long distances was by giving a handwritten letter to a man on a horse, and hoping he didn’t die en route. Electors are theoretically able to defy the will of the populace due to another archaic worry; the Founders feared that some demagogue could rally uninformed backwoodsmen to vote ignorantly.

With yesterday’s vote, the Electoral College has proven once again that it has no purpose today other than to take us further away from a true democracy.

Sadly, It would take a grassroots campaign aimed at the populations of overvalued states to ask their representatives to sacrifice power in the name of genuine fairness. That is a long shot, but perhaps the time has come to start asking. These small states have the ability to keep themselves in power, — so only if they relinquish this power willingly, can we move forward as a nation.