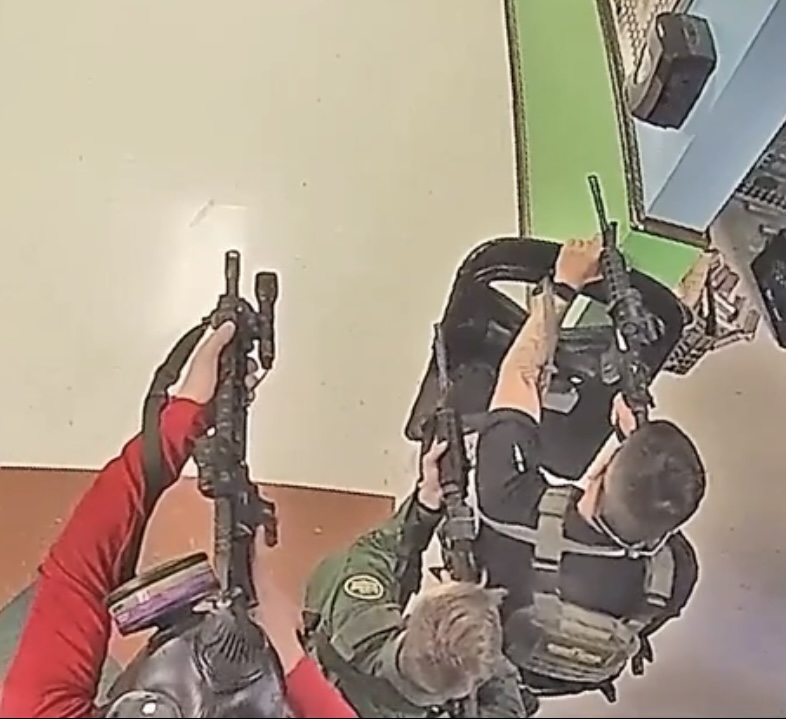 Shocking new security camera footage from inside Robb Elementary School reveals the delay and confusion amongst the responding Police officers.

First published by the Austin American-Statesman it shows the gunman entering a hallway at 11:33 a.m. 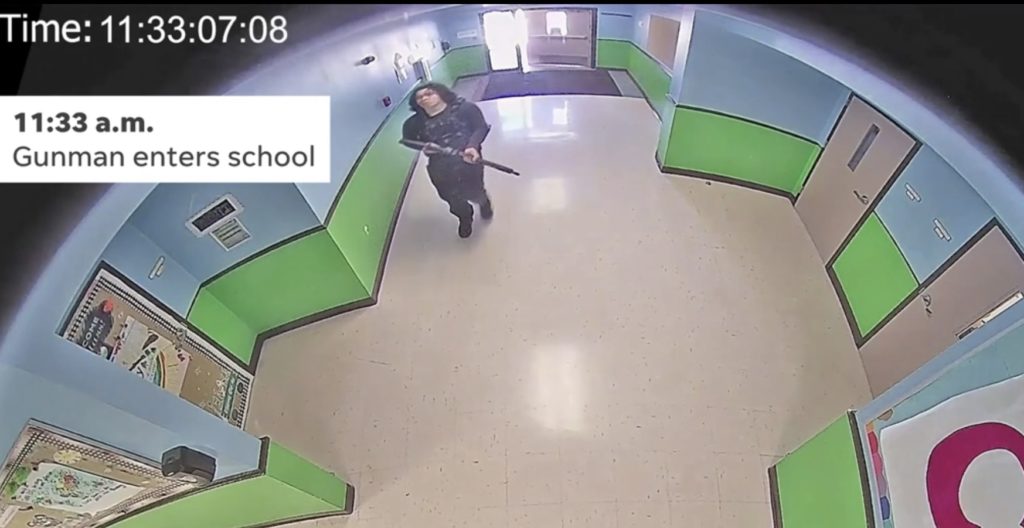 He enters classroom 111 and 112 and dozens of shots are fired. The first armed Police officers arrive in the hallway at 11:36 a.m. 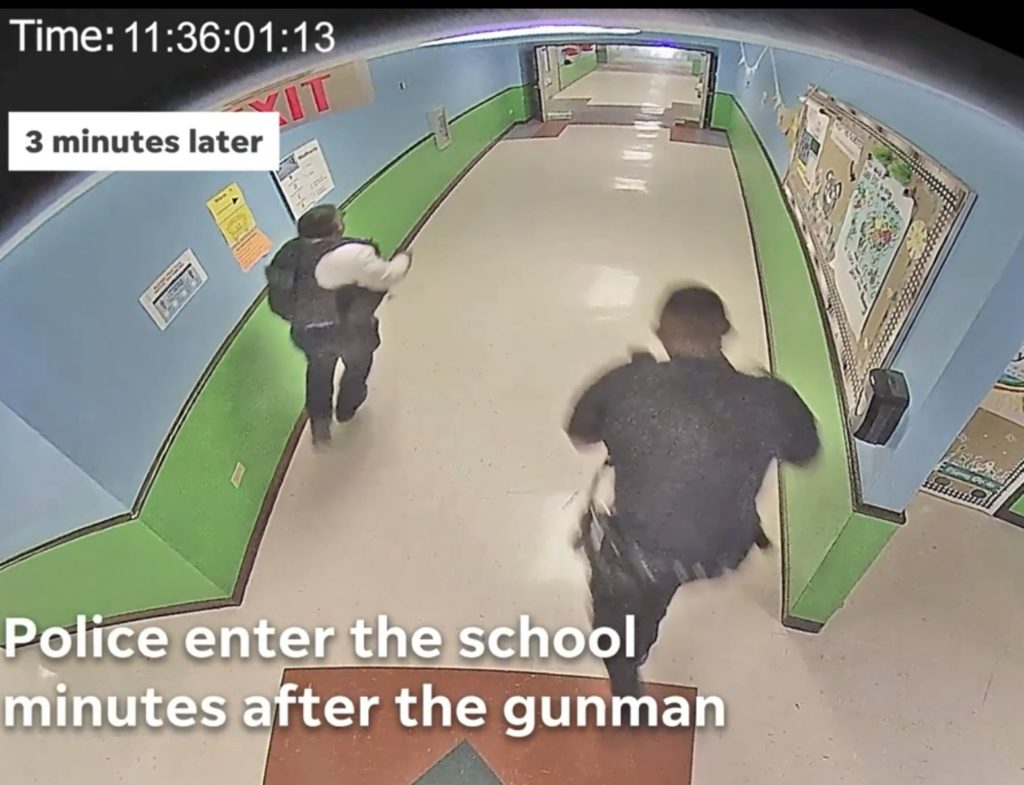 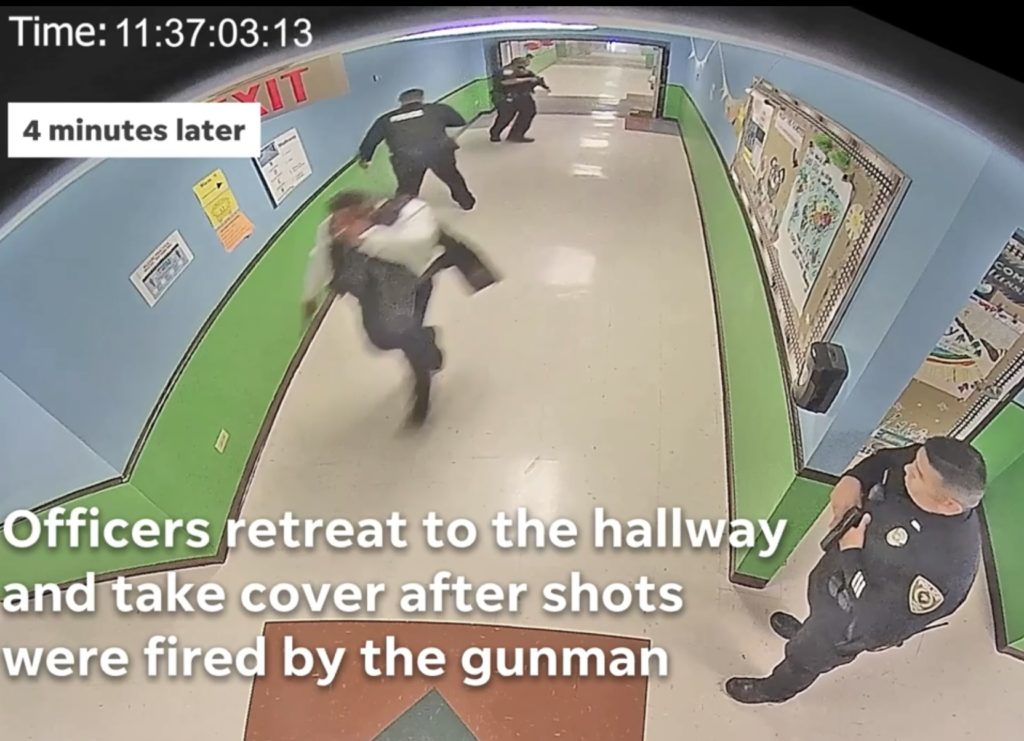 At 12:21 p.m. the Gunman fires four more rounds, while the Police – from up to seven different agencies – armed with shields and rifles gather in the hallway. 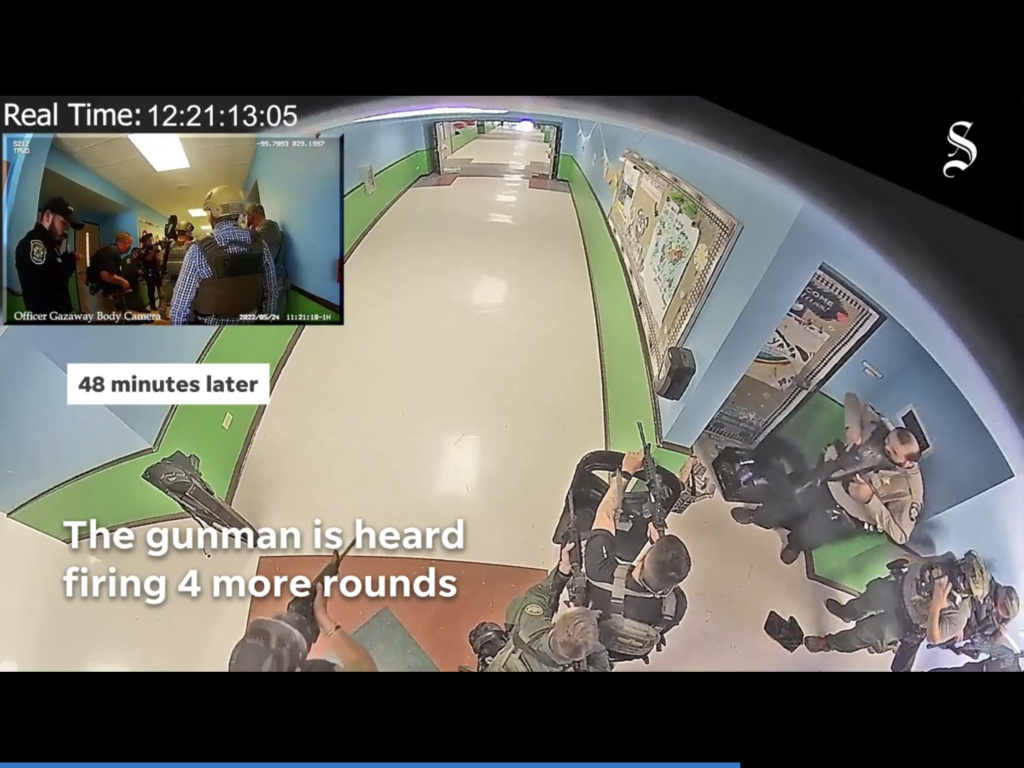 In one inexplicable frame an officer uses hand sanitizer while the armed team still waits. 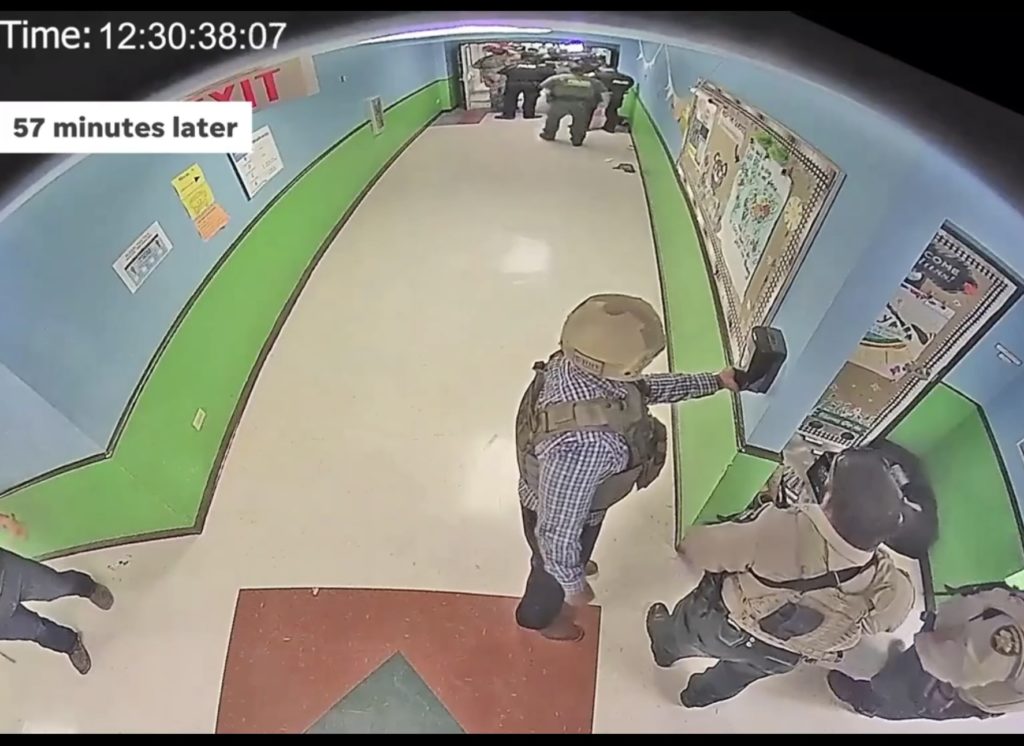 At 12:50 p.m. law enforcement is about to enter the classroom. It will be 77 minutes after the carnage started that the 18-year-old shooter is killed. 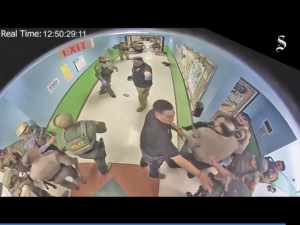 Parents and relatives have been incensed by the serious failures of leadership, training and breakdowns in communication.

Gun advocates have responded to previous  calls for a ban on assault rifles with the belief that more armed school protection officers would provide the protection needed.

This video and events in Uvalde throw that argument into sharp focus.