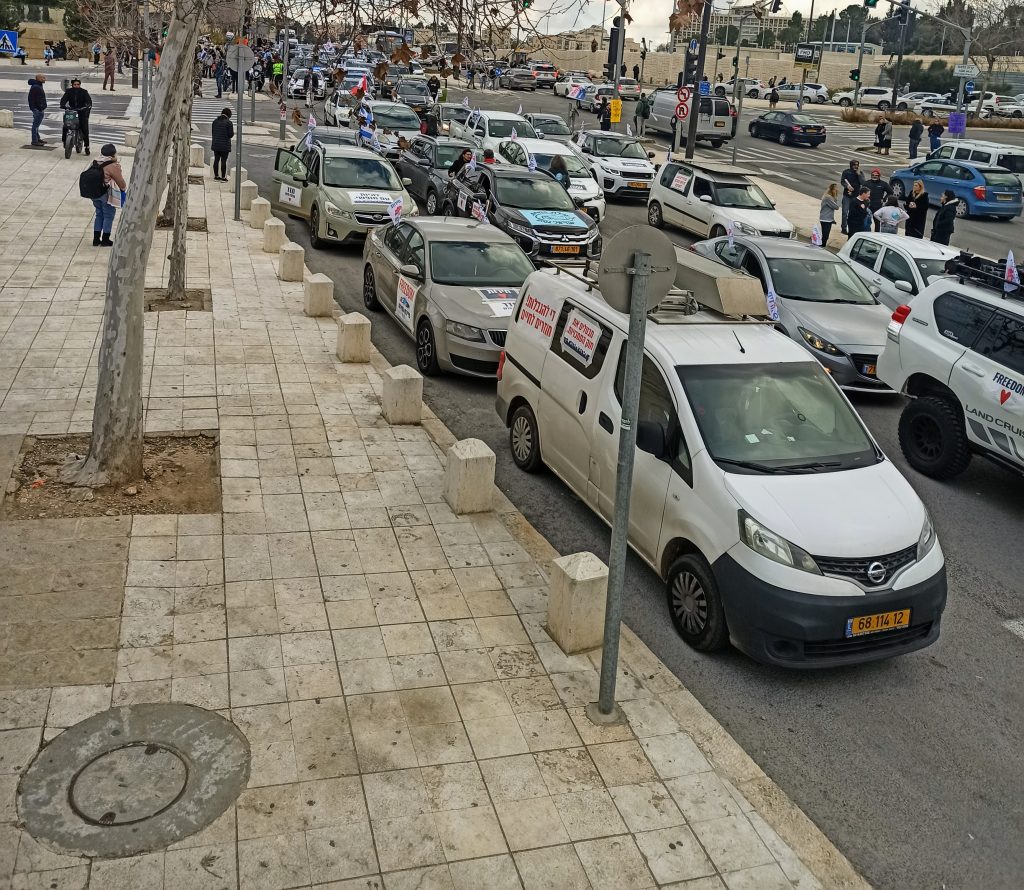 Israel Heads to the Polls

Israeli elections are taking place tomorrow, yet again. There’s plenty of coverage in the mainstream media such as Jerusalem Post about the various parties and candidates, but this post is going to focus on one small party called Ometz, which means Strength of Courage.

I had the privilege of speaking with the founder of Ometz, a courageous man named Professor Zvika Granot, of the Developmental Biology and Cancer Research Department at Hebrew University and the Faculty of Medicine. Professor Granot has been at the forefront of the medical freedom movement in Israel, and together with some colleagues and fellow activists, he created Ometz in August 2021. Professor Granot said the party was created out of necessity. He and his colleagues have fought tirelessly throughout the coronavirus crisis and did as much as they could to bring awareness to the civil rights that were being violated in the name of coronavirus. Unfortunately, not a single party running for government has medical freedom on the agenda, nor expressed any sense of remorse for the way the population was treated during lockdowns, and out of the necessity of having those ideas recognized in the government, Ometz was born.

There was no one else, so it was up to them. They put together a group of scientists, physicians, lawyers, and activists who felt this was the right time to enter politics as a means to create change. This was a completely grassroots effort, and their initial campaign run was funded by public donations amounting to 400,000 shekel. In comparison, a party called Yesh Atid which is the second largest party in Israel began their campaign with 40,000,000 shekel.

Ometz ran a lean campaign, that was heavily based on social media, and they received amazing support from the public as they grew, despite obvious suppression tactics they had to contend with.

There’s strong resistance to what they represent, and their somewhat controversial or anti-institutional views don’t engender any real will from the mainstream media to give them a platform and allow a broader audience to hear their message.

Professor Granot is optimistic about passing the threshold necessary to be included in the next Knesset. He feels they represent a large portion of Israelis, and that they’re likely to surprise the public with their outcome.

Professor Granot concluded by reminding the public that when you live in a democratic country, voting is your only way to influence what will happen in the future. He urges everyone to go vote, and take advantage of this privilege that we have to participate in these elections and make our voices count.

The video begins with Dr. Amir Shachar, who introduces himself as an ER manager who’s treated thousands of corona patients, speaking to the general Israeli public. Dr. Shachar makes the following points:

Next appears Limor Frira, the manager of the Vaccine Testimony Project. This was a video project created back in September 2021 with real-world testimonies of vaccine injuries, at a time when the Green Pass was choking everyone.

Here’s what she has to say:

Following her, another woman appears in the video, named Alona Almon. She said that in the beginning of the Corona crisis, she understood that we were being lied to. It was clear to her that the Ministry of Health was paying hundreds of millions of shekel to the media to create an environment of fear and hysteria, and push the lie that the vaccines are “safe and effective”. She decided to do something about it and turned to alternative media. She’s here to cut the institutions out of our lives.

Finally, Professor Zvika Granot appears. He said that he believed the Ministry of Health and he got vaccinated. Twice. Then he realized the truth was being silenced in the media. He saw citizens of Israel being persecuted by their own government, and created Ometz, the only political party that will fight for your civil rights.

Spread the love
This DailyClout article is the writer’s opinion.
One of our country’s most important freedoms is that of free speech.
Agree with this essay? Disagree? Join the debate by writing to DailyClout HERE.
Spread the love
Previous StoryBombshell Emails: CDC Pressured FDA to Authorize COVID Boosters Without Clinical Trials
Next StoryColumbia Shuswap Regional District Drops Covid-19 Vaccination Policy