NYC’s Newest Unconstitutional Mandates – A Letter from an NYC Mom 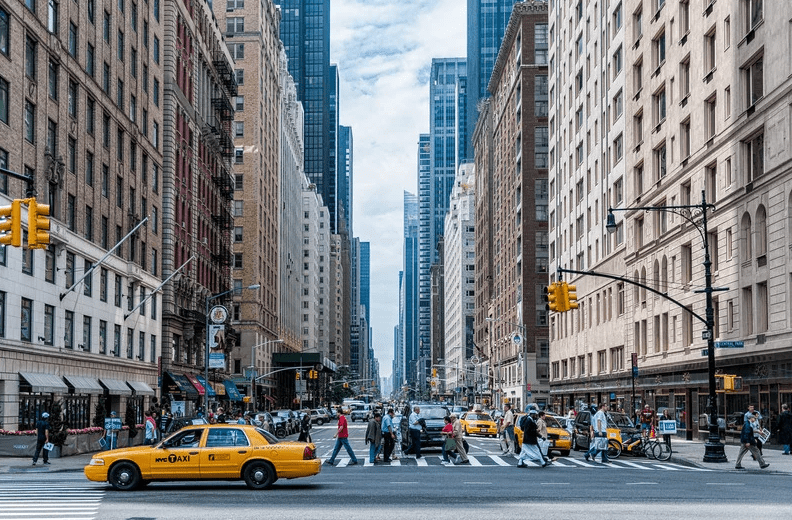 G.K. Chesterton once said “The true soldier fights not because he hates what is in front of him, but because he loves what is behind him.”

Let me introduce myself: I live in NYC, I am a mom of 2 children (17 & 9) and a registered nurse. I am an immigrant to this wonderful country. I was raised in former Yugoslavia, survived war in Balkans in 1990’s, and came to America as a young adult. I had no family to support me when I came to America,  no money, and I have worked very hard to get myself educated and raise a family. I am a strong believer in the United States Constitution and have always believed that everything is possible in America if you are willing to work hard.

I am struck by the ignorance of many Americans and their belief that America is the worst country in the world, because many of them don’t know what treasure they truly have, until they lose it very soon. I hope this never happens, but we are hanging on the edge, staring into the abyss. I vividly remember communism growing up and I know the life struggles of my parents and my grandparents. I came to this country so my children don’t have to struggle and live under tyranny like my grandparents did.

This is one of the reasons I got involved with surety bonds, because it is a passive way to hold governments accountable. Through Bonds For the Win, I was not only able to learn about the FOIA, but also understand how government is structured and what their responsibility is to us.

Bonds for the Win – Bonds For the Win Through FOIA, we can request almost any information from the government and governmental agencies,  including oath of office and surety bonds that all public officials (either elected or appointed) are required to obtain before they are sworn in. We are all aware of the massive ESSR (public)/EANS (private) school funds, sponsored by the United States taxpayers that have been distributed by the federal government to individual states (governors).

These funds were used to support masking, testing, CRT, and transgender studies, while a very small amount has been invested into our crumbling school buildings and most importantly a quality, well-rounded education for our children.

What Happened in May of 2021? – Bonds for the Win Many parents across the country that have been filing FOIA’s, notices of intent and holding school boards accountable for what they are doing to our children, have recently been declared by mainstream media to be “paper terrorists.” Parents against mask mandates use bogus ‘surety bond’ claims to flood schools with paperwork (nbcnews.com) Asking to remove books on pedophilia from school libraries is on a “laundry wish list” for parents like myself, according to NBC. Not surprisingly, the NBC story follows along lines of the current Biden regime. We can’t question the regime or hold it accountable? Is this America?  https://www.dhs.gov/ntas/advisory/national-terrorism-advisory-system-bulletin-february-07-2022  Hermes Fernandez, legal counsel at the NYSIR calls FOIA requests more a way to “… intimidate school boards and superintendents than making a valid informational inquiry,” On Board 3-14-22_PRINT (nyssba.org)

While surety bonds have been successfully obtained in many states like Arizona, Texas, Pennsylvania, and California, in New York, we have been less successful in obtaining surety bonds from Governor Hochul, NYS Commissioner of Health Bassett, NYC council members, Mayor Adams of NYC, Commissioner of Health of NYC Chokshi, NYC DOE Chancellor Banks, NYC UFT President Mulgrew, and many school boards and superintendents across the state, after multiple requests. They are truly running us in circles, referring us to various offices, with no end goal in sight. Where are their surety bonds?

In all of this- we are undergoing severe Constitutional crisis in New York. The NYS regime has now decided to spew more regulations on NYS residents but have virtually lifted masks and vaccine mandates for all, except for children under 5 years old that do not have “EUA authorization” for vaccines. Do you know who else mandates masks?  Hospitals and prisons!

We are having 4- and 5-year-olds masked up in NYC while sick, vaccinated adults can enter any facility without a mask.

Do NYC officials read CDC data, or do they not care? CDC COVID Data Tracker

Obviously not, but NYC DOE “approves” shaming and discriminating of the unvaccinated children and wants them shunned from society. Why aren’t any of the teachers involved in “middle school play” fired and held responsible? How about Superintendent Loughlin? Where is her oath of office and surety bond?

In addition, another regulation has been put in place that sets forth testing in public schools and puts power, once again, into the hands of unelected official Commissioner of Health Ms. Bassett.

Quarantine and isolation regulation is in effect, officially, as a regulation (behind closed doors).  Did you know a job posting for a LSW has been published for New York State “COVID Isolation facility” was published on Indeed weeks ago? Why do we need LSW for “isolation facilities” in NYS? We need more nurses in hospitals and cops on streets that have been fired due to illegal and unconstitutional mandates.

NYS Lawyer Mr. Chad J. LaVeglia is representing a group of parents heading the spear against tyrannical Governor Hochul, Commissioner of Health Bassett, and tyrannical mandates. The state has filed a brief, last minute leaning on section 2.60 and the newly imposed regulations.

If you think this fight against mandatory vaccines and other regulations has ended, it hasn’t. New York State Legislature has you “covered” with bills.

“Requires a health care provider who administers an immunization to a person nineteen years of age or older to report such information to the department of health or to a regional health information organization unless such person objects to such reporting.”

“Permits any child who is at least fourteen years of age to have administered to himself or herself certain immunizations required or recommended by law.”

“Relates to requiring immunization information systems to record data on the number of vaccine exemptions reported by each health care provider.”

Not many NYS Republicans in either State Assembly or State Senate have come out with statements, or attempted to stop any of these illegal, unconstitutional mandates and regulations for last two years. Only 12 GOP Assembly members (what happened to the other 31?) wrote a letter to Governor Hochul on 1/28/2022 urging him to “reverse the course and return authority” to local government, noting that “original emergency declaration” issued by Governor Cuomo ended on June 2021.

The current SAPA regulations are basically an illegal power grab of our legislative branch by Governor Hochul and Commissioner of Health Bassett and also serve as “intermittent- on the books- rules” in place of what the majority Democratic legislature is preparing to pass.

While the Ukrainian crisis is important, it should not take away from the attacks on individual freedoms and rights granted by our Constitution that are currently taking place on our own soil. How can anyone of sound mind erase last two years? Have people truly forgotten what the government has been doing to us?  The testing, the vaccines, the masks, job loss, coercion… the list goes on.

Even Republican Congresswoman from 11th congressional district, Nicole Malliotakis, became teary-eyed when Ukrainian-born Congresswoman from Indiana, Victoria Spartz, spoke on national TV about crisis in Ukraine. When I called Congresswoman Malliotakis few weeks ago to voice my concern about the regulations that have been imposed on us, her office stated that they are “not aware.”

I really wonder, does Congresswoman Malliotakis ever become teary-eyed when hearing about her youth constituents committing suicide due to social isolation during COVID, or overdosing on illegal drugs trafficked through our southern border? Does she cry when our veterans commit suicide when they realize what this country (that they gave their limbs for and destroyed their families) has become? Do any members of the US Congress or US Senate cry for our American children?

We have all been abused, denied our rights, been coerced into taking experimental treatment that is still under EUA and Federal Law 21 U.S. Code § 360bbb–3, which requires option to accept or refuse all products.

In addition, many international, federal, and state laws have been, and continue to be, violated. None of the politicians in office are saying anything despite the evidence that is en masse coming out.

Why? When are we going to get answers from any of them?

I would like to spread awareness on what is happening in New York State and in New York City – I speak in the name of many of us parents, from NYC and NYS that are alert, alarmed, and sick and tired of the NYS and NYC government wanting to harm us and our children. But, guess what? We are not giving up!