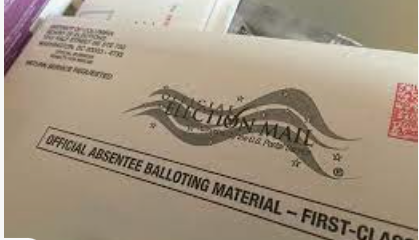 Nick Langworthy, the New York Republican Chair, and candidate for Congress is one of a dozen plaintiffs who filed a lawsuit in Saratoga County Supreme Court against New York Governor Kathy Hochul, and the NY Board of Elections.

The lawsuit challenged the Constitutionality of two recently enacted laws. One that allows people to cast absentee ballots if they “fear contracting a disease like Covid-19”, and another that changed the process for canvassing absentee ballots.

The presiding judge, State Supreme Court Justice Dianne Freestone ruled in favor of the Republican plaintiffs on Friday on both challenges and ruled that the newly instituted laws violated the Constitution.

In her decision, the Judge noted that despite a general vote in 2021 that overwhelmingly rejected the option to allow absentee votes for any reason, the Legislature put forth the new laws.

In regard to the allowance of absentee voting due to “fear of Covid” (referred to in the lawsuit as Chapter 763), the Court found the process of enacting the law to be unconstitutional.

Justice Freestone made it very clear that the way the Legislature took control over a matter as sensitive as the absentee ballot was not what the Framers intended.

The Democratic party immediately vowed to appeal the ruling, as reported by The NY Post.

AB-10541–Allows qualified voters who are primary caregivers of one or more individuals to vote by absentee ballot regardless of whether the individuals cared for are ill or physically disabled.

Spread the love
This DailyClout article is the writer’s opinion.
One of our country’s most important freedoms is that of free speech.
Agree with this essay? Disagree? Join the debate by writing to DailyClout HERE.
Spread the love
Previous StoryPlaintiffs Needed in Ohio! Can You Help?
Next StoryThe Real Anthony Fauci – The most censored book of our lifetimes is now the Must-See Movie