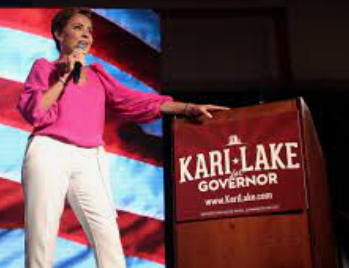 UPDATE: Here’s a report from Jack Posobiec. A staffer is currently under medical supervision and the headquarters have been shut down for the remainder of the campaign.

It appears domestic terrorism may have hit Arizona gubernatorial candidate Kari Lake’s campaign as reports of “white powder” and a bomb threat have shut down her headquarters. According to Ryan Fournier:

BREAKING: Envelopes filled with a “white powdery substance” were found at Kari Lake’s campaign office. FBI, Phoenix PD and Hazmat teams are on the ground.

Jack Posobiec reported the bomb squad was there as well.

Here are the details known so far from Daily Mail:

The incident appears to have taken place Friday night or early Saturday morning but information has been slow in coming out.

This is a developing story and will be updated as more information is made available.

Spread the love
This DailyClout article is the writer’s opinion.
One of our country’s most important freedoms is that of free speech.
Agree with this essay? Disagree? Join the debate by writing to DailyClout HERE.
Spread the love
Previous StorySome Want Amnesty. What Do YOU Say?
Next StoryLetters to Dr. Walensky and her Rabbi