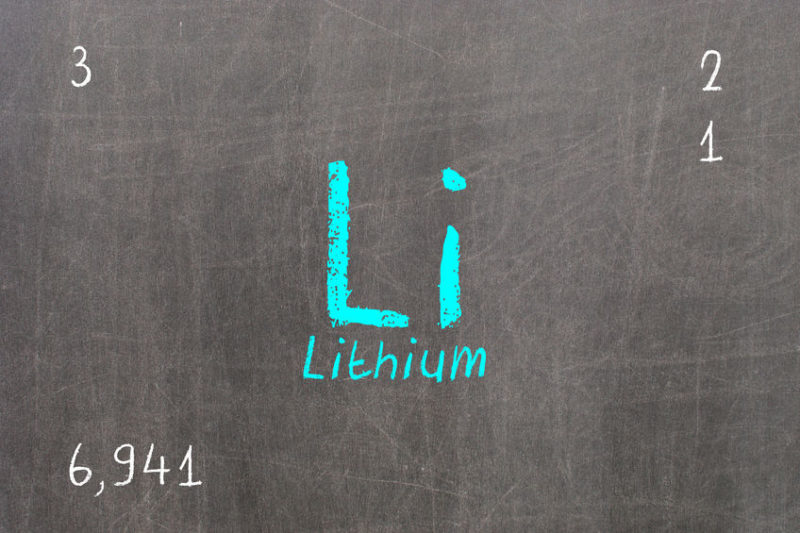 Dependence on lithium mining in America to qualify for subsidies, will further negatively impact the lithium supply chain for batteries and stagnate the mandated transition to EV’s.

After his mandate to transition to EV’s, President Joe Biden then signed The Inflation Reduction Act (IRA) that requires EVs to contain a battery pack and other parts built in North America with minerals mined or recycled in America. With the chance of strip mining for lithium in America being slim to nil, no EV’s will qualify for the tax credits in the IRA.

Biden’s goal of 50 percent EV sales by 2030 will test lithium supply chains and the economic strength of the American society to meet those projections without any subsidies to procure those vehicles.

While the race is on to produce more lithium in the United States as the supply chain for the major component of EV batteries, lithium, is already being compromised internationally. The following international dark clouds on the lithium supply chain may be a prelude to an American rejection of strip mining in the most environmentally regulated and controlled communities in the world:

Due to potential fires, the FAA prohibites in checked baggage, spare (uninstalled) lithium metal batteries and lithium-ion batteries, electronic cigarettes and vaping devices. They must be carried with the passenger in carry-on baggage. Smoke and fire incidents involving lithium batteries can be mitigated by the cabin crew and passengers inside the aircraft cabin.

Since you’ve probably read about EV fires, here’s a site that keeps tabs just on TESLA EV fires https://www.tesla-fire.com/, Tesla Fires as of 8/19/2022 were 97 confirmed cases and Fatalities Involving a Tesla Car Fire Count were 38. Shockingly, while the Feds are banning lithium batteries in checked luggage on planes due to potential fires, Biden is pushing them for vehicles.

The actions of the Biden government and the Environmental, Social and Governance (ESG) divesting in fossil fuels  movement are currently supportive of jumping onto the EV train, but Biden and the ESG’ers  may be oblivious that EV’s have a very dark side of environmental atrocities, and the non-existing transparency of human rights abuses occurring in other countries, both of which are directly connected to the mining for the exotic minerals and metals that are required to  manufacture wind turbines, solar panels, and EV batteries.

The Pulitzer Prize nominated book “Clean Energy Exploitations – Helping Citizens Understand the Environmental and Humanity Abuses That Support Clean Energy, does an excellent job of discussing the lack of transparency to the environmental degradation and humanity atrocities occurring in developing countries mining for those exotic minerals and metals to support the “green” movement. The subsidies to purchase EV’s are financial incentives to encourage further exploitations of yellow, brown, and black skin residents in developing countries. Are those subsidies ethical?

Amid tougher emissions regulations worldwide, established automakers are racing to add more EVs to their lineup. A Reuters analysis found that global automakers such as Audi, BMW, Hyundai, Fiat, Volkswagen, GM, Ford, Nissan, Toyota, Daimler, and Chrysler plan to spend a combined U.S. $300 billion on EVs over the next decade as car companies are betting big on EV’s.  Most of the EV’s will be manufactured in foreign countries far removed from American ports.

China came from zero production in 1950, to 2019 where it now produces more cars than the USA, Japan, and India collectively. The 6-minute video of the automobile manufacturing “needle” shows how the foreign manufacturing dominance occurred over the that 69-year period.

Bringing those foreign built cars to America may be an insurmountable insurance problem. The Felicity Ace, a 650-foot-long cargo ship carrying hundreds of millions of dollars’ worth of luxury cars sunk in March 2022. The salvage crew working on the burning ship said electric-vehicle batteries were part of the reason it was still aflame after several days. The estimated market value of the Felicity Ace was $24.5 million, while the total value of the 3965 vehicles could be over $500 million.

With potential fires from EV batteries in vehicles, who’s going to take the insurance responsibility for their safe passage from the foreign manufacturers to American ports, the cargo ships, or the manufacturers?

How dirty is lithium strip mining?  Since the mineral contains dangerous substances, the mining process also contaminates the local water basins. Lithium extraction exposes the local ecosystems to poisoning and other related health problems. How many Americans want strip mining for lithium in their backyard to view the environmental degradation from leach fields which are part of the extraction efforts?

The number of electric cars on the world’s roads at the end of 2021 was about 16.5 million, or just slightly more than one percent of the 1.4 billion vehicles in the world. With lithium production being setback internationally, EV growth will be hindered as locals’ revolt over lithium mining impacts on water supplies and environmental degradation in their communities.

Spread the love
This DailyClout article is the writer’s opinion.
One of our country’s most important freedoms is that of free speech.
Agree with this essay? Disagree? Join the debate by writing to DailyClout HERE.
Spread the love
Previous StoryA Partial List of the Myriad Abuses That Facemasks Inflict on Our Children
Next StoryThe Latest on mRNA Adverse Events, Fertility, Vaccine Ingredients, and More!