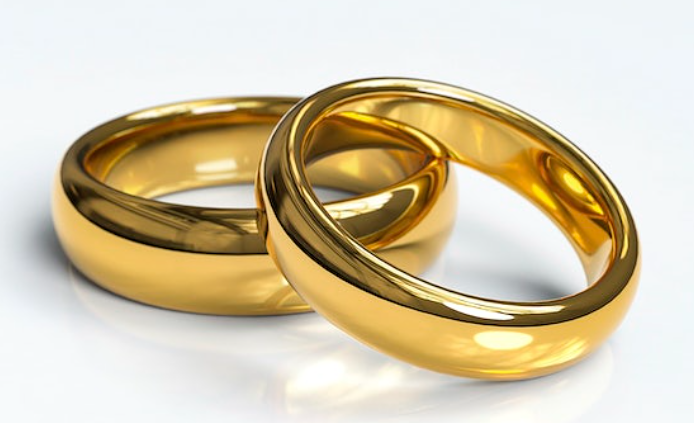 This article is going to launch a multi-part series focusing on the vaccines’ impact on fertility, reproduction, women’s health, and newborns. Some of the earliest reports of menstrual disruption post-vaccination came from the women of the Jewish Orthodox community, almost immediately after the vaccine rollout. To give a clear picture of why that was the case, some background is necessary.

The Jewish Orthodox community is in a unique position when it comes to understanding the ongoing effect that Covid vaccinations are having on a wide variety of issues, with fertility and reproduction at the center. As more and more evidence arises confirming that mRNA vaccines harm women’s menstrual cycles, leadership on the issue is arising from an unexpected source: Orthodox Jewish women and Rabbis in Israel and America. Because of the sacred role of the mikveh (ritual bath) in marital life, this community was alerted early to menstrual suffering among its vaccinated women, and advocates in that community are now also raising alarms about a dramatic drop in birthrates – from five or six a week to one or two a month – as well as reports of a wave of births in which babies were missing a hand or a foot.

Journalists such as Dr. Naomi Wolf and a few who followed her lead publicly called attention to the issue of women’s menstrual cycles being impacted in the spring of 2021, and since that time the evidence has only gotten stronger to support the early warnings.

Orthodox Jewish women have an intimate understanding of their monthly menstrual cycles, with a very meticulous calendar surrounding the dates of a woman’s period. One of the main tenets of a Jewish religious marriage is the concept of Nidda. Nidda is the time period from when a woman’s menstrual cycle begins, until 7 days after her period ends. During the time of Nidda, husbands and wives refrain from physical contact, including intimacy. When Nidda is over, the woman goes through a physical and spiritual process at a place called a Mikvah, which is a small ritual bath, often located in a pretty, spa-like building. After the woman finishes her dip in the Mikvah and recites a special prayer, her time as a Nidda comes to an end, and she returns to a time of reuniting with her husband and enjoying physical intimacy until her next period begins.

The way the Nidda cycle falls, Mikvah is generally the most fertile time of the month. Generations of Jewish women have kept their Nidda calendars as a way to track their fertility, and even with the proliferation of various hormone-changing birth controls, there are many women in the Jewish Orthodox community who closely track their fertility and are extremely familiar with the cycle of their bodies. These women sounded the post-vaccination alarm almost immediately.

With this information in mind, it’s easy to understand how Orthodox Jewish women had their fingers on the pulse of this issue the minute it started occurring. While the concept of a woman’s cycle and mikvah immersion is considered private, due to the large influence it plays on Jewish marriages, women feel comfortable discussing the topic with one another as they navigate mikva-related issues that may come up throughout their marriage. Of the countless women whose cycles were impacted by the Covid vaccines, the Orthodox Jewish community noticed the troubling issue almost immediately after the Covid vaccines began rolling out to childbearing age women.

S.L. is a scientist and researcher who works closely with doctors and labs all over the world. During Covid, she transformed into a community activist who prefers to stay anonymous due to credible threats to her safety. S.L. came up with a natural protocol that saved countless lives during the early days of Covid and shared it with her colleagues around the globe. This earned her a name and reputation, particularly within the medical freedom community, and as time went on, more and more women turned to S.L. for answers. By very early in 2021, women started reaching out to S.L. with concerning reports. Those reports included:

And finally, Mrs. L began to get calls from unvaccinated women who said that being intimate with their recently vaccinated husbands was so painful, with heavy period-like cramps, that they were refusing to go to the Mikvah until it improved. This prompted her to reach out to top community Rabbis to discuss the issue.

What was not known then due to an overt blackout of data from Pfizer and the FDA was that in trials, male participants were instructed to refrain from intercourse or sperm donation for a period of time after vaccination. If they were to be intimate with a woman, the trial rules required two forms of birth control. Pfizer was aware of the possibility that vaccinated men could impact their partners or potential fetuses after vaccination.

After multiple attempts to bring this issue to community leaders throughout the first half of 2021, a Rabbi named Rav Wosner informed S.L. that she was invited to testify as a witness in a Beit Din, a gathering of Rabbis who deliberate on different matters and issues rulings according to Jewish law. The Beit Din told S.L. that she should be ready to go at a moment’s notice at some point over the next three days. The day she got the call, a car came to collect her and her husband and bring them to a secret location to testify about what she had been experiencing and hearing from women. This was in the Spring of 2021, and it was before the shot was approved for children. The purpose of this Beit Din was to discuss the vaccine for children. The Beit Din lasted for days, with “both sides” providing their testimony and evidence. They hosted the pro-vaccine (including members of the Ministry of Health) and anti-vaccine parties on different days, so they could give each a fair hearing. The reason the meeting was shrouded in secrecy was that there were some extremely influential pro-vaccine activists who made overt threats to members of the community who spoke publicly against the vaccines.

During the session that S.L. was invited to, others testified about the injuries they were seeing in real-time. S.L. brought documents that showed how the shots would have a long-term effect, including death, and that what they were beginning to see was only the tip of the iceberg. In her words, “One of the Rabbonim asked me to stop- I thought he would faint”.

Shortly after testifying at the Beit Din, in the Summer of 2021, S.L. was finally granted a meeting with the daughter of the most influential Rabbi in the Jewish Ashkenazi world during his lifetime. Rav Cham Kanievsky (January 1928-March 2022) was considered by a broad range of Orthodox communities to be the “Gadol Hador”, which means the most revered and respected Rabbi in this generation. After months of attempting to schedule a meeting with Rav Kanievsky and being stonewalled by his family members and handlers, S.L. was finally granted a visit with Rav Kanievsky’s daughter, a woman named Rebbetzin Kolodesky, who’s widely respected in her own right, and as Rav Kanievsky’s daughter.

The purpose of this meeting was for S.L. to share firsthand information as to what men, women, and children were experiencing post-vaccination, and thanks to a flood of phone calls she was receiving, S.L. traveled to meet with Rebbetzin Kolodesky to beg her to stop advocating for people to get vaccinated for Covid, and to please inform her father of the full picture as well, as she very much wanted to stop receiving calls from people who were suffering terribly.

While there was some back and forth, which included Rebbetzin Kolodesky mentioning that the Rav will only listen to his doctor, Dr. Hart, by the end of the meeting S.L. succeeded in getting Rebbetzin Kolodesky to agree to stop advocating for the Covid vaccines.

The following is an audio file and translation of the meeting, with clips at the end that document Rabbis of certain communities who warned about the Covid shots even before they were released.

When asked if she’s observed any significant change in the fertility rate among the Orthodox communities she’s familiar with, S.L. responded in the affirmative. Anecdotally, in her own community pre-vaccination, there were generally 5-6 celebrations of newborns per week. After the Covid shots rolled out, that number dropped to 1-2 per month. While it’s risen slightly since the early days, it hasn’t returned to normal.

Rabbi Z. is a Rabbi and community leader of a Hasidic sect in New York. He has been an active advocate in the Hasidic community for medical freedom and informed consent. He’s also become an address people turn to when they suffer injuries or illness post-vaccination. Speaking with Rabbi Z. earlier this week, he reported multiple events and trends that he’s been tracking within his community and other communities close to his for the past two years.

The crime has been committed. The fallout is occurring before our eyes, even for those who insist on keeping their eyes closed. With frustration and a heavy heart, our job is to continue to search for information, share it, and do what we can to prevent such coercive physical measures on humanity from ever happening again.

The next part of this series will include more detailed accounts of Rabbi Z’s reporting, along with accounts from other busy activists in the Orthodox community.

Spread the love
This DailyClout article is the writer’s opinion.
One of our country’s most important freedoms is that of free speech.
Agree with this essay? Disagree? Join the debate by writing to DailyClout HERE.
Spread the love
Previous Story“Just One More Lockdown, My King…”
Next StoryCould Safe Blood be the Solution to Rising Demands for Unvaccinated Blood?