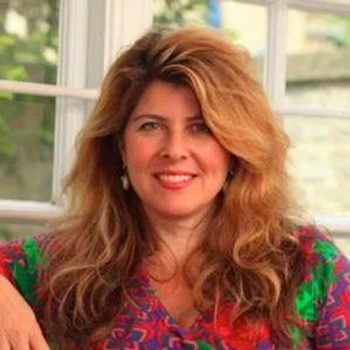 Dr. Naomi Wolf is a Best-Selling Author, Journalist, and the C.E.O. of Daily Clout. On September 9th, 2022, it came to the attention of Dr. Naomi Wolf that EIN Newswire had permanently banned DailyClout from submitting press releases on their newswire. DailyClout did not receive any prior notification.

The termination of service also impacts Dr. Wolf and her publicist personally.

This latest hand slap comes on the heels of a now publicly available CDC directive which ordered Twitter to target and censor Dr. Wolf’s speech over a tweet addressing women’s health issues. Those health issue concerns have now been proven factual.

It is important to note that the CDC has admitted failure in handling COVID-19 and that the vaccines do not provide the promised efficacy. On September 2nd, 2022, CDC Director Dr. Rochelle Walensky sent a letter to Sen. Ron Johnson about the CDC’s “tracking of reports of coronavirus disease 2019 (COVID -19) vaccine adverse events.

Upon hearing about the EIN banishment, Steve Bannon wasted no time asking Dr. Naomi Wolf to appear on his War Room show to discuss the silencing of Dr. Wolf’s important voice and her decades-long history of reporting on women’s health.

The following day, Jim Hoft, Senior Editor of the Gateway Pundit, wrote about the Bannon/Wolf interview in detail and expounded on it, revealing EIN’s parent company Chairmen’s direct ties to the Democratic Party. Mr. Hoft also revealed that EIN’s C.O.O. is a co-investor in a pharmaceutical company and lives outside the U.S.

The irony of this termination of service is that EIN’s business motto is ‘Everyone’s Internet News presswire.’

Dr. Wolf, DailyClout, and their publicist have received outreach from journalists, as well as private citizens, public citizens, and professionals over their punitive banishment.

“On Friday, I signed onto our DailyClout EIN Presswire account to upload a press release about the latest evidence (allegedly) showing the U.S. Federal Government’s systematic targeting of Dr. Wolf.

I was shocked to read an ominous and threatening message informing us that we were banned without prior notification from EIN and were not allowed to open another account without facing retribution. The message sounded punitive and extreme, although their terms of the service agreement are written in such an unprecedented way that EIN can rightfully cancel anyone that disagrees with the approved White House narratives on COVID and 1st Amendment rights.

EIN refused to provide an explanation other than ‘violation of user agreement.’

All the press releases we submitted to EIN were backed by primary source documents.”

Former Constitutional lawyer and Pulitzer Prize-winning journalist published an article for his Substack on February 20th, 2021, titled, ‘Congress Escalates Pressure on Tech Giants to Censor More, Threatening the First Amendment’ In their zeal for control over online speech, House Democrats are getting closer to the constitutional line if they have not already crossed it.’

In a recent tweet, Mr. Greenwald stated, “Companies have the ‘right’ to do what they want unless and until they become monopolies in violation of antitrust laws, at which point they should be broken up. Beyond that, much of the pressure to censor comes from DC Dems, not their own autonomy.”

Below is a copy of the email received from EIN Presswire.

Our Client Services Department has decided to close your account. This decision is final.

You have been refunded. Please refer to the email sent on 08/25/2022 for information regarding your refund. For reference, it is included below:

EIN Presswire reserves the right to terminate accounts based on its sole discretion as is outlined in the Terms of Service you agreed to when creating your account, see: https://www.einpresswire.com/user-agreement

This decision has nothing to do with any single individual within our organization. We are not required to communicate the reasons for our decision or provide you with any additional details as to our internal processes or methods.

Dr. Naomi Wolf is a bestselling author, columnist, and professor; she is a graduate of Yale University and received a doctorate from Oxford. She is co-founder and CEO of DailyClout.io, a successful civic tech company. Since the publication of her landmark international bestseller, The Beauty Myth, which The New York Times called “one of the most important books of the 19th century,” Dr. Wolf’s other seven bestsellers have been translated worldwide. The End of America and Give Me Liberty: A Handbook For American Revolutionaries, predicted the current crisis in authoritarianism and presented effective tools for citizens to promote civic engagement. She was a Rhodes scholar herself and was an advisor to the Clinton re-election campaign and to Vice President Al Gore.

DailyClout is a company that builds digital tools and produces media to help anyone, from any walk of life, use and affect democracy more powerfully.​ Our mission is to empower all people with information, facts, and opinion from all viewpoints, that when combined with DailyClout’s proprietary platform, enables them to be well informed and to exercise their rights to directly weigh in on issues and legislation so that their voices are heard at the local, state or federal level.