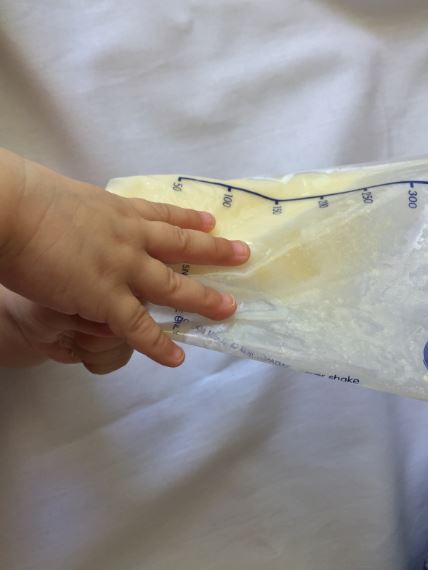 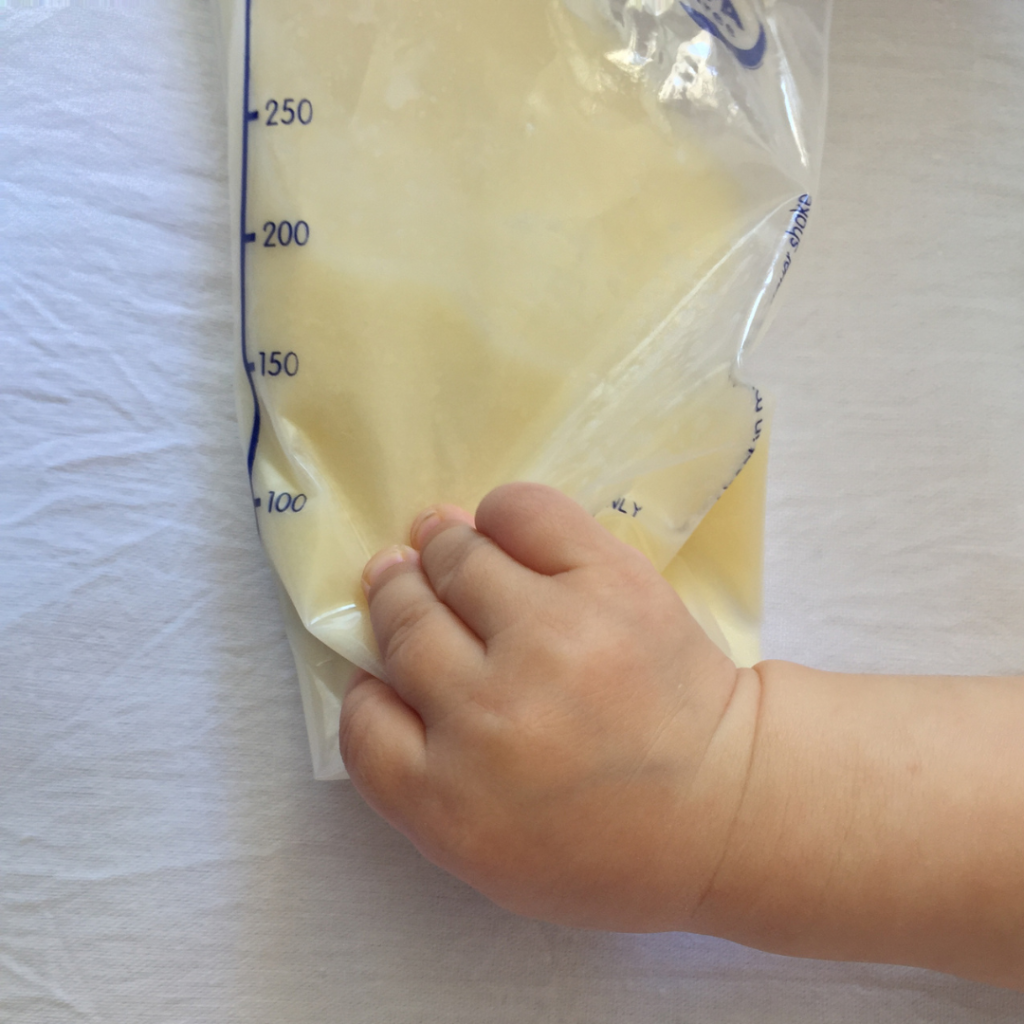 The worst that can happen to the human species, is happening.

The War Room/DailyClout’s Pfizer Documents Research Volunteers — a group of medical and scientific experts who have selflessly stepped up to analyze the tens of thousands of formerly internal Pfizer documents released under court order subsequent to a lawsuit by Aaron Siri’s firm, Siri & Glimstad, and a FOIA by Public Health and Medical Professionals for Transparency — have now fully demonstrated that Pfizer’s mRNA vaccines target human reproduction in comprehensive, likely irreversible ways.

Our 3,250 research volunteers, in 39 fully cited reports to date, have documented evidence of what I’ve been calling “360 degrees of harm” to reproduction.

The Pfizer documents reveal monstrous damage to menstruation, harm to the testes and epididymis, harms to the penis, horrible harm to the ova and ovaries, mechanisms for compromising the placenta, contamination of amniotic fluid, and damage to newborns. They reveal that four women’s breast milk turned blue-green. They reveal injuries to at least one newborn that extend to death (or murder) from ingesting tainted breast milk. They reveal horrific levels of miscarriages. They reveal that Pfizer defined “exposure” to the vaccine as including sexual intercourse, especially at conception. They reveal a weird focus on mammalian sexual and reproductive issues.

All of these horrors make extended appearances in the Pfizer documents, which were never expected to see the light of day. https://dailyclout.io/category/campaigns/pfizer-documents-analysis/

Soon humanity will realize that the worst thing ever to happen to it, has taken place.

Soon humanity will realize that the miscarriages and the drops in birth rate worldwide documented by Igor Chudov; the drop in life expectancy; the neonatal deaths; the ruination of eggs and ovaries; were done to them with knowledge aforethought, and that, in many cases relating to fertility, the means for healing the bodies of women is not clear.

Every day my inbox seethes with women asking, “Can the lipid nanoparticles be removed from the ovaries? My daughter miscarried right after receiving the Pfizer vaccine…” “My daughter-in-law was vaccinated while pregnant. What can be done for her?”

But mainstream news outlets, let alone our government agencies, are not helping women with this crisis. Rather, they are seeking to gaslight us about it, and to kill off reputationally or to censor those of us bringing this evidence to the light of day.

Here is just one example:

In one of the 39 War Room/DailyClout reports about the staggering harms and upside-down science in the Pfizer documents — a volunteer recently made a mistake.

In a post on August 12, 2022, the volunteer miscounted 11 miscarriages or spontaneous abortions of women who had been injected in Pfizer’s clinical trial, as 22. The miscarriages/spontaneous abortions were listed in two separate tables in the 3,645-page Pfizer document; but the subject codes revealed that some were duplicates. https://pdata0916.s3.us-east-2.amazonaws.com/pdocs/070122/125742_S1_M5_5351_c4591001-interim-mth6-adverse-events.zip We learned of this error on August 17 due to work by Naked Emperor, on his Substack, and by Phil Kerpen, on Twitter. Of course, we immediately corrected the error. I also publicly noted the correction on every podcast on which I appeared.

Both the Associated Press and Reuters, two of the biggest newswires on the planet, went after us.

Are those newswires who so aggressively assailed the credibility of a team of highly credentialed researchers doing a public service — themselves un-conflicted?

AP — or should I say, “AP/Xinhua” — pursued us with an article falsely exonerating Pfizer — one that appeared in virtually every local newspaper in the country: https://apnews.com/article/fact-check-pfizer-covid-vaccine-trial-44-percent-miscarriage-545842340316.

The Associated Press is conflicted in covering this story, via its direct financial ties to Xinhua News Agency, the official state news agency of the People’s Republic of China. Xinhua is also a ministry-level institution subordinate to the State Council of the Chinese Communist Party (“CCP”), and is the highest-ranking state media organization in China.

AP has a “memorandum of cooperation” (MOC) with Xinhua, which is an entity that Reporters without Borders calls “The World’s Biggest Propaganda Machine.” Members of Congress have asked AP to release documentation of the terms of this MOC. https://www.washingtonpost.com/opinions/2018/12/24/congress-demands-answers-aps-relationship-with-chinese-state-media/. As The Washington Post’s op-ed put it in 2018: “China’s state-run media companies are rapidly expanding their integration with Western news outlets, as part of Beijing’s worldwide foreign influence operations campaign. In Washington, lawmakers in both parties are calling out such arrangements and demanding U.S. media companies make sure they don’t become tools of Chinese government propaganda.” The goal of Xinhua’s and the CCP’s efforts to infiltrate Western news organizations is to suspend or weaken Western criticism of — the CCP.

Members of Congress did not get an answer regarding this cozy partnership: “I write today to assure you that AP’s business relationship with Xinhua is purely commercial in nature”, Gary Pruitt, then-President and CEO of AP, assured concerned US Senators in 2019. Oh well then…nothing to see here: https://blog.ap.org/announcements/ap-response-to-questions-about-recent-xinhua-meeting.

So; who had been criticizing the CCP and its partnership with Pfizer/BioNTech?

Elsewhere in this Substack, I broke the story of how the Pfizer injections are in fact produced with a Memorandum of Understanding (MOU) between BioNTech and Fosun Pharmaceuticals, a CCP-run pharmaceutical company based in Shanghai, China. I explained how Fosun Pharmaceuticals had opened “Fosun Pharma US” with manufacturing branches in Boston, MA, and Princeton, NJ, such that when you have a vaccine this year, 2022, you may well be injected with material or via IP overseen by the CCP. https://fosunpharmausa.com/

I also broke the story of how the BioNTech SEC filing for 2021 counts as being 100% complete, a “tech transfer” to “China”: [from “Facing the Beast”, via Outspoken, by Dr. Naomi Wolf]: “Pfizer injections are in fact produced with a Memorandum of Understanding (MOU) between BioNTech and Fosun Pharmaceutical”

In their hit piece on us, the AP also somehow managed to let the FDA — which saw and signed off on every one of the tens of thousands of documents in the Pfizer release — get away with saying nothing at all.

Yes, you read that right; The Associated Press, that global powerhouse, could not get a US taxpayer-funded Federal Agency, one tasked with protecting the safety and health of American drugs and food, to return its calls:

AP also let Pfizer claim, unchallenged, that a 2020 Phase 3 clinical study of “more than 44,000 people,” half of whom were women, showed, according to Pfizer, that “miscarriages were not reported as a vaccine side effect.”

First, the study did not in fact have “more than 44,000 people” : https://www.pfizer.com/news/press-release/press-release-detail/pfizer-and-biontech-announce-publication-results-landmark.

Second, the AP did not link to or appear to check this study, which was reported in the New England Journal of Medicine. Had they done so, they would have had to inform readers that pregnant women had been excluded: “This report does not address the prevention of Covid-19 in other populations, such as younger adolescents, children, and pregnant women. Safety and immune response data from this trial after immunization of adolescents 12 to 15 years of age will be reported subsequently, and additional studies are planned to evaluate BNT162b2 in pregnant women, children younger than 12 years, and those in special risk groups, such as immunocompromised persons.”

So if you exclude pregnant women, of course “miscarriages were not reported as a vaccine side effect”.

The AP also linked to a Mayo Clinic website post from 2021 (the year that vaccinated moms started to miscarry at scale) to make the case that there was nothing unusual about the miscarriage rates in the Pfizer documents. The Mayo Clinic site claimed that the “normal” miscarriage rate is between 10 and 20 percent.

But this assertion also has problems. The site states that “Miscarriage is the spontaneous loss of a pregnancy before the 20th week. About 10 to 20 percent of known pregnancies end in miscarriage.” But the site does not mention that “most miscarriages occur before the 12th week of pregnancy” – until one hunts down the section entitled “Symptoms”.

The MedicalNewsToday site notes that miscarriage rates can be as high as 25% in the first trimester, when 80 percent of the pregnancies that miscarry, end. The University of California at Davis Health notes the second trimester “normal” miscarriage rate is about two to three per cent up to 20 weeks and then drops to less than 0.5% once about 20 weeks pregnancy is reached. In the third trimester, though, fetal demise is rare; and it is not called a miscarriage but, rather, is classified as a “stillbirth.”

In other words, yes, approximately 25% of pregnancies do end in miscarriage in the first trimester. But it is not the case that 10 to 20 percent of second or third trimester pregnancies end in miscarriage or pregnancy loss. So the Mayo Clinic’s assurances — that make it sound as if one woman in ten to one woman in five might normally lose her baby in the first or second trimester or later — the assurances cited by AP, are gravely misleading.

But now, other news sites and blogs, and other commentators who wish to downplay or “debunk” the high rates of miscarriage/pregnancy loss for babies of vaccinated moms-to-be that we and many others have found in the Pfizer documents and VAERS — are reiterating the misleading “new normal” of babies dying in utero, claimed by the AP.

But to tell women that it is normal for up to one in five of them to miscarry in the second or even third trimester is something else entirely. A dead third-trimester baby can mean unspeakable trauma, an emergency hospital visit, actual labor, and the need for the delivery of the baby’s remains.  It can mean danger from a partially delivered placenta or an incompletely retrieved fetus — all the dangers, indeed, of childbirth, but with monumental grief thrown in.

So no, it is not true that it is normal that one in ten to one in five fetuses die at any point in a pregnancy. AP is thus misleadingly normalizing fetal death and even stillbirths, the way cartoons are now normalizing child myocarditis.