Transcripts. Bannon’s War Room. Naomi Wolf Where Is Tony Fauci as Lies About COVID And Vaccines Begin to Fall Apart 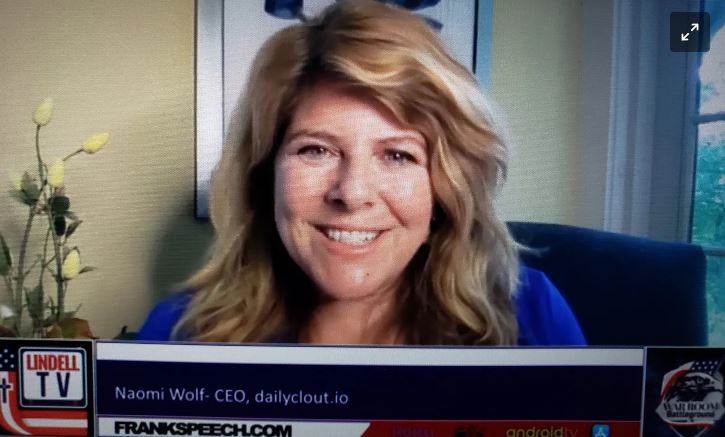 Transcripts from Bannon’s War Room on Rumble: Naomi Wolf: Where Is Tony Fauci As Lies About COVID And Vaccines Begin To Fall Apart

I just want to go back to the priestly cast, is it just me or is it seem like Tony Fauci is now in the witness protection program? He wasn’t out front at all about when Biden had it (COVID) three times in a row or five times in a row.  I know he’s been doing some podcasts, but you haven’t, he’s not rolled out like he used to be rolled out on Sunday shows, everywhere, primetime, MSNBC, CNN. Is he in the witness protection program and if he so why is the high priest all of sudden somebody that you can’t see anymore?

I mean yeah again exactly like the end of the Wizard of Oz it’s the great and mighty OZ but what is he? He’s a man of lies.  I mean so many stories that we were told by his media apparatus have fallen apart. He swore that this virus came from a wet market in Wuhan that’s falling apart and even legacy media reports on the fact that it was engineered it would appear. And the scientific consensus is now that it was engineered.

So much documentation of his conflicts of interest have emerged and I predicted these long ago just based on his behavior. I predicted on Fox I said we’re going to find out he doesn’t work for us; he works for someone else and that turned out to be true. Scientists getting royalties, hundreds of thousands of dollars in royalties in a conflict at the NIH. That has emerged so he’s not looking good, and he is and now you know these injections and I think your platform has made a difference.

Word’s gotten out about the menstrual dysregulation problems that yours truly got deep platformed for breaking that important story, deplatformed from Twitter. And word has gotten out about the heart damage and people are seeing that healthy young adults are dropping dead; healthy people are having debilitating illnesses. I just have a new Sub Stack up in which I assess at the scale of the injuries and the damage from the mRNA injections and project them based on very conservative models and from government data and from data from a German insurer.

So very solid data and I project forward that indeed hundreds of thousands of injuries and thousands of deaths can be attributed in the United States now to these mRNA vaccines. Again, super conservatively, don’t take my word for it, look at my math, look at my citations. This is a catastrophe and that’s on the level if you take the most conservative estimates, it’s on the level of the people injured by stroke in the United States every year and if you take them out more robust estimates it’s at the level of people diagnosed with cancer in the United States every year. So, a massive public health crisis not due to the virus but now due to the vaccine. So, to your point about Dr. Fauci vaccine uptake is flat and it’s 2% for children. I think you are going to go to heaven.  Really Steve, I mean it, may you live to be 120 as my grandmother would say.  When it’s time for you to show up and count for yourself you really saved who knows millions of babies and small children from harm.

Your lips to God’s ear on that one.