Why Mainstream Bachelorette Parties are Toxic 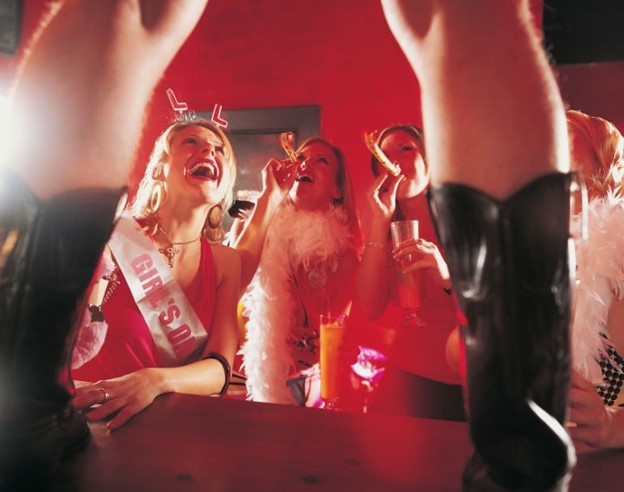 Mainstream bachelor and bachelorette parties are disgusting and contradictory to the values of a healthy marriage. By this point, we’ve probably all heard a horror story of someone who took it one, two, or ten steps too far at a bachelor or bachelorette party. Although both parties share overlapping themes and this essay is really meant to address issues with the mainstream versions of both, we’ll stick with the term “bachelorette parties” for the sake of simplicity.

What makes bachelorette parties different from other parties? First off, it’s meant to be a pre-marriage celebration between the bride and her closest friends. That seems innocent enough, but given millennial and gen-z’s relationship with hookup culture, commitment issues, and overall complicated history with relationships, all of which I discussed in my last essay, it’s no surprise that this bleeds over into pre-nuptial celebrations as well.

“Having fun” at your bachelor or bachelorette party has become synonymous with giving soon-to-be brides and grooms a “free pass” for the night – or, these days, for several nights. What was once a standard, one-night excursion is now, more typically, a two, three, or four day-long bender involving strippers, getting sloppy drunk, going back to strangers’ airbnbs, and at least one member of the bridal party having a blackout. If you don’t have a brutal hangover at least one of the mornings, you didn’t party hard enough. 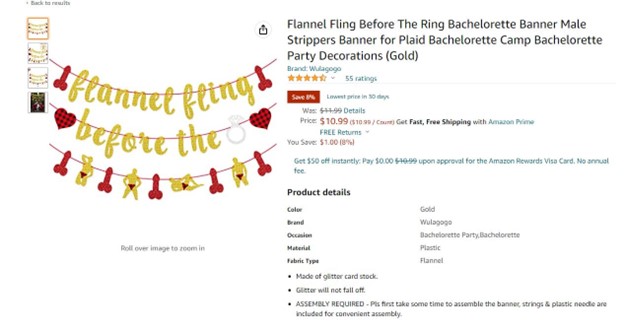 Bachelorette parties in particular are marketed to be raunchy affairs in terms of decor as well. Penis imagery everywhere, photo wall signs that say things like “Last Fling Before the Ring” and “Same Penis Forever.” I don’t think I have to explain the contradictory implications of a pre-marriage celebration consisting of these themes.

An important element to note is that mainstream bachelorette (and bachelor) parties not only encourage crude behavior, but they condition us to associate “fun” with sexual promiscuity. They attempt, and often succeed in giving men and women “an excuse” to do “single” things for the duration of the party.

Even stranger, fiancés are encouraged not to speak to each other during these “celebrations,” even if the event is several days long. This was something I was not even aware of until my own bachelorette party, which lasted two nights. I called my fiancé the second night to check in. He seemed surprised to hear from me. I didn’t think anything of it at first, assuming he would think I might be too busy to call, but after our conversation, one of my bridesmaids asked who was on the phone. When I told her who it was she seemed surprised as well. “But it’s your bachelorette party,” She said. At this point, I couldn’t help but wonder to what extent this is the norm. Such secrecy and lack of communication would surely cultivate jealousy or, at the very least, worry and unease in a partner, leaving one wondering what the other is doing. We’ve all seen the movies and heard a story or two.

Finally, the mainstream versions of bachelor and bachelorette parties demean marriage into the simple understanding that, sadly, you can only have sex with one person for the rest of your life. So what is the bachelorette party for? To “have fun” while you still can and “enjoy being single,” because dating and engagement suddenly mean nothing as far as relationship status. 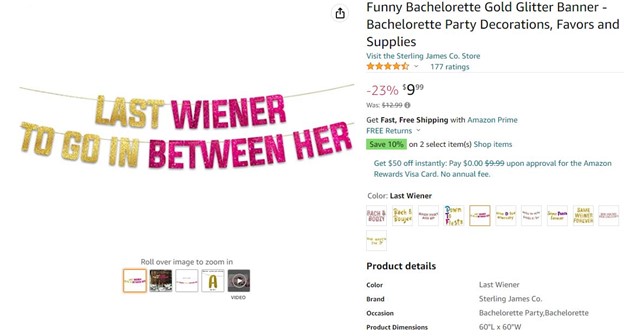 When the time came to start planning my own bachelorette party, my maid of honor had a lot of ideas. Penis decor, Magic Mike, raunchy signs, all the cliche things. I told her I was getting married so strip clubs were out of the question. At first she didn’t seem to understand what I meant, insisting it would be fine to “Just look, not touch.” I flat out told her that I didn’t want any of those things and began brainstorming my own ideas.

When I told my fiance about my maid of honor’s suggestions, he hesitated before telling me he didn’t really care. But I knew he did care. He cared in the same way I would care if he went to strip clubs with the guys, and it hurt to think he felt like he had to act indifferent. At the end of the day, it isn’t about trusting your partner or not trusting them. It’s about respect. If you respect the person you’re going to marry, you don’t go to strip clubs, you don’t seek sexual satisfaction from someone else, visual or physical – it’s that simple.

The party took place at my house. The first night was a house party where everyone could meet and get to know each other over some drinks and appetizers before hanging out in the backyard in the hottub and around the fire pit. The second day the girls all tried on bridesmaids dresses and picked out their individual cuts. We went to brunch and an aerial silks class before heading back to the house to get ready for Halloween Haunt at King’s Island. We all got fast passes so we were able to pass long lines of people on the way to the biggest, fastest roller coasters.

I found out later that my maid of honor thought the party “wasn’t even a real bachelorette party.” Having spent weeks in advance planning the entire weekend myself, I could have easily been hurt by such a comment; but in truth, it was a compliment. If acting like a sad single person for the weekend to celebrate being “tied down forever” is the criteria for being a “real” bachelorette party, I’ll gladly pass. By the way, the party was a blast.

An ongoing, outside example of peer pressure surrounding weddings, specifically bachelorette parties, is the collection of conversations sparring from the subreddit: AmIThe Asshole (AITA). Reddit users simply type out personal stories, asking the void of the internet whether they are being reasonable or not. One feed in particular is titled: AITA for kicking my MOH out of my wedding party because she was being a buzz kill? This Reddit post was written in August of this year by a bride whose best friend and Maid of Honor, Kathy, was helping her plan her bachelorette party weekend. Kathy was a professional wedding planner and arranged the airbnbs and activities for the girls. Before the weekend started, Kathy told the bride that she had arranged for everything, but there were some activities that she felt uncomfortable participating in. When the bride asked her for a specific answer as to why, Kathy responded:

“Look, you’ve made some requests for your bachelorette party and I respect everything you want to do but there are some things there that are off limits for me and some of the stuff such as the strippers I’ve booked for you and some other activities are crossing boundaries regarding me and my own fiancé’s relationship. So I made sure to arrange everything perfectly just how you and the girls wanted it to be but sadly it’s not something I want to be involved in. I hope you have the greatest fun.”

The bride was upset by this, and when Kathy later mentioned not wanting to drink alcohol before the wedding because she didn’t want to get sick, the bride snapped. Her Reddit post continues, “I got very disappointed and at that moment I straight up told her I don’t want her as a MOH if all she’s going to do is be a buzzkill about everything regarding my wedding… The rest of my bridesmaids now also believe that I took it too far… not drinking alcohol is not something that would ruin my wedding and I’m just overreacting. AITA?” Yes, Final_Cream6177. Yes you are.

On the other hand, the peer pressure-induced excuse, “It was a surprise, I had no idea,” is one I’ve heard a lot from brides and grooms in relation to their parties as well.. Being “coerced” into going to a strip club because your “friends planned” it without telling you is not an excuse, but if it were it would be the weakest one I’ve ever heard. Agreeing to go is a decision. Giving in to peer pressure is an active decision and makes you just as guilty as if you planned it yourself. You are a participant. Say what you will about not trying to cause a scene or just trying to keep the peace and make everyone happy, but if there is a moment when you are more than justified to make a scene, removing yourself from a compromising situation out of respect for your partner would take the cake.

Growing up I learned about the concept “guilty by association.” If you hang out with four other people who are always using drugs, you become the fifth involved party. If you hang out with five other people who go out and get drunk every weekend because they have nothing to look forward to, you become the fifth participant. The same concept applies here. If you aren’t surrounding yourself with people who make you better, you get worse. If you surround yourself with people who couldn’t care less about the integrity of your relationship, you’ll eventually care less as well. If those are the kinds of friends you surround yourself with, maybe it’s time to find some new ones – if not for yourself then for the sake of your marriage.

It can be hard to go against the grain sometimes. It’s so much easier just to go with the flow and do what everyone else is doing. It’s hard to fall out of touch with friends when they’ve plateaued and you’re still trying to grow as a person. But if I’ve learned anything from life so far, it’s that the sooner you make the hard decision to identify and let go of people and activities that don’t build you up, the happier and more meaningful your relationships will be moving 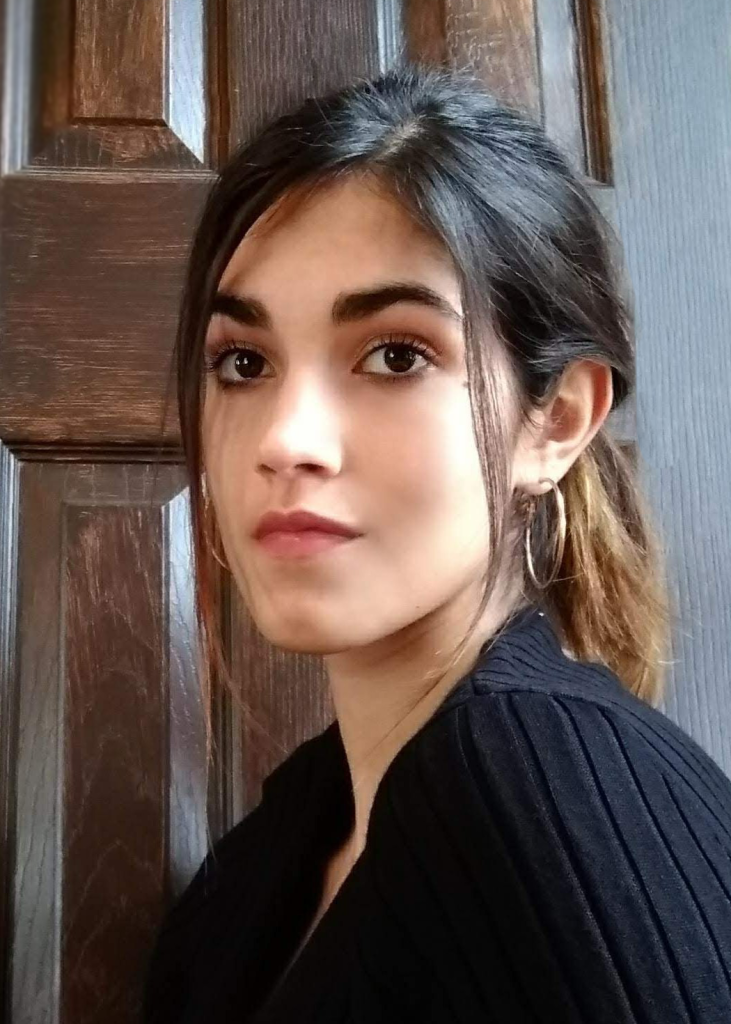 Kate Melgoza holds a Bachelor’s in English and Writing Studies with a focus in Philosophy.

Spread the love
This DailyClout article is the writer’s opinion.
One of our country’s most important freedoms is that of free speech.
Agree with this essay? Disagree? Join the debate by writing to DailyClout HERE.
Spread the love
Previous StoryDr. Robert Malone And Dr. Naomi Wolf Talk About Vaccines And Covid In The War Room
Next StoryIsraeli Elections, Explained