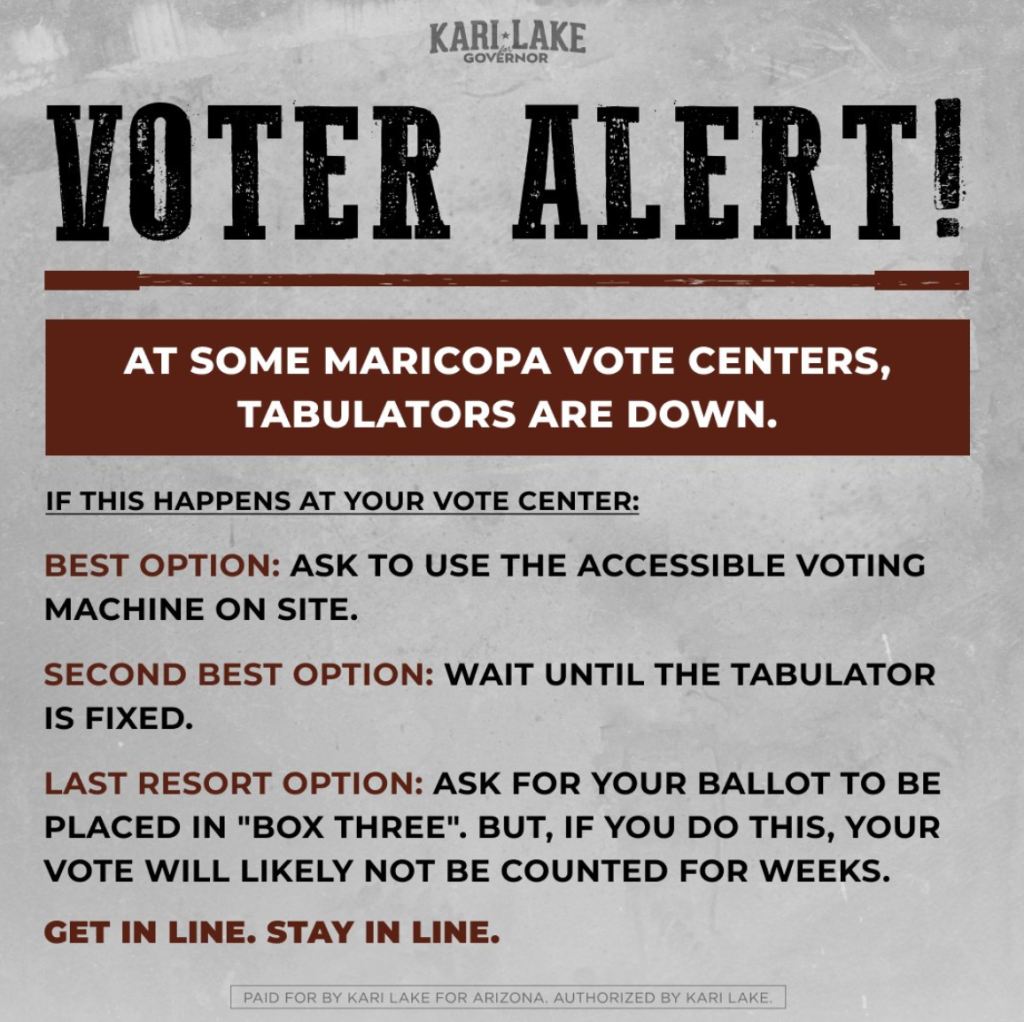 As polls open and voters line up to cast their ballots for the United States Midterm Elections, there are already reports of issues affecting ballot casting in Maricopa County, Arizona one of the “problem areas” in the 2020 elections, that went through a long audit. 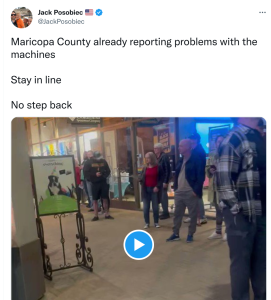 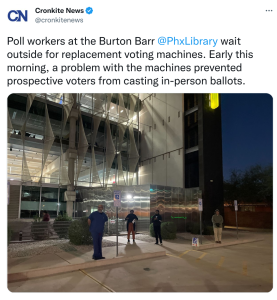 “This is not accurate. People are able to vote in person at Burton Barr. Once they complete their ballot, they can insert it in the secure slot on the tabulator where it will be counted at the downtown Tabulation and Election Center”.

Republican Gubernatorial Candidate Kari Lake tweeted out that she’s aware of the issues, and called for election reform. 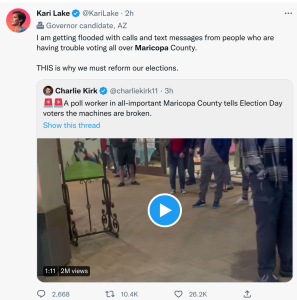 She followed up with what to do if you’re voting in Maricopa and having issues: 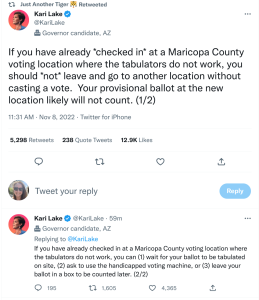 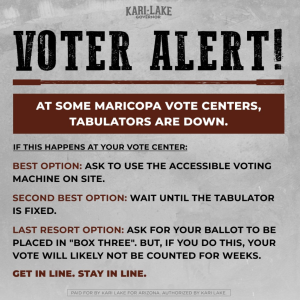 Attorney Harmeet K. Dhillon tweeted out that there are dozens of lawyers monitoring the situation and speaking with county lawyers on the ground. She emphasized to GO VOTE and they will make sure it counts!

Charlie Kirk and his team are on it

Charlie Kirk’s last 45 minutes of tweets have been updates on the Maricopa County issue:

2 – 20% of voting locations in Maricopa County are experiencing issues with tabulating votes. 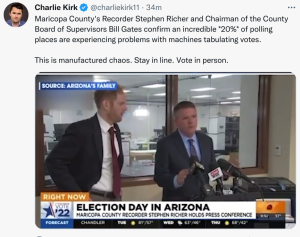 3- IF YOU see sketchy behavior at the polls, reach out to Charlie:

Prayers for America, and fair elections with clear results, for the good of all US Citizens and the continuation of democracy.

Spread the love
This DailyClout article is the writer’s opinion.
One of our country’s most important freedoms is that of free speech.
Agree with this essay? Disagree? Join the debate by writing to DailyClout HERE.
Spread the love
Previous StoryMy Due Diligence: The Jab, Dietary Supplements, and Multiple Sclerosis
Next StoryMary Poindexter Mclaughlin: “Cowardice and Courage”