Underground Media – We’re in The Fog of War 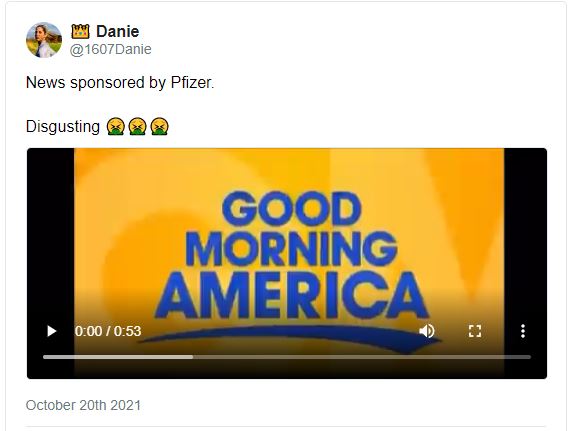 We’re in the fog of war. While thousands of Daily Clout and Warroom volunteers are uncovering shocking and disturbing findings in the Pfizer documents, the FDA is in the process of pushing through a 3rd shot for kids, and an authorization to lower the age of COVID-19 Pfizer injections to 6 months. That these 2 events are occurring simultaneously is so bizarre, and so indicative of this moment we’re in.

Society has always had its elites and its plebs, but until a mere couple of decades ago, the citizens were almost completely in the dark regarding what went on behind closed doors. Sure there were always serious journalists who would move heaven and earth to find relevant information and attempt to share it with the world, but in previous generations, they were extremely limited in the scope with which they could both learn and share.

The Internet Age has shuffled the battlefield in unprecedented ways. Previously a journalist was limited to whatever information he could physically get his hands on, and then his reach was limited to the readers of whatever newspaper employed him. The audience was confined to those same limits and had no choice but to rely on career journalists for information and stories about the world.

We’re far too early in the age of the internet and social media to have a real understanding of the effects it’s had on humans as a species, but we can appreciate the opportunities it’s given to us as a whole, and individually. The heroic efforts by Dr. Naomi Wolf of the Daily Clout and Steve Bannon’s Warroom volunteers might one day be widely regarded as the single best example of citizens using the Internet to defend themselves against tyrannical authority figures. Consider what they’ve been able to accomplish, along with other huge warriors in this battle, that would have been literally impossible a mere 20 years ago. There are currently 3,000+ volunteers simultaneously poring through tens of thousands of pages of internal documents of the organization that created and pushed the most rapidly distributed drug in history onto an entire population. That is mind-boggling on so many levels, but it so clearly demonstrates that the Internet is now the battlefield, and for the first time EVER, a significant portion of average citizens have the opportunity and access to take stock of what’s going on and push back.

Spread the love
This DailyClout article is the writer’s opinion.
One of our country’s most important freedoms is that of free speech.
Agree with this essay? Disagree? Join the debate by writing to DailyClout HERE.
Spread the love
Previous StoryPfizer Analysis Manager Discusses Vaccine Brain Injury
Next StoryBreaking: 58 Babies Who Received mRNA COVID-19 Vaccines Suffered Life-Threatening Adverse Events