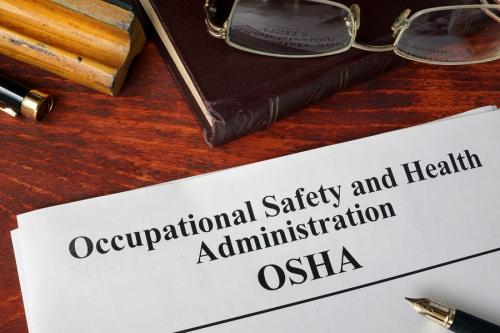 The United States Supreme Court handed down two opinions concerning federal vaccine mandates on January 13, 2022.  The Occupational Safety and Health Administration (OSHA) vaccine mandate that would have subjected 84 million Americans to unwanted COVID-19 vaccination simply because they were employed in companies with 100 or more employees was stayed pending full judicial review because it likely was unconstitutional according to the 6-3 opinion – in reality the case is over because OSHA is not pursuing the case.  However, the Medicare and Medicaid programs’ vaccine mandate subjecting 10 million healthcare workers to unwanted vaccination was allowed to stand in a 5-4 opinion. This article explains the rulings and why additional challenges to vaccine mandates will be forthcoming.

The OSHA vaccine mandate challenge came before the Supreme Court styled as National Federation of Independent Businesses v. OSHA (NFIB v. OSHA) after numerous federal lawsuits were filed and they were consolidated pursuant to 28 U.S.C. Section 2112(a).  The Court’s opinion was per curiam which historically meant that the Court’s opinion was uncontroversial, obvious, or did not warrant a substantial opinion, but this was hardly the case.  The majority opinion drew dissents from Justices Breyer, Kagan, and Sotomayor who focused on the reported number of deaths and hospitalizations from COVID-19.  But the dissenting opinions miss the mark because no amount of public danger changes the fact that OSHA’s attempt to force a medical procedure via an OSHA mandate exceeded its statutory authority, rendering the vaccine mandate ultra vires and unenforceable regardless of the death toll caused by COVID-19.

The OSHA vaccine mandate majority largely focused on statutory construction, the nondelegation doctrine, and related doctrines limiting Congress’s power to transfer rulemaking power to unelected bodies such as OSHA.  Decades of Supreme Court precedent went against OSHA:  OSHA’s  emergency rules known as “emergency temporary standards” or ETSs  bypass the usual rulemaking process that requires “rigorous” procedures of notice, comment, and an opportunity for a public hearing.  OSHA’ ETS power is extraordinary and must be employed judiciously, only with an urgent “new” threat, and only where necessary.  Accordingly, of the nine ETAs OSHA adopted prior to COVID-19, six were challenged in court and only one survived court review. See NFIB v. OSHA, https://www.supremecourt.gov/opinions/21pdf/21a244_hgci.pdf. The Court’s decision concerning OSHA’s 100+ employee vaccine mandate renders OSHA’s ETS record now 1 to 6.

OSHA’s ETS standards are stringent because the agency is seeking to bypass procedures of due process and create a rule with “immediate effect upon publication in the Federal Register.” See NFIB v. OSHA,  https://www.supremecourt.gov/opinions/21pdf/21a244_hgci.pdf. OSHA created the vaccine mandate two months after Biden announced the plan to “require more Americans to be vaccinated” and about 18 months after the COVID-19 pandemic was announced.  The delay (and prior inconsistent positions taken by OSHA concerning COVID-19) undermined the “emergency” need to bypass normal procedures set up to protect workers from unwarranted OSHA regulations such as the vaccine mandate at issue.

The Court stated that the ETS process is to be used in the “narrowest of circumstances” and the “blunt instrument” with which OSHA attempted to raise the American vaccination rate did not meet the stringent ETS standard.  The ETS drew no distinctions based on industry, proximity to other workers, or whether the employees worked outdoors.  The Court stated, “Thus, most lifeguards and linemen face the same regulations as do medics and meatpackers.” This is not sensible and not tailored to any urgent need created by the “new” hazard of COVID-19. The Court also noted the “hefty fines” OSHA tried to impose on employers who did not adhere to the vaccine mandate – up to $136,532.00 per willful violation.   See NFIB v. OSHA, https://www.supremecourt.gov/opinions/21pdf/21a244_hgci.pdf.

The Act creating OSHA did not plainly authorize such sweeping health mandate powers. The Act empowers the Secretary of Labor to set “workplace safety standards, not broad public health measures.” COVID-19 is not an occupational hazard, but is a “kind of universal risk” no different from other day-to-day risks that are not tied to the workplace. To allow OSHA to start passing such broad health policy mandates by means of the expedited ETS process reserved for true emergencies would “significantly expand OSHA’s regulatory authority without clear congressional authorization.”  See NFIB v. OSHA, https://www.supremecourt.gov/opinions/21pdf/21a244_hgci.pdf.  The Court concluded “Although Congress has indisputably given OSHA the power to regulate occupational dangers, it has not given that agency the power to regulate public health more broadly. Requiring the vaccination of 84 million Americans, selected simply because they work for employers with more than 100 employees, certainly falls in the latter category.”

Such a federal mandate would also create an enormous shift in power over health policy from the states to the federal government.

The healthcare worker vaccine mandate was upheld in Biden v. Missouri, decided the same day.  Unlike the OSHA mandate that is traceable to the Commerce Clause as authority for the federal regulatory power, the healthcare worker vaccine mandate challenged Congress’s power pursuant to the Spending Clause.  Constitutional precedent broadly allows Congress to attach all sorts of conditions to the receipt of federal monies pursuant to the Spending Clause and the courts have generally allowed many such conditions.  In this case, conditions to obtaining Medicare and Medicaid funds “have long included a requirement that certain providers maintain and enforce an ‘infection prevention and control program designed . . . to help prevent the development and transmission of communicable diseases and infections.’”  See Biden v. Missouri, https://www.supremecourt.gov/opinions/21pdf/21a240_d18e.pdf.  The five-member majority in this per curiam decision felt the healthcare vaccine mandate fell squarely within the types of conditions historically allowed to obtain Medicaid or Medicare funding.

Like the OSHA mandate, the healthcare worker mandate was adopted via an expedited procedure that bypassed normal notice-and-comment opportunities to allow objectors to be heard.  The majority opinion barely mentioned the lack of due process and called the deferred notice-and-comment period “permissible.”  But Justice Alito dissented, joined by Justices Thomas, Gorsuch, and Barrett, voicing concern about  the expedited process: The Secretary’s need for the expedited process was “fatally undercut . . . with its own repeated delays” in requiring vaccination, and, “Neither CMS nor the Court articulates a limiting principle for why, after an unexplained and unjustified delay, an agency can regulate first and listen later, and then put more than 10 million healthcare workers to the choice of their jobs or an irreversible medical treatment.”  See https://www.supremecourt.gov/opinions/21pdf/21a240_d18e.pdf

Justice Thomas also dissented, joined by the other three dissenters, and articulated concerns similar to the majority’s reasoning in the OSHA opinion, i.e., Congress had not delegated vaccine-mandate authority to the Secretary specifically, and even if it had, it would trammel on the states’ Tenth Amendment right to control health policy. See https://www.supremecourt.gov/opinions/21pdf/21a240_d18e.pdf.  As noted by Justice Thomas, the healthcare vaccine mandate was “not about the efficacy or importance of COVID-19 vaccines” because the case was analyzed in terms of statutory construction and whether Congress delegated (or even could delegate) this type of authority to the Secretary. Thomas opined that a vaccine mandate assumes that the Secretary has “broad vaccine-mandating authority” which is not consistent with all other healthcare safety standards and violates historical precedent that leaves health policy to the states.  See https://www.supremecourt.gov/opinions/21pdf/21a240_d18e.pdf.

But what about the COVID-19 vaccines’ safety and efficacy?

Isn’t this a major concern among the healthcare workers who sought to avoid vaccination, considering the unprecedented death and injury reported on the government’s Vaccine Adverse Event Reporting System (VAERS) website relative to the COVID-19 vaccines?  It surely is, but the issue of vaccine safety was not properly before the Court and so the Court did not consider it.

That is, not one of the state challengers to the healthcare workers’ vaccine mandate alleged a Liberty Clause violation which would require a balancing of interests between the government’s need to impose an unwanted medical procedure and the individual’s liberty right to avoid an unwanted medical procedure. Since a liberty challenge was not raised, a Liberty-Clause-based balancing analysis was not required. See, e.g., https://ago.mo.gov/docs/default-source/press-releases/doc-1—complaint-cms.pdf?sfvrsn=7953e41b_2.

The closest argument concerning the safety or need for vaccination concerned the challengers’ request for the Court to find the mandate “arbitrary or capricious”  because it failed to recognize natural immunity as a basis for exempting healthcare workers from the vaccine mandate.   But the Court’s limited role in conducting an “arbitrary or capricious” review is to “simply ensure that the agency has acted within a zone of reasonableness,” a very deferential review standard that does not get into the medical science and safety of the COVID-19 vaccines with particularity.   The Secretary’s view of the need for the vaccine mandate was supported by some scientific evidence, and the expedited process did not allow objectors to offer conflicting scientific evidence as part of the normal notice-and-comment process.

To challenge the efficacy, need for, and safety of the COVID-19 vaccines, a Liberty Clause challenge based on the Supreme Court’s medical autonomy and bodily integrity jurisprudence must be presented clearly to the Court.  Such a challenge is surely forthcoming. A future article for the DailyClout will address the Court’s original Liberty Clause analysis in the 1905 vaccine case, Jacobson v. Massachusetts, as well as the Court’s precedent over the past 100 years concerning each American’s right to reject unwanted medical treatment pursuant to the Liberty Clause.

Deana Pollard Sacks is an attorney for the DailyClout and has a weekly radio show, Counterspeech, focusing on the COVID-19 pandemic, the vaccine mandates, the Constitution, and the COVID-19 lawsuits pending or recently decided. Counterspeech is on Revolution Radio every Saturday 6-7 PM ETS (Studio B) and the podcasts are uploaded to Rumble.com under “Counterspeech.”