The Fatal Flaw of Our Republic: Limitless Terms and Career Politicians 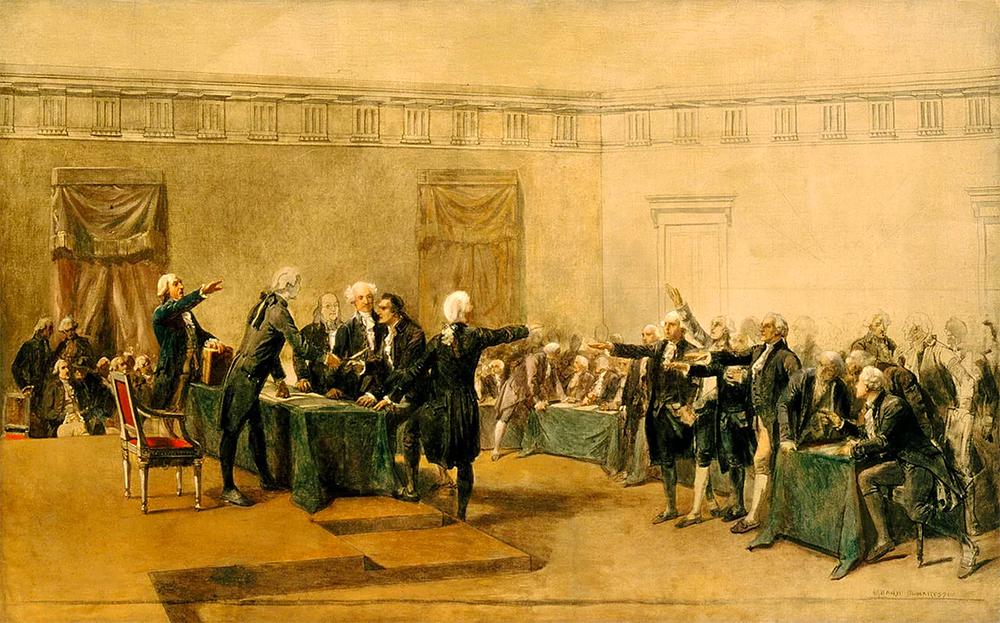 In the recent Presidential election, in the debates about health care and tax reform, in every senate and congressional election, the usual characters have emerged, and the process continues in its never ending cycle: Career politicians forever campaigning to stay in their positions of power and privilege by promising money (which does not belong to them) to their constituents or interest groups.

While politicians tinker with the first amendment and campaign finance laws, they purposefully overlook the real problem in our system: the lack of term limits. Alas, in crafting the most miraculous founding document in all of human political history, it is clear that the founding fathers got this one thing wrong.

There is no greater danger to the republican form of democracy than the seduction of a complacent electorate by the politicians who represent them. This vested and entrenched club of elite career politicians, whose self-interest reigns over conscience or duty once the opiate of power, position and prestige is tasted, will make any promise and sacrifice any principle to remain in their feathered nest of privilege. Demagogues particularly of, but not limited to one party, all in the cynical name of altruism, promise that whatever your complaint in life, whatever “marginalized” victim-class you belong to, Government can and should fix it.

Re-election rates in the last election were 97% in the House and 93% in the Senate. Since 1964 the re-election rate has never fallen below 85% in the House, and rarely below 80% in the Senate. There are fourteen current Senators and Congressmen who have served thirty-six years or more. There have been one hundred and ten past and present politicians in Congress who have served more than thirty-six years. Senators Byrd, Inouye, Thurmond and Kennedy all served at least forty-six years. What exactly is their legacy, or more to the point, what was the cost to the nation of having these career politicians in terms of pork, political favors, special-interest pandering and worse?

Successful career politicians permanently campaign for re-election and create power-centers for themselves and their parties by exchanging favors at public expense, extracting and incurring obligations with other career politicians and with special-interest groups and always placing themselves ahead of national interest. If our system of governance is one of checks and balances which guard against the forces of vice plaguing every society, what, then, checks the self-interested politician and his accomplice, the self-interested voter? It must be term limits.

How did the Founding Fathers miss this key element in the Constitution? In eighteenth century America, public service was an honor, an obligation, and an extreme hardship. Serving in any federal capacity meant weeks and months away from home, arduous travel on horseback or carriage, almost certain personal financial loss, decline in their farms or businesses for lack of attention, and meager compensation from the federal coffers for the privilege. One need only read John Adams’ letters to see that his service of decades, including in the highest office of the land, came at great personal loss.

The Founding Fathers placed no limits upon the number of terms one could serve in Congress or the Presidency because they could not imagine a time when anyone would want to serve more than the specified terms. The ideal and the expectation was that “citizen politicians” would serve, then be grateful to return to their farms or shops. Nor did they anticipate trains, superhighways, airplanes and the internet. To serve was to go to Washington, either on a horse or behind one, or on a coastal sailing vessel.

In the late 1780s during the height of the debate over the constitution, the alias Cincinnatus famously said in his objections to the creation of the proposed “aristocracy” of the Senate (Anti Federalist #64):

“Is a body so vested with means to soften and seduce, so armed with power to screen or to condemn, so fortified against suspicion and inquiry, so largely trusted with legislative powers, so independent of and removed from the people, so tempted to abuse and extend these powers, is this a body which freemen ought ever to create, or which freemen can ever endure? Or is it not a monster in the political creation, which we ought to regard with horror?”

The warning from Cincinnatus was prescient and anticipated the career politician. Today Congress has fulfilled every expectation of cronyism Cincinnatus could have envisioned. The reality of his prediction is more pernicious than he imagined: that over the generations Washington elites would be elevated to the Orwellian “some citizens are more equal than others” class. And when there is a class of elites, there is always a corresponding class of serfs, naïve dependent voters who abdicate personal responsibility, failing to exercise their civic duty to be informed and to reject handouts at the cost of long term harm to the country and future generations which Friedrich Hayek predicted in his seminal work “The Road to Serfdom.”

Furthermore, if an elite member of the political class has no fear of ever returning to the ranks of common citizens, he can afford to disparage the rule of law since he is forever above the law. This has resulted in a crisis of confidence in our governmental institutions. Is it any wonder that it is from career politicians that we hear about changing the first amendment, abolishing the second amendment, ignoring duly enacted immigration laws, condoning the corrupt use of the IRS and the FBI against political enemies, and using the State Department for personal enrichment? How about exempting themselves from the Affordable Care Act? It is the private citizen, the individual without power, who needs the protection of the rule of law.

Politicians must be elected, and what politician today has the courage to tell his own constituents that what they desire is not good for the country, and ultimately, by extension, for them? If not adverse today, than someday, perhaps for their children?

To give just one example (there are many), Joni Ernst (R, Iowa), the newly elected junior senator from her state, campaigned on cutting government pork. Yet Ernst says she “philosophically opposes government meddling in markets but promises to protect EPA’s ethanol program until all other subsidies are repealed.” During the primary debate in 2014 she and all five primary rivals said they supported federal agricultural aid. Corn subsidies in Iowa alone amount to nearly $1 billion per year.

The corn in Iowa and across the agricultural states, used for producing ethanol additives in gasoline required by the Renewable Fuel Standard, is, at best, a net zero proposition in terms of its reduced carbon contribution, and there are studies that say it is actually worse when considering ancillary issues of processing, fertilizing, etc.. Ethanol also competes with corn products in food processing and feed for livestock.

Why, then, are the tax payers in the business of subsidizing a crop which subsidy provides no appreciable benefit to the nation? Simple: Bribery. Like Diogenes looking for an honest man, can you name any politician who places office and duty above the desire to be elected or to keep their party in power? If this sounds all too “Mr. Smith Goes to Washington,” then perhaps we are so jaded that we are all part of the problem.

Limit terms to the original six years for a senator and perhaps two terms for a congressman and politicians would no longer be perpetually running for office, taking campaign contributions, no longer have any incentive to deceive or bribe the voter, and they themselves would have a greater stake in good government as citizens rather than as the power-elite. They would have to return home from Washington and live under the taxes, programs and red tape they themselves have created.

Without term limits, there is a fatal flaw in our political system. Will we go the way of every other republic before us? With $20 trillion in debt, a near permanent political class and half of all citizens in the dependent class paying no tax at all, we are well down Hayek’s “road to serfdom.” Who will have the courage to do what is right for our children and grandchildren? It may already be too late.

Ronald Wisner is a frequent contributor to the Op-Ed pages of various outlets with his “Essays on Liberty.” He has been a manufacturer and worked in mergers & acquisitions, private equity and other investments. He is a patent holder, musician, teaches celestial navigation to sailors and sails his Columbia 50 in the Cape Cod area and the North Atlantic.

Spread the love
This DailyClout article is the writer’s opinion.
One of our country’s most important freedoms is that of free speech.
Agree with this essay? Disagree? Join the debate by writing to DailyClout HERE.
Spread the love
Previous StorySupport NYC Veterans Alliance
Next StoryMajor Changes to American Disability Act – Last Week In Congress