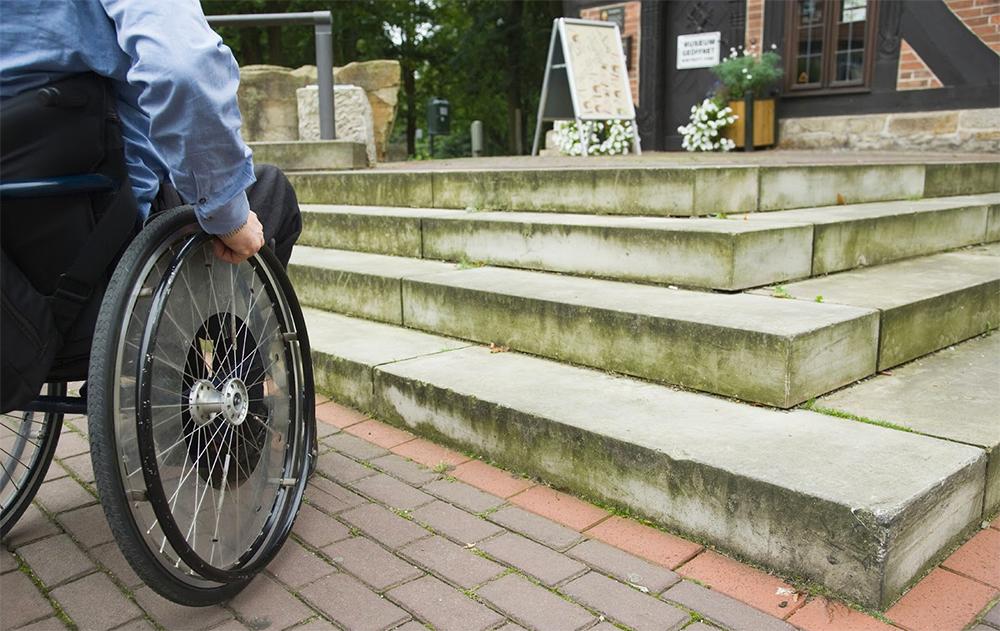 Congress was back on break, taking advantage of their district work period. That means that your Representative was in an office near you.

This was your chance to call or set up a meeting with congress people; they may be holding town halls as well. Remember to stay tuned to the district schedule. Bookmark this page so you can check it every week or so. If not, come here and I’ll tell you what the schedule looks like.

While The Hill ws not active last week, the House passed a number of bills last week. One in particular makes major chances for the lives of disabled people. I’ll cover that and post the rest of schedule below.

The ADA Act passed the house last week with 108 cosponsors — 97 Republicans and 11 Democrats. The vote was not very close with 225 in favor and 192 against. What’s in this polorizing bill?

The bill is an “update” in the law for disabled people, instituting a “notice and cure” period for disability lawsuits.This means that any person claiming discrimination must first provide written notice, allow 60 days for acknowledgment of the receipt of the complaint, plus an additional 120 days before legal action can be initiated. It’s important to note that no other civil rights legislation require such an extensive process. Why was it passed?

Well, Republicans “for modern times”, according to Republicans. Democrats say it is a detriment to disabled Americans’ and an attack on civil rights.

The original ADA or Americans Disability Act was a major peice of legislation that outlawed discrimination in employment, housing, on the basis of a disability.

It also mandated many of the accommodations such as wheelchair ramps we have on building s today. At the time, it passed without controversy. Sponsor Ted Poe (R-TX) created this legislation because of abuses he sees currently in the “integrity” of current law. Despite business owners best attempts to comply with the law, he argued in a press release, “certain attorneys and their pool of serial plaintiffs troll for minor, easily correctable ADA infractions so they can file a lawsuit and make some cash. There is a now whole industry made up of people who prey on small business owners and file unnecessary abusive lawsuits that abuse both the ADA and the business owners. This bill will change that by requiring that the business owners have time to fix what is allegedly broken. If they fail to correct the infractions the plaintiff retains all of their rights to pursue legal action. This legislation restores the purpose of the ADA: to provide access and accommodation to disabled Americans, not to fatten the wallets of attorneys.”

“We did not have access to public buildings, employment opportunities were scarce, and there were no legal protections against discrimination. I remember wanting to attend certain schools, family functions, or even professional events, but my participation was always dictated by the barriers I encountered. Each lost opportunity was a reminder that I am not like everyone else. Even if our country was founded by a belief that we can celebrate our differences while finding strength in our commonalities, I – like so many people with a disability – should not be limited because I cannot have a seat at the proverbial table of life – no matter the occasion.”

The rest of the schedule:

Legislation Considered Under Suspension of the Rules:

1) H.R. 4533 – To designate the health care system of the Department of Veterans Affairs in Lexington, Kentucky, as the “Lexington VA Health Care System” and to make certain other designations (Sponsored by Rep. Andy Barr / Veterans Affairs Committee)

3) H.Res. 129 – Calling on the Department of Defense, other elements of the Federal Government, and foreign governments to intensify efforts to investigate, recover, and identify all missing and unaccounted-for personnel of the United States, as amended (Sponsored by Rep. Sam Johnson / Foreign Affairs Committee)

9) H.R. 4979 – To extend the Generalized System of Preferences and to make technical changes to the competitive need limitations provision of the program, as amended (Sponsored by Rep. Dave Reichert / Ways and Means Committee)

WEDNESDAY, FEBRUARY 14TH
On Wednesday, the House will meet at 10:00 a.m. for morning hour and 12:00 p.m. for legislative business.

DailyClout Editor-In-Chief & Policy Analyst. Graduate student at NYU Wagner, who received his BA in Political Science from Monmouth University. He has been published in the Huff Post Blog and Fair Observer, and served for a year in Americorps, building infrastructure and responding to disaster in the American South.
Spread the love
more
Spread the love
more
Previous StoryThe Fatal Flaw of Our Republic: Limitless Terms and Career Politicians
Next StoryThe House Takes on Sex Trafficking – Last Week In Congress
--