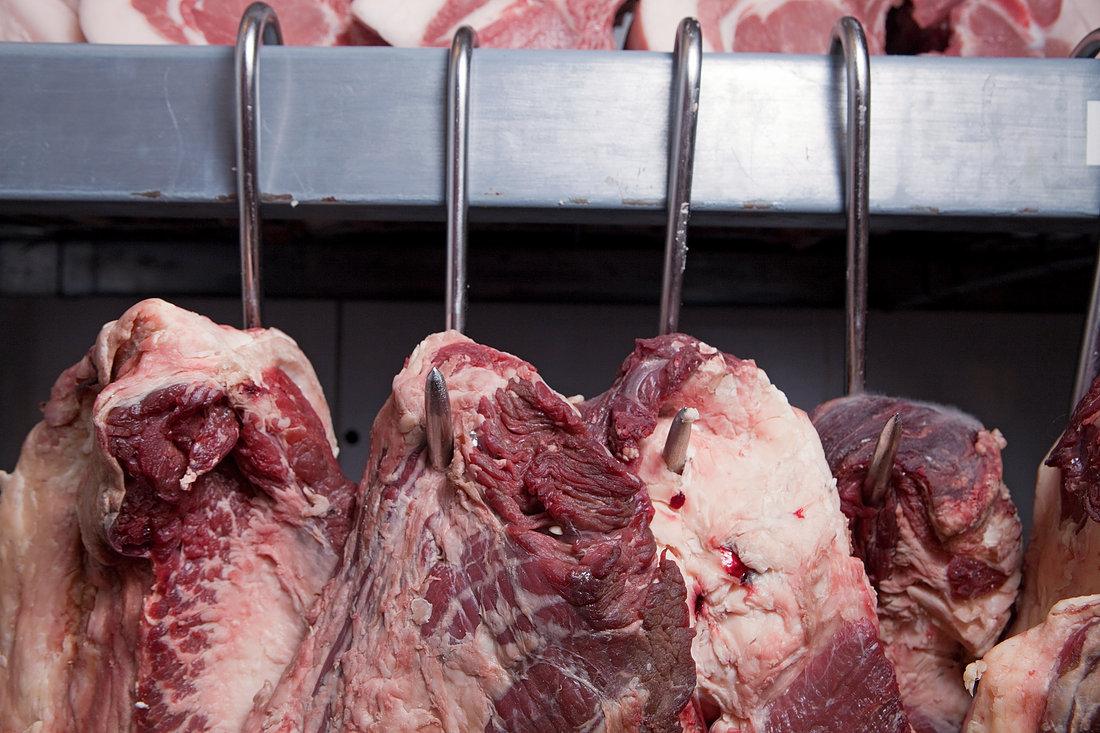 “If slaughterhouses had glass walls, everyone would be a vegetarian,” stated rock legend Paul McCartney in 2009. Most people know about the growing uproar around the ethics of producing and consuming animal products. With the rise of the vegetarian and vegan movements, more people than ever are demanding to know: what goes into our food? How is it produced? And, most importantly: are we, as consumers, willing to fund it any longer? The word is getting out — as animal rights organizations have released more and more footage confirming abusive practices, and the internet has shared these torments in real time. Corporations stand to lose vast profits — and, as a result, a wave of new bills are surfacing to silence these activists. These bills are called “ag-gag” laws — as they gag the message of critics of these agricultural practices. The laws come on the heels of startling reporting on animal abuse. Animal rights organization Mercy For Animals consistently conducts undercover investigations at animal production facilities across the country. This February, that organization’s investigators exposed the secretive operations of Hormel Foods Corporation, which is also a pork supplier. The investigators created and distributed footage on how mother pigs were confined day in and day out in filthy metal crates, and how workers ripped out living piglets’ testicles and cut off the piglets’ tails, all without anesthesia.

Animal rights organizations’ reporting of abuses has had an impact: the New York Times reported a 19 percent decrease in beef consumption between 2005 and 2014. In 2016, a survey by the American Society for the Prevention of Cruelty to Animals (ASPCA) found that three quarters of American consumers would like stores to carry a greater variety of “welfare-certified” meat, eggs and dairy. Additional research by the Animal Welfare Institute found that

seventy-seven percent of consumers claim that they are concerned about the welfare of the animals that are raised to feed them, and are willing to pay more for food that is labeled “humane.”

But the definition of “humane” treatment of animals or “humane” slaughter methods, remains murky territory. And what many consider to be acts of violence against animals, continue to be common procedure. For instance, Controlled Atmosphere Stunning is a pig slaughter method that involves the lowering of pigs into a gas chamber filled with CO2. This method is “Animal Welfare Approved” and “Certified Humane” in Australia, and also, according to Illinois animal rights group Free From Harm, is “used in some U.S. slaughterhouses.”

“Humane farming advocates [are] urging more producers to adopt the procedure based on claims that it causes less stress and suffering to animals than other methods of stunning,”

says Ashley Capps at Free From Harm. The footage, however, tells a different story: in cases of use, pigs respond to being gassed in a panicked way — thrashing, heaving and fighting for their lives.

Big Agra is cracking down on these investigative releases. State by state, Agra-friendly representatives have introduced so-called “ag-gag laws.” As In These Times described in 2015, “the details vary state by state, but the intent remains the same: to criminalize people who blow the whistle on animal abuse, labor violations, groundwater pollution and further malpractice within factory farms—and often in other industries.” Critics argue that this is a breach of the Constitutional right to free speech.

Ag-gag bills have failed in more than twenty states over the past few years — for example, in Tennessee — because the Governor in that state labeled them “constitutionally suspect”. Nevertheless, ag-gag laws have been around since the 1990s in some states, while many other states have voted recently to approve them.

“This section comprises Kansas’ farm animal and field crop and research facilities protection act. […]. A person is […] prohibited from exercising control over an animal or property. The act makes it illegal for a person to enter an animal facility that is not open to the public to take pictures or video. Violation is a nonperson felony if the property damage is $25,000 or more. Illegal entry that involves taking of pictures or video is a class A, nonperson misdemeanor.”

In other words, Kansas criminalizes the act of reporting on animal facilities (that is, slaughterhouses).

North Carolina’s newly passed ag-gag law, which Vice News dubbed “the worst in the nation,” has been in the spotlight. North Carolina approved the bill because its supposed aim is to protect businesses from property theft. According to Vice, bills such as North Carolina’s have historically “sought to protect meat and poultry producers against employees who document health or safety violations inside slaughterhouses.” North Carolina is one of the top producers of poultry and pork in America.

The bill, passed 2015, is “an act to protect property owners from damages resulting from individuals acting in excess of the scope of permissible access and conduct granted to them.” In other words, it forbids employers from recording data in non-public areas of their workplaces. If you work in a slaughterhouse, you may never take a picture or recording of what happens there every day. Also due to this bill, in North Carolina, if you publish footage of animal cruelty among other kinds of cruelty (including against children or elderly people in childcare centers or nursing home), you can be sued by the business owners for “bad publicity” and can be forced to pay a fine of five thousand dollars for each day you recorded the evidence.

Critics see this as just another new, and now legal, way of keeping employees in all the industry sectors where rights violations might occur, silent. The state’s Governor, Pat McCrory, vetoed the bill; yet the North Carolina legislature overwrote his veto.

On the other hand, bill sponsor Rep. John Szoka (R-NC) claims this is not an “ag-gag” bill; in his view, it merely serves to protect businesseses from competitors, and it urges workers who observe cruelty, “to go to the proper authorities, like the police or the USDA,” instead of directly publishing the footage.

Many feel that a discussion of these laws is not only important in the battle for animal rights, it’s necessary in order to defend the First Amendment. Others feel that businesses must protect what happens behind closed doors — even if reports of what happens, would alienate consumers.

What is your view? Tweet your opinion about these bills to Rep. John Szoka and to the Hormel Foods Corporation.

Spread the love
Spread the love
Previous StoryUniversal Health Care in New York? Artists, Hackers and Filmmakers Say, Go For It; Small Business Owners Say, Hold On!
Next StoryWolves of Wall Street, On the Loose?