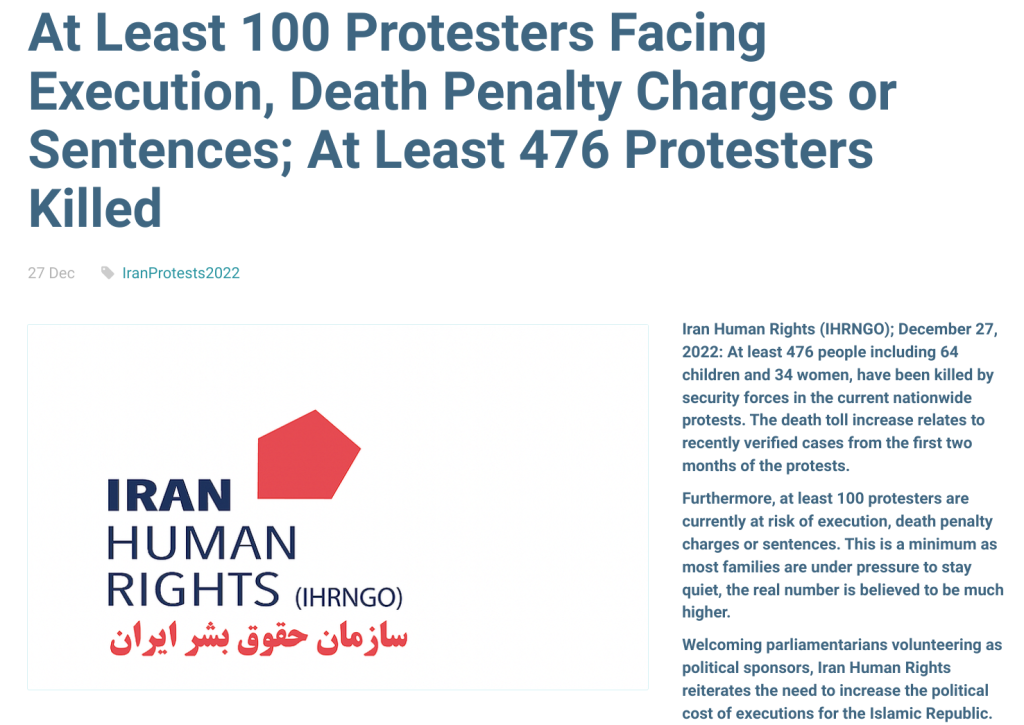 Mass protests have been taking place in Iran for 102 days, with citizens demonstrating in the streets and at universities calling for freedom from the Iranian regime, led by long-time Supreme Leader Ali Khamenei. The regime is trying hard to crack down on mass protests and is facing the largest opposition by its citizens since the Iranian Revolution in 1979.

There are currently over 18,000 people who are detained due to protesting, according to Ariel Osoran, Middle East Correspondent of i24 News.

Iran Human Rights Group (IHRN), an NGO with members inside and outside of Iran, based in Oslo, Norway is dedicated to publicizing the atrocities in Iran. IHRN published the names of 100 people who already have been sentenced to death or who are at risk of a death sentence due to their participation in the protests.

Among the list of those awaiting their fate at the hands of the Iranian regime is a famous rapper named Toomaj Salehi. Salehi had been sentenced to death, yet his execution has been postponed thus far, thanks to wide public support among Iranian citizens.

I24 News reported on the story:

Spread the love
This DailyClout article is the writer’s opinion.
One of our country’s most important freedoms is that of free speech.
Agree with this essay? Disagree? Join the debate by writing to DailyClout HERE.
Spread the love
Previous StoryTop Insurance Analyst: High-Vax Regions Show a 15% Higher Mortality Rate in 2022 Than in 2021
Next StoryAnecdotals – Stories of the Vaccine Injured