Opinion: “The Death of Free Speech and the Beginnings of American Tyranny” 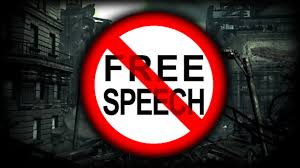 Former President Ronald Reagan said that freedom is never more than one generation from extinction. He also said that fascism would come to us from the Left.  And here we are.  If readers may think that somehow this time and this country is different or immune to that prediction, they may be in for a rude awakening.

Many leaders and influencers on the Left at this moment  seem  either not to understand or to care about the Bill of Rights, as they are trying to cancel and nullify the most important part of it: the right of free speech embodied in the First Amendment. President Trump’s Twitter account and other social media have been permanently blocked by social media platforms, an act which violates his freedoms speech. While the platforms point out that they are private companies, it’s still a bad precedent: if his speech can be censored, so can yours.

This slippery slope started with the soft censorship of political correctness. This is a term that, ironically, was used in 1917 by Marxist-Leninists to describe adherence to the party line. The trend of political correctness is especially prevalent on college campuses and in some very blue cities.  Now leaders on the Left have embarked on a campaign of unapologetic, full-on censorship efforts.  We on the Right saw this coming, and we tried to warn you. (Opinion: “The Illiberal Left: Today’s New Fascists?” DailyClout, May 2018)

The rapid turning point in our access to liberty came on January 6th.. On that sad day, there was legitimate and  general outrage that the US Capital had been stormed by out-of-control Trump demonstrators.

This catastrophic event, combined with the Left’s perennial hatred of the person of Donald Trump was wielded as the excuse for a full-blown epidemic of censorship, including the eventual destruction of an entire social media company called Parler, via the withholding of servers and vendors.

Most sane people  on both sides have condemned this act of violence of storming the Capitol, including former President Donald Trump himself.  His departure speech was full of grievances about the election, which most on the Left say are baseless while many on the Right claim these are true.  Whatever your view of his speech, it is a dangerous precedent that his words, or the words of others calling for examination of the election results, were described by leaders on the left as being “seditious.”

One might argue that no one has an exclusive on the truth.  One man’s truth will almost certainly be another man’s lie.  The right to open and free debate is the only path in a civil society to a consensus.  That is the entire point of free speech.   The right to question the elections is something far from endangering democracy; indeed, free speech is its primary safeguard.

In a time when uncivil speech is abundant on all sides, it should be noted that Trump’s speech itself did not contain any calls to arms or violence.  His exact words were “I know that everyone here will soon be marching over to the Capitol building to peacefully and patriotically make your voice heard.” (full text here)

When prominent Democrats say things such as: “there must be unrest in the streets as long as there is unrest in our lives”  Rep. Ayana Pressely (D-MA) or former Senator Hillary Clinton says “You cannot be civil with a political party that wants to destroy what you stand for, what you care about,” as she did in an interview with CNN’s Christiane Amanpour, are they also being seditious?

How about Sen. Charles Schumer, (D-NY) when he said “I want to tell you Gorsuch. I want to tell you Kavanaugh. You have released the whirlwind and you will pay the price. You won’t know what hit you if you go forward with these awful decisions,” as he stood in front of the Supreme Court? Is that free speech, or sedition?

When Rep. Maxine Waters (D-CA) encouraged crowds to intimidate Trump administration officials by saying “Let’s make sure we show up wherever we have to show up. And if you see anybody from that Cabinet in a restaurant, in a department store, at a gasoline station, you get out and you create a crowd….” (CNN, June  25, 2018) – is that sedition?

No.  I do not believe so.  They were all exercising free speech.  In all cases I found these comments wrong and distasteful, not to mention hypocritical.  I think it is wrong to bully people in their private lives while not “on the job” in their official capacities.  But that is my right of free speech to think and say as I choose, so long as there is not a direct incitement to violence, which is already illegal.

In all cases, I would argue, the words used by the Democrats whom I’ve quoted were stronger than those being used by President Trump, and in all cases, these Democrats have had access to the public forum as people exercising free speech.  While Sen. Schumer was taken to task by Chief Justice Roberts, all of them were held to account by free debate, which is the public discourse of a free society.

None of them was censored by social media platforms.  Hatred of a class of people and what they believe is no justification for denying civil rights.  This has been a refrain from civil libertarians since our founding.

According to Supreme Court Justice Brandeis, the antidote to bad speech is not censorship, it is more speech.  Therefore, to quote Justice Brandeis, “If there be time to expose through discussion, the falsehoods and fallacies, to avert the evil by the processes of education, the remedy to be applied is more speech, not enforced silence.”

The ACLU, who has criticized Twitter’s censoring of Trump says:

The Supreme Court has written that this freedom [speech] is “the matrix, the indispensable condition of nearly every other form of freedom.” Without it, other fundamental rights, like the right to vote, would wither and die.

According to the ACLU:

“if only popular ideas were protected, we wouldn’t need a First Amendment. History teaches that the first target of government repression is never the last.”

Beatrice Hall, the biographer of the eighteenth-century French philosopher François-Marie Arouet, known as Voltaire, summarized it in familiar words: “I may hate what you say but I defend to the death your right to say it”

Such was the case when in 1978 the ACLU famously defended a neo-Nazi group that wanted to march through Skokie Illinois where many Holocaust survivors lived.  The highly offensive plans for the march, and the discussion around it because of free and open debate produced a great deal more light than heat.  The ACLU won the speech argument, but the march never happened.

“In fact, many of the laws the ACLU cited to defend the group’s right to free speech and assembly were the same laws it had invoked during the Civil Rights era, when Southern cities tried to shut down civil rights marches with similar claims about the violence and disruption the protests would cause.” (ACLU 100 years: Taking a stand for Free Speech in Skokie)

But what happens when there seems to be an alliance between the government and those in control of the levers of free speech?  What if the party in control of two branches of Government is in league with the Major Media, Big Tech and Big Business? What if Government and all the other major powers in a society now seem to be one and the same?  When we say “government oppression” we must now add “and the agents of government oppression.”  How is that any different from the role of oligarchs in other illiberal societies?

This is an utter failure to realize the Founders’ intentions, in which free speech was exercised by the citizens and the Fourth Estate was supposed to be the watchdog of a free society.   In these circumstances the protections of the First Amendment are at their most critical and necessary, for a  Leviathan of such a magnitude as the combination of Big Tech, Big Business and Big Government must be subject to unfettered criticism and review or it will crush all liberty.

But it gets worse.  Not content with censoring opinions they do not agree with, they want to cleanse our minds.  We need to be “re-educated” in our thinking:  Rep. Ocasio-Cortez (D-NY) thinks there should be a “Truth and Reconciliation” commission.

Michael Beller, a lawyer at PBS, said “Even if Biden wins, we go for all the Republican voters, and Homeland Security will take their children away. What do you think about that,” “And we’ll put them into reeducation camps.”

PBS promptly issued the statement: “This employee no longer works for PBS. As a mid-level staff attorney, he did not speak on behalf of our organization, nor did he make any editorial decisions.”

But how do such ideas even rise to the level of discussion?  Have these people not read George Orwell’s “1984” or “Animal Farm”?  Are they not aware of the history of tyranny of the last century?

The first step toward totalitarianism is to silence dissent.  The Bolsheviks did it in 1917  by restricting the press.  The Nazis proclaimed, “We demand legal opposition to known lies and their promulgation through the press.”

In China there are whole camps established to “re-educate” the Uighurs, the minority ethnic Muslims.

Libertarian instincts are deeply troubled by this change in our society that is making it more like China, and less like America.  The first amendment is the golden amendment. Without it, no other part of a civil, liberal democracy of laws, not of men, is possible. The right of free speech is the right upon which all other freedoms depend.

The Founding Fathers understood all of this. Indeed, the genius of the Constitution is that it recognizes human nature.  Human Nature has never changed and will never change.  The separation of powers and the Bill of Rights are  direct acknowledgements of that truth.  What was true 200 years ago is true today; only the trappings have changed:  today we have wonderful modern machines.  Horses have turned to cars and airplanes, newspapers turned into telephones and television which turned into Internet which turned into social media. But tyranny can use all of those for suppression and domination, and it has started to do so.

I promise you that you should not celebrate the silencing of conservatives. Because someday, somehow you will say something or do something that offends those in control, those who have the power to silence or cancel. And history shows with certainty that then, they will come for you too. 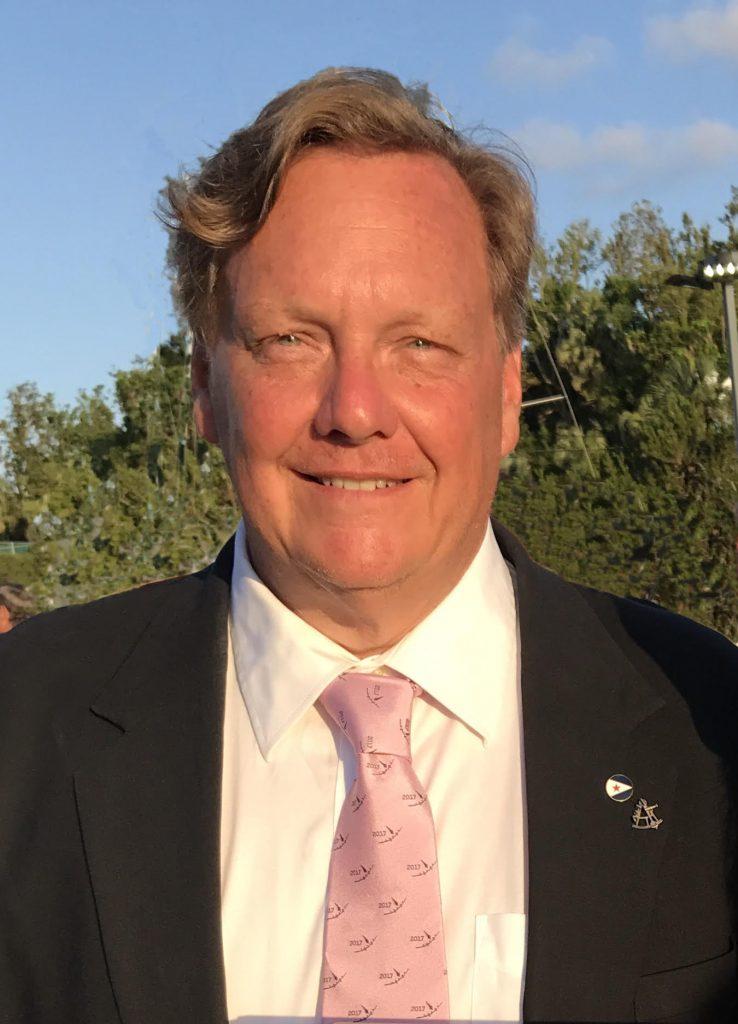 Ronald Wisner is a frequent contributor DailyClout and the Op-Ed pages of various outlets. He has worked in manufacturing, mergers & acquisitions, and private equity.