Opinion: “No Takers For China’s COVID-19 Vaccines in Cambodia and Vietnam” 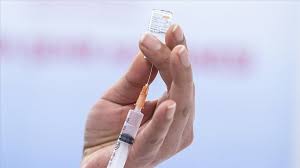 China, the architect of the COVID-19 misery, is trying hard to project its COVID-19 vaccines as face-saver amidst worldwide condemnation of the country as the originator of the coronavirus. China’s two major vaccines are Sinopharm with 72.5% efficacy and Sinovac that is 50.6% effective, the latter having one of the lowest efficacy rates as compared to any existing coronavirus vaccine. Despite its best efforts to push these vaccines in South East Asian countries, these vaccines have failed to generate much interest in countries like Cambodia and Vietnam.

Majority of local Cambodian citizens are becoming anti-Chinese. A social boycott of Chinese people and establishment has started in Cambodia because of their high handedness, unruly and rowdy behavior. Chinese nationals are found involved in many illegal businesses in Cambodia, for example, operating casinos, online gambling, money laundering, narcotics etc. Presently, few local Cambodian are willing to rent his/her property to Chinese nationals in Phnom Penh city and other provinces in Cambodia.

Another country where Chinese vaccines have not gained traction is Vietnam. Vietnam, which recently began its inoculation drive, has overlooked China-made vaccines, opting for the vaccine developed by British-Swedish pharmaceutical giant AstraZeneca instead. Citizens claim that though they would confidently take any vaccine approved by Vietnamese regulators, the one made in China would be their last choice.

Nguyen Phuong Linh, associate director with global consultancy firm Control Risks, said China’s vaccine diplomacy had failed with Vietnam mainly because of anti-China sentiments among the public. From the beginning of the COVID-19 pandemic, the virus has been widely reported in Vietnam as originally coming from China. Since then, anti-China sentiments, which were already strong, have shown no sign of weakening.

There is a public distrust of China in Vietnam because in the early days of the pandemic, China did not come to Vietnam with offers of personal protective equipment which showed a level of politicization in Beijing’s “COVID-19 diplomacy”. These sentiments have been fuelled by an ongoing territorial dispute in the South China Sea between China and Vietnam. Beijing’s activities on the Mekong River have also adversely affected Association of Southeast Asian Nations (ASEAN) downstream, including Vietnam.

In addition to the AstraZeneca vaccine, the Pfizer-BioNTech and Sputnik V vaccines for emergency use, Vietnam is also developing four home-grown vaccines, with human trials having started for two of them. One of these, the Nano Covax vaccine is expected to be approved for emergency use by the middle of the year 2021. If this happens, Chinese vaccines will not see the light of the day in Vietnam.

China needs to realize that the vaccines alone cannot heal the wounds of the COVID-19 misery it has inflicted upon the whole world. Rejection of Chinese vaccines implies loss of trust and respect for China and a beating to its image of being a regional power.