Opinion: “Could a Group of Square Dancers Save The World?” 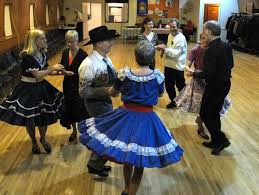 If you remember learning square dancing as a kid, it involves groups of eight people, 4 couples making up a square of 8. The dancers hold hands, they circle left and right, they do-si-do, they swing their partner, twirl, exercise, and at the end of the dance, all 8 hold hands and thank the caller, then thank one another by hugging, shaking hands and celebrating the end of a great dance. Then we all spend about 15 minutes resting up, socializing, sharing treats that we bring to eat with one another between sets of dancing.

Thinking back one year ago in March of 2020, it was the end of the evening of square-dancing class, and I stood in front of a group of about 80 square dancers, we all got in a big circle in the big hall and we looked around at one another knowing just a little about this virus that they said was coming to get us. We grabbed and held each other’s hands and thanked our square dance caller for the last time. I jokingly suggested everyone go home, wash their hands, and burn their clothes, and we would see each other really soon. And that was a year ago.

It was devastating! All dancing stopped. All senior centers closed. One was even converted into a homeless shelter. Square dancing, an activity many of these dancers have enjoyed for decades, dancing sometimes more than two times a week for exercise and fellowship was destroyed. We locked down, waiting for an all clear.

Then one day, I heard Dr. Fauci say we should never shake hands again. That was the day I stopped believing him. What did he just say? What are the implications of such a notion I asked myself? What absolute rubbish I told myself. Never shaking hands again would entail adapting to new methods of greeting people. How about courtship? And what about dancing? What about square dancing?

Weeks passed and in time, some clubs, callers, and others resorted to arranging Zoom square dances. Dancers from all over the world would appear in little Squares on the laptop in anticipation of possibly sparking up the activity again. At first, a square dance caller would play his or her music and call out a song or a tip as it is called in square dancing. Square dancing, like I mentioned earlier is a listening game. It’s like Simon says put to music where the dancers do what the caller says. So, at first the callers called for two couple squares where one couple or even a single dancer would be dancing with an imaginary “ghost” couple dancing opposite them. It was sad. It was awkward. It made me want to cry.

As time went on, we began seeing two couples dancing together. What a scandal right?  A brave couple would get together with another brave couple at their home, and that’s when two couple squares began popping up on the Zoom calls. We noticed that sometimes they wore masks and other times, not. Then as time went by, we slowly began seeing groups of 4 couples on these Zoom calls. Not many, but some.

So in around June, several couples got together in the garage of one of the square dancers in the club, and we started to dance in squares of two couples rather than the standard four. We took all the precautions. We had bottles of gross soap you find everywhere now adays. We had the garage doors open and ran a fan for proper ventilation and circulation. We brought our own water and treats. We did everything except for wearing masks. We all decided there was no joy in dancing if you couldn’t see the smile or the expression of your dancing partner, so all of us chose not to wear masks but agreed to allow anyone who wanted to join us who wanted to wear a mask to do so. And we made a pact with one another. If anyone felt sick or on the edge they were not to come.

Eventually we put together an entire square of adults, 8 people, 4 couples, unmasked in a 2 car well ventilated garage. And we all danced that way at least once a week for several months. It was time to dump the Zoom and expand our horizons.

One day, my wife asked the club square dance caller if he would call a live dance for us. She told him if he would agree, she could get a group of dancers and put couple of squares together to dance, and our caller heartily agreed.

The caller, we will call him Richard, has been calling and teaching square dancing for over 40 years and during the lockdown, he turned 80 years old. We did one of those drive-by pathetic celebrations for him that fine day. More than 70 cars long. Richard lives and breathes square dancing. He needs to call as much as many of us need to dance.

My wife reached out to one of the club members who has a tennis court in their back yard and asked if they would be willing to have a weekly square dance in their backyard on the tennis court. Dancers could choose to wear masks if they wished, and once again, if any dancer felt the least bit sick or off edge, they needed to promise to stay away till they felt 100%. The couple agreed, and the first tennis court square dance was planned for January 7th, 2021. There were 20 people present for the first dance. Two squares of 8, the caller and three others to rotate in and out. It was a glorious day. The dancers ranged in age from a 13-year-old girl to a 90-year-old man. The average age was approximately 70. No masks but lots of soap and smiles.

And now, after that first January dance, the tennis court square dancers have met, and square danced for two hours at a time every Sunday. And each weekend, slowly, the group is growing in numbers. Word of mouth and curiosity have been attracting new dancers. The numbers are swelling as some, (many of whom I thought would never dance again due to the fear factor) have become more confident, seeing as none of us have dropped dead after dancing once a week for the last 2 months, mask free, holding bare hands…imagine that…and swinging and do-si-do-ing, and smiling from ear to ear. Many of them are now ready to re-join as they are being vaccinated and feeling safer.

Last Sunday I was holding the hand of one dancer who I have not seen in a year. I told her how happy I was to see her. I asked her how she was doing, and she whispered she was done. She said she spent the last year in fear and she said she was ready to live life again. No mask, no fear, I think she was relieved and thrilled to be with us. And I was so happy to have her back dancing again.

After months of being uncertain as to whether we would ever square dance with each other for fear that our fellow dancers might believe they could never hold hands again, I’m beginning to think maybe, just maybe square dancing isn’t dead.

And so next week, I expect we will see our group grow even bigger as more learn about us and come out of their shells, eager to get back to normal, eager to touch another human being, as the news spreads that we are not merely vectors of disease. We are human beings who need to hold hands and hug and do-si-do-through life together. And we can, and we should…..I still believe square dancing can save the world. 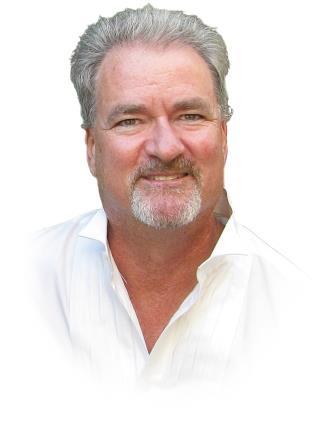 Barry Kessler, 61 born and raised in Los Angeles, California, currently living in Ventura County, California. Barry is a Real Estate Professional as well as a Travel blogger and Podcaster, writing and talking about Puerto Vallarta, Mexico at www.puertovallartatravelshow.com.