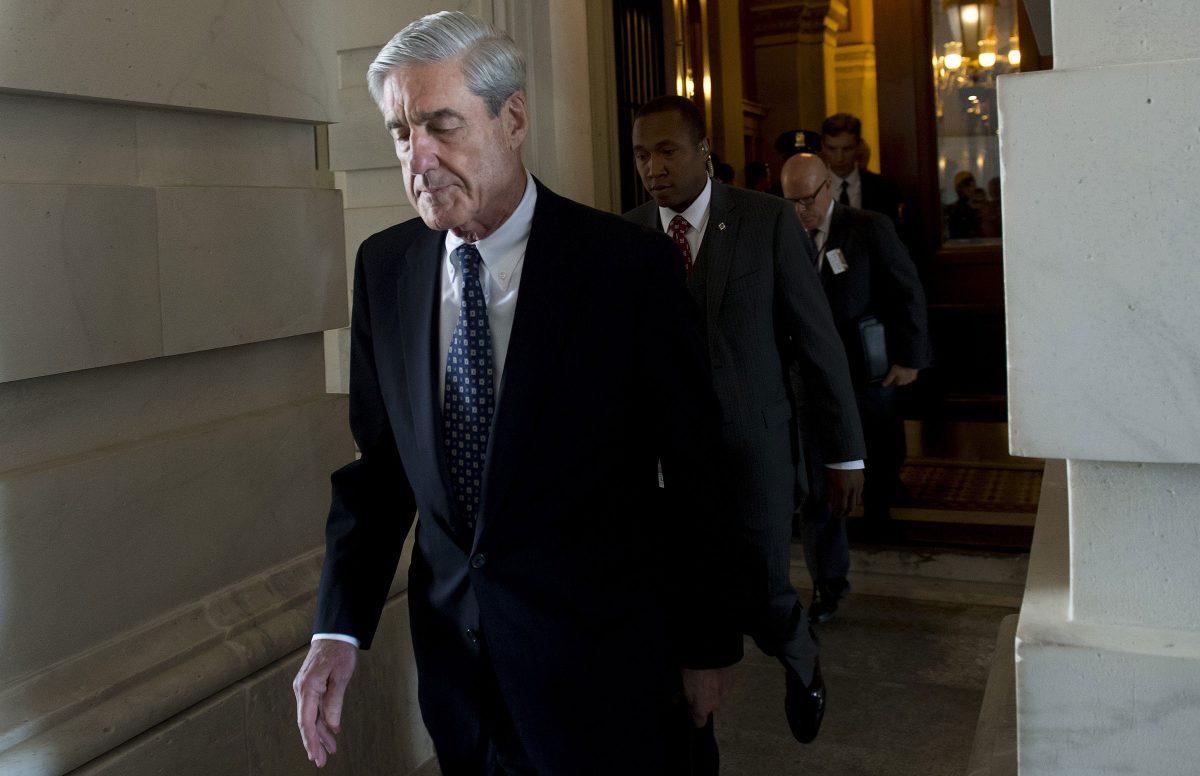 The Mueller report is finally done. On March 23, Special Counsel Robert Mueller sent the confidential report of his 22-month investigation to Attorney General William Barr. Less than 48 hours later, Barr released a four-page letter outlining Mueller’s conclusions and jumping to one as well.

In response to Barr’s letter, Donald Trump claimed, “There was no obstruction, none whatsoever, and it was a complete and total exoneration.” But Mueller did not exonerate Trump of obstruction of justice.

First, Barr writes, “The report outlines the Russian effort to influence the election and documents crimes committed by persons associated with the Russian government in connection with those efforts.” Mueller makes clear that Russia interfered in the 2016 presidential election.

Second, according to Barr, “The Special Counsel’s investigation did not find that the Trump campaign or anyone associated with it conspired or coordinated with Russia in its efforts to influence the 2016 U.S. presidential election.” In other words, there was no finding of collusion.

Finally, and significantly, Mueller did not “make a traditional prosecutorial judgment” about whether Trump committed obstruction of justice. “The Special Counsel therefore did not draw a conclusion — one way or the other — as to whether the examined conduct constituted obstruction,” Barr wrote. “Instead, for each of the relevant actions investigated, the report sets out evidence on both sides of the question and leaves unresolved what the Special Counsel views as ‘difficult issues’ of law and fact concerning whether the President’s actions and intent could be viewed as obstruction. The Special Counsel states that ‘while this report does not conclude that the President committed a crime, it also does not exonerate him.’”

Does this mean Trump has been exonerated?

Mueller didn’t decide whether trump obstructed justice, so Barr did

In his recent statements, Barr did something unprecedented. He took it upon himself, along with Deputy Attorney General Rod Rosenstein, to decide that Trump did not obstruct justice. They made this monumental decision less than two days after receiving Mueller’s report, which apparently contains a comprehensive examination of both sides of the obstruction issue.

After a nearly two-year investigation, Mueller declined to decide whether Trump obstructed justice due to “difficult issues” of law and fact regarding Trump’s actions and intent.

But, in less than 48 hours, Barr and Rosenstein, the two most senior political appointees in the Justice Department, decided to shut down the issue of whether Trump committed obstruction of justice.

Barr wrote, “Deputy Attorney General Rod Rosenstein and I have concluded that the evidence developed during the Special Counsel’s investigation is not sufficient to establish that the President committed an obstruction-of-justice offense…. In making this determination, we noted that the Special Counsel recognized that ‘the evidence does not establish that the President was involved in an underlying crime related to Russian election interference,’ and that, while not determinative, the absence of such evidence bears upon the President’s intent with respect to obstruction.”

However, one can be convicted of obstruction of justice without a conviction for the underlying crime. For example, Martha Stewart went to prison for obstructing an investigation into insider trading, although she wasn’t held liable for the trading itself.

To prove the crime of obstruction of justice, a prosecutor must demonstrate beyond a reasonable doubt that the defendant engaged in (1) obstructive conduct (2) related to an investigation or prosecution, and (3) done with corrupt intent.

Barr’s and Rosenstein’s rush to let Trump off the hook is unsurprising. In June 2018, Barr wrote an unsolicited 19-page memo, in which he argued that Trump’s “motive in removing [James] Comey and commenting on [Michael] Flynn could not have been ‘corrupt’ unless the President and his campaign were actually guilty of illegal collusion.”

No wonder Barr didn’t attempt to interview Trump to determine his intent before making a snap judgment that Trump didn’t obstruct justice. “Mueller should not be permitted to demand that the President submit to interrogation about alleged obstruction [of justice],” Barr wrote in his 2018 memo. “Mueller should not be permitted to interrogate the President about obstruction until [he] has enough evidence to establish collusion.”

Barr likely endeared himself to Trump with that memo. After Trump fired Jeff Sessions for recusing himself from the Russia investigation, Trump nominated Barr for attorney general. Trump knew Barr would have his back. And he did.

Rosenstein, who gave Barr cover in covering Trump’s backside, also has a bias here. It was Rosenstein who wrote the 2017 memo advising the attorney general that Comey should be fired for mishandling the Hillary Clinton email investigation.

Both Watergate special prosecutor Leon Jaworski and independent counsel Kenneth Starr during the Clinton impeachment left it to Congress to decide whether Nixon and Clinton, respectively, obstructed justice. The articles of impeachment in both cases alleged obstruction of justice.

Many Trump critics are wringing their hands at Mueller’s conclusion that there was no conspiracy between the Trump campaign and Russia to influence the election. But Mueller’s charge was limited to investigating “any links and/or coordination between the Russian government and individuals associated with the campaign of President Donald Trump” and “any matters that arose or may arise directly from the investigation.”

Mueller’s report is not the end. There are myriad ongoing federal, state and congressional investigations, as William Rivers Pitt explained on Truthout. The subjects of these probes include the Trump Organization, The Trump Foundation, the Trump inaugural committee, the Trump transition team, and the Trump administration.

In the meantime, the entire Mueller report must be provided to Congress and made public. As Conway wrote, “Congress, the public and history are entitled to decide if Mueller’s recitation of facts warrants the indictment or impeachment of President Trump for obstruction of justice.”