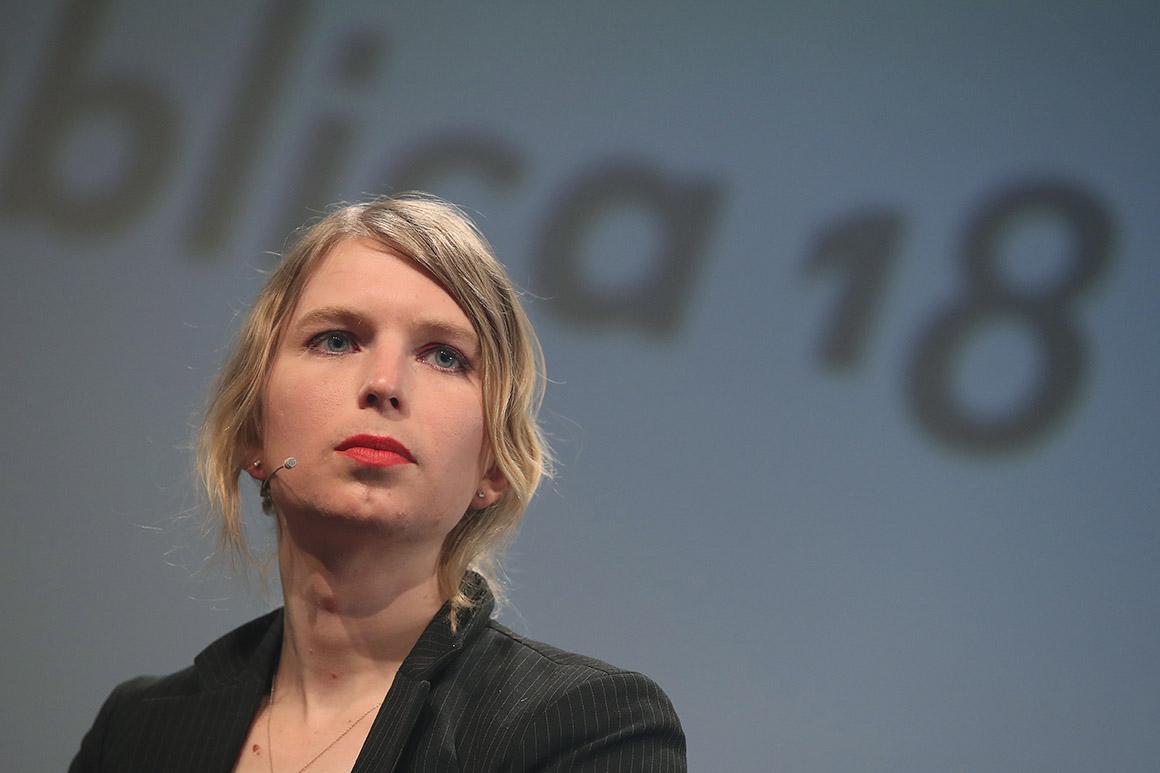 Two years after being released from prison where she had served seven years for exposing U.S. war crimes in Iraq and Afghanistan, Chelsea Manning was jailed once again for refusing to answer questions before a grand jury investigating WikiLeaks and its founder Julian Assange.

“I will not comply with this, or any other grand jury,” Manning declared in a written statement. “Imprisoning me for my refusal to answer questions only subjects me to additional punishment for my repeatedly-stated ethical objections to the grand jury system.”

Noted whistleblower Daniel Ellsberg praised Manning. “Chelsea Manning is in jail again, this time for resisting a grand jury system whose secrecy and lack of witness rights makes it prone to frequent abuse,” Ellsberg told Truthout. “She is also resisting its current abuse, as it is used to attack freedom of the press by pursuing criminal charges for publication of the very war crimes and corruption she courageously revealed to WikiLeaks nine years ago.”

Manning wrote, “The grand jury’s questions pertained to disclosures from nine years ago, and took place six years after an in-depth computer forensics case, in which I testified for almost a full day about these events. I stand by my previous public testimony.”

Prosecutors inadvertently disclosed last summer that they had a sealed indictment against Assange. Since 2010, when WikiLeaks published the documents Manning leaked, the U.S. government has been gunning for Assange. “The Obama administration had decided against trying to charge him because of fears that establishing a precedent that his actions were a crime could chill investigative journalism,” Charlie Savage wrote in The New York Times.

Manning told the judge at her guilty plea hearing that no one at WikiLeaks asked or encouraged her to give them documents. “No one associated with WLO [WikiLeaks Organization] pressured me into sending any more information,” she said.

Before contacting WikiLeaks, Manning tried to interest The Washington Post in publishing the documents, but she received no response. She was also unsuccessful in contacting The New York Times.

At the age of 22, Pfc. Manning, who was an Army intelligence analyst, gave hundreds of thousands of classified Pentagon and State Department documents about the wars in Iraq and Afghanistan to WikiLeaks. In 2013, Manning was sentenced to 35 years in prison. She ultimately served seven years, including time in pretrial custody, after Obama commuted the remainder of her sentence as he was leaving office.

Manning, a transgender woman, suffered in a male military prison and attempted suicide on two occasions in 2016. She was held in solitary confinement and was humiliated by being subjected to forced nudity during inspection for the first 11 months of her incarceration. United Nations Special Rapporteur on Torture Juan Méndez characterized her treatment as cruel, inhuman and degrading. He couldn’t determine whether it amounted to torture because he was not permitted to visit her under acceptable conditions.

Manning refuses to cooperate with the grand jury

On March 8, U.S. District Judge Claude M. Hilton in the Eastern District of Virginia held Manning in contempt and jailed her for refusing to cooperate with the grand jury. The prosecution had offered her immunity from prosecution if she testified, but she declined. Manning will remain in custody until she agrees to answer questions or when the term of the grand jury expires, whichever comes first.

Since she was offered immunity, Manning could not claim the Fifth Amendment privilege against self-incrimination. But in refusing to answer questions, she invoked her rights under the First, Fourth and Sixth Amendments.

“I will not participate in a secret process that I morally object to, particularly one that has been historically used to entrap and persecute activists for protected political speech,” she said in a statement.

Indeed, prosecutors have utilized the grand jury as a tool to serve those in power. “In periods of great turmoil and dissent, when the exploited and oppressed vocally expressed their views, often for the first time, the grand jury, rather than protecting the rights of the dissenters, stood on the side of the rich and powerful, to protect the status quo,” civil rights attorney Michael Deutsch wrote in a law review article tracing the history of abuse by grand juries.

In the late 19th and early 20th centuries, grand juries assisted the government in quelling the militant labor movement, indicting “thousands of labor organizers, union leaders, and activists on framed-up charges, ranging from unlawful assembly to murder and bombings,” according to Deutsch.

Grand juries indicted hundreds of socialists, Wobblies and antiwar activists for espionage and sedition during World War I, Deutsch wrote. The government also used the grand jury to suppress the Black nationalist movement.

Alleged communists were investigated and indicted during the redbaiting of the Cold War period. Nixon-era grand juries targeted opponents of the Vietnam War and participants in women’s liberation and Black nationalist movements.

Former Sen. Edward M. Kennedy described the Nixon grand jury as “a new breed of political animal — the kangaroo grand jury — spawned in a dark corner of the Department of Justice, nourished by an administration bent on twisting law enforcement to serve its own political ends, a dangerous modern form of Star Chamber secret inquisition that is trampling the rights of American citizens from coast to coast.”

In 1972, the National Lawyers Guild founded the Grand Jury Project and wrote a comprehensive manual on representing witnesses before grand juries. Subpoenaed witnesses developed a coordinated strategy of “non-collaboration” where they would refuse to answer questions even after being granted immunity and facing contempt. Once a witness answers a question, he or she cannot then refuse to answer others.

People who are subpoenaed to appear before a grand jury cannot have counsel present. The prosecutor holds all the cards. Federal grand juries failed to indict in only 11 of 162,000 cases in 2010, the Bureau of Justice Statistics reported.

Manning follows in the valiant tradition of Daniel Ellsberg

In 1969, Daniel Ellsberg, who was a high-ranking Pentagon official, smuggled out of his office at the RAND Corporation and made public a 7,000-page top secret report documenting the decision-making during the Vietnam War. It was the Pentagon Papers. Ellsberg knew he would probably spend life in prison for his exposé.

The release of the Pentagon Papers led to the end of the Nixon presidency, and also the Vietnam War, in which 58,000 Americans and 3 million Vietnamese died. Ellsberg’s courageous act helped to hold accountable leaders who had begun and conducted an illegal and deadly war.

Manning follows in the valiant tradition of Ellsberg. The reports she leaked contain evidence of U.S. war crimes. One notable example is the “Collateral Murder” video, shot from inside a U.S. helicopter gunship as it fired on 12 unarmed civilians, including two Reuters journalists, who were walking down a street in Baghdad. The U.S. soldiers then killed a man who was rescuing the wounded and they injured two children in his van. An American jeep drove over a body on the ground.

The actions of the U.S. soldiers depicted in that video amount to war crimes under the Geneva Conventions and the Army Field Manual, which prohibit the targeting of civilians, preventing rescue of the injured and defacing the dead.

The “Afghan War Diary” documents, which Manning also leaked, were posted on WikiLeaks in coordination with The New York Times, the German magazine Der Spiegel and the U.K. Guardian.

“I believe that if the general public, especially the American public, had access to the information … this could spark a domestic debate on the role of the military and our foreign policy … as it related to Iraq and Afghanistan,” Manning said while pleading guilty.

It “might cause society to reevaluate the need and even desire to engage in counterterrorism and counterinsurgency operations that ignore the complex dynamics of the people living in the [a]ffected environment everyday,” she added.

Like Ellsberg’s disclosures, Manning’s revelations actually saved lives. “After WikiLeaks published [her] documentation of Iraqi torture centers established by the United States, the Iraqi government refused Obama’s request to extend immunity to U.S. soldiers who commit criminal and civil offenses there. As a result, Obama had to withdraw U.S. troops from Iraq,” I wrote in 2013.

“Manning knowingly risked her freedom then for truth-telling and actually suffered seven-and-a-half years in prison. I regard her as an American hero, and I admire her for what she is doing, risking and enduring right now,” Ellsberg said. No one understands better than he does.

Spread the love
more
This DailyClout article is the writer’s opinion.
One of our country’s most important freedoms is that of free speech.
Agree with this essay? Disagree? Join the debate by writing to DailyClout HERE.
Spread the love
more
Previous StoryBULLETIN BOARD: PHOENIX ARIZONA “BABE COUNCIL” WEEKEND PLANS
Next StoryOpinion: Mueller Didn’t Exonerate Trump of Obstruction of Justice