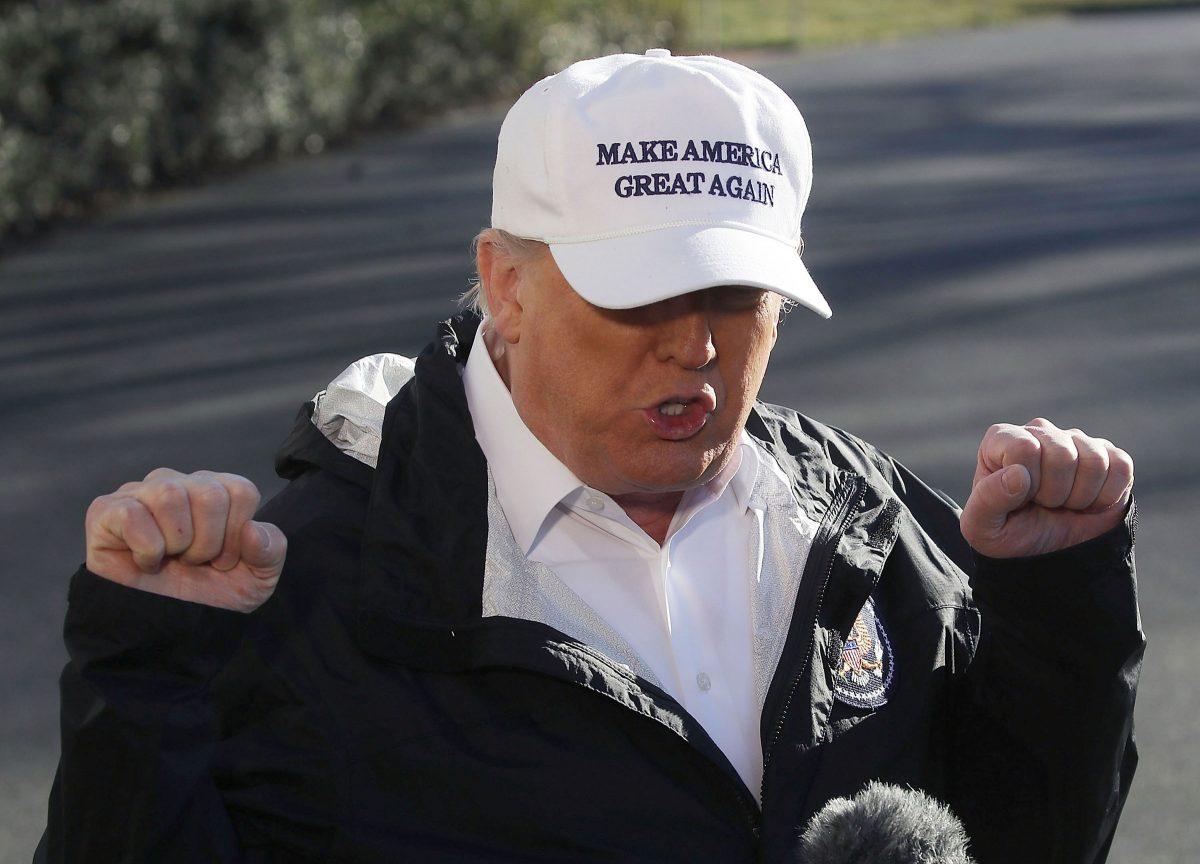 Congress refuses to enact legislation containing the nearly $6 billion that Donald Trump is demanding for an unnecessary wall on the southern US border. In response, Trump is considering whether to declare a national emergency, take money Congress has appropriated for other purposes, and divert it to build his wall. But under US law, the president cannot usurp the spending power the Constitution grants only to Congress.

Desperate to appease his right-wing base and Fox News pundits, Trump backed off his commitment to sign a bill that would have reopened the government that has been shuttered for 20 days. Although Congress unanimously supported that bill, Trump is stubbornly holding out for money to build his wall, continuing to hold the American people hostage. One quarter of the federal workforce has not been paid, airline safety is imperiled, the Food and Drug Administration is postponing food safety inspections and national parks are being desecrated while Trump plays wall politics.

The Youngstown Test for Presidential Power

Trump would be on shaky ground if he were to declare a national emergency and divert funds to build his wall. During the Korean War, President Harry Truman invoked national security to seize the steel mills in order to avoid a union strike that would have shut them down. Truman claimed authority to maintain steel production in support of the war effort. But the Supreme Court ruled that Truman had overstepped his authority. In Youngstown Sheet & Tube Co. v. Sawyer, the high court held that the seizure was not supported by the Constitution or any US law.

Justice William O. Douglas wrote in his concurring opinion that the president cannot usurp Congress’s spending power to approve money to pay for the taking of the steel mill’s private property.

The three-pronged test set forth in Justice Robert Jackson’s concurring opinion (paraphrased in italics below with quotes from Jackson) is the premier framework for analyzing the limits of presidential power:

First, when the president acts with express or implied authority of Congress, his power is at its greatest.

Congress has not appropriated $5.7 billion to build Trump’s wall. If he were to declare a national emergency to fund the wall, Trump would not be acting with the authority of Congress.

Second, in the absence of a grant or prohibition by Congress, the president can rely only on his own powers. He acts in a “zone of twilight” where he and Congress may have concurrent authority or their distribution of power remains uncertain. “In this area, any actual test of power is likely to depend on the imperatives of events and contemporary imponderables rather than on abstract theories of law.”

Trump cannot lawfully invoke the National Emergencies Act of 1976. In the event of a national emergency, that act allows the executive branch to divert funds that have not been “obligated” and use them for construction projects that are “necessary to support” the military.

Although Trump has sent thousands of troops to the southern border, ostensibly to help Customs and Border Protection deal with asylum applicants, the use of the military to enforce domestic law is prohibited by the Posse Comitatus Act. Any attempt by Trump to declare an emergency in order to justify diverting funds for his wall to help the military enforce immigration law would violate the Posse Comitatus Act.

In the Appropriations Clause, the Constitution gives Congress, not the president, the power to authorize expenditures of federal funds. Congress has specifically considered and refused to appropriate the $5.7 billion Trump is demanding for his border wall.

Congress will not appropriate money for the wall, so Trump would be circumventing the will of Congress were he to declare a national emergency to fund it. Trump would be invoking a crisis of his own making to justify the declaration of an emergency. Under US law, Trump cannot successfully declare a national emergency to evade the Constitution’s separation of powers mandate. The founders put three separate co-equal branches of government into the Constitution to check and balance each other.

Trump’s policies of separating families and caging children, and attempts to limit the right of refugees to apply for asylum have created a humanitarian crisis.

Yet, in his nine-minute Oval Office speech Trump tried to stoke fear by painting a picture of murderous, drug-running, “illegal” hordes to justify his wall, invoking “a crisis of the heart, and a crisis of the soul.”

But, as Peter Baker wrote in The New York Times,

At least two migrant children, 8-year-old Felipe Gómez Alonzo and 7-year-old Jakelin Amei Rosmery Caal Maquin, have died in the custody of Customs and Border Protection since Trump began his war on refugees.

“There is no national security crisis — thousands of would-be immigrants seeking asylum do not constitute an invading army,” wrote the editorial board of the Los Angeles Times. “And while there is a humanitarian crisis, it’s one Trump could solve himself by expanding the nation’s capacity to handle asylum requests rather than forcing migrants to spend weeks in squalid camps near ports of entry.”

If Trump tries to declare a national emergency to build a wall with billions of dollars Congress has refused to appropriate, the courts should put an immediate halt to his illegal and cynical political stunt.

Marjorie Cohn is professor emerita at Thomas Jefferson School of Law, former president of the National Lawyers Guild, deputy secretary general of the International Association of Democratic Lawyers and an advisory board member of Veterans for Peace. Her latest book, Drones and Targeted Killing: Legal, Moral, and Geopolitical Issues, was recently published in an updated second edition.

Spread the love
This DailyClout article is the writer’s opinion.
One of our country’s most important freedoms is that of free speech.
Agree with this essay? Disagree? Join the debate by writing to DailyClout HERE.
Spread the love
Previous StoryThe Green New Deal ASTONISHES – Vast $$ for VCs, “New Banks”, Fed Reserve, Nat’l “Smart Grid”, No Oversight
Next StoryThe Anti-BDS Bill—S1: States Urged to Report BDS Support to AG!