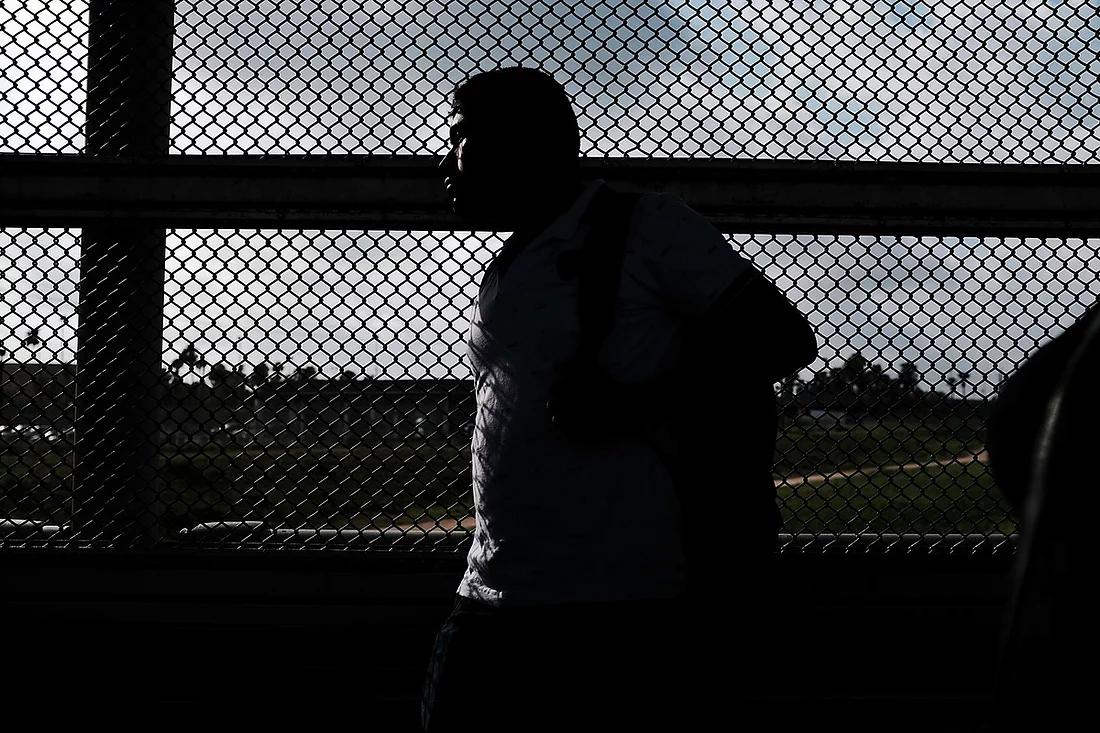 This article originally appeared in Truthout and has been reprinted with permission.

Pursuant to its “zero-tolerance” policy, the Trump administration separated some 2,300 migrant children from their parents at the US-Mexico border since May 5, 2018. Widespread international condemnation ensued. On June 26, a federal judge in San Diego orderedthe government to reunite the families and established a timetable for reunification.

On June 29, the Department of Justice filed a notice of compliance with the court order, but indicated its intention to indefinitely detain families together. Indefinite detention violates international law.

“The Government will not separate families but detain families together during the pendency of immigration proceedings when they are apprehended at or between ports of entry,” the Justice Department wrote in its notice of compliance.

That would amount to indefinite detention as immigration cases can last for months or even years.

Meanwhile, on July 2, a federal judge in Washington ordered the government to give asylum applicants a meaningful opportunity to be released. More than 1,000 applicants have been incarcerated for months or years with no resolution of their cases.

Indefinite detention violates the International Covenant on Civil and Political Rights, the Refugee Convention and the Convention on the Rights of the Child.

A Violation of the Covenant on Civil and Political Rights

The United States has ratified the International Covenant on Civil and Political Rights, making its provisions part of US law under the Supremacy Clause of the Constitution, which says treaties “shall be the supreme law of the land.”

The UN Human Rights Committee is the expert body that monitors compliance with the covenant.* The committee has stated that detentions are arbitrary if they do not accord with due process and are manifestly disproportional, unjust or unpredictable.

Indeed, according to the UN Working Group on Arbitrary Detentions, under the covenant, “‘arbitrariness’ is not to be equated with ‘against the law’, but must be interpreted more broadly to include elements of inappropriateness, injustice, lack of predictability and due process of law.”

Keeping families locked up for months with no good reason is unjust and inappropriate. It denies them due process and a timely resolution of their legal claims. And their time of release is unpredictable.

Moreover, the Human Rights Committee has said that even if detention is initially legal, it could become “arbitrary” if unduly prolonged or not subject to periodic review.

People deprived of their liberty are entitled to a speedy trial. When they are arbitrarily detained, they have the right to compensation under the covenant.

The covenant’s provisions are not limited to citizens, but apply in cases of immigration control as well. Parties to the covenant may refuse to comply with them only “in time of public emergency which threatens the life of the nation.”

Alfred de Zayas, UN independent expert on the promotion of a democratic and equitable international order, and former secretary of the Human Rights Committee, wrote in 2016 that, “Neither the war on terror nor restrictive immigration policies justify indefinite detention.”

Experts report that prolonged indefinite detention can cause anxiety, depression and suicidal thoughts.

Even brief detentions can result in permanent physical and mental harm to children. The American Academy of Pediatrics wrote a 2015 letter to the Secretary of Homeland Security, which stated, “The act of detention or incarceration itself is associated with poorer health outcomes, higher rates of psychological distress, and suicidality, making the situation for already vulnerable women and children even worse.”

Documents obtained by the ACLU reveal that children in the custody of Customs and Border Protection between 2009 and 2014 suffered horrific brutality and physical, sexual and verbal abuse.

A Violation of the Refugee Convention

The United States is also a party to the 1951 Convention on the Status of Refugees, which prohibits parties from imposing penalties on refugees for illegal entry or presence. The refugees must either: (1) come from a place where their life or freedom was threatened; or (2) enter or be present without authorization. They are required to present themselves without delay to the authorities and show good cause for their unauthorized entry or presence.

Indefinite detention constitutes a penalty prohibited by the Refugee Convention.

After an initial period of detention, the Refugee Convention allows countries to impose restrictions on movement if they are “necessary” for national security or in special circumstances, such as a mass arrival of refugees.

Neither of those two conditions was present before Trump ordered indefinite detention of families.

Contrary to Trump’s nativist claims, immigrants are actually less likely to commit crimes than US citizens. And a Customs and Border Protection report concluded that rates of illegal entry at the UN border in 2017 were “at the lowest level … on record.”

A Violation of the Convention on the Rights of the Child

The UN Convention on the Rights of the Child states, “No child shall be deprived of his or her liberty unlawfully or arbitrarily. The arrest, detention or imprisonment of a child shall be in conformity with the law and shall be used only as a measure of last resort and for the shortest appropriate period of time.”

Although the United States has not ratified the Convention on the Rights of the Child, the US has signed it. A signatory to a treaty cannot take action inconsistent with the object and purpose of the treaty.

As it formulates plans to indefinitely detain migrant families, the Pentagon is constructing temporary housing for them at two Texas military bases — Fort Bliss in El Paso and Goodfellow Air Force Base near San Angelo.

A US Navy internal document says the Navy is planning to build tent cities to house migrants, including two camps in California slated to house up to 47,000 people each. They will be called “austere” tent cities.

Since 1983, one of the sites, the former Concord Naval Weapons Station in California, has been undergoing “clean-up of Navy contamination and is not suitable for transfer nor human occupation,” according to Concord Mayor Edi Birsan.

“The idea that you put almost 50,000 people in a tent city facility in the middle of the Bay Area, an urban area, is absurd,” California Rep. Mark DeSaulnier wrote in a letter to the secretary of the Navy. “This does remind me of World II and Japanese internment. We don’t want to be a party to that.”

In the meantime, local officials across the United States are resisting Trump’s inhumane policies. Officials in Texas near Austin, California’s Sacramento County, Springfield County in Western Oregon, and Alexandria, Virginia, have cancelled deals with Immigration and Customs Enforcement to detain migrants.

*This is a different body than the UN Human Rights Council, from which the United States recently withdrew.

Spread the love
This DailyClout article is the writer’s opinion.
One of our country’s most important freedoms is that of free speech.
Agree with this essay? Disagree? Join the debate by writing to DailyClout HERE.
Spread the love
Previous StoryWORRIED ABOUT THE ROLLOUT OF 5G? NATIONAL LEAGUE OF CITIES URGES LOCAL LEADERS TO OPPOSE FEDERAL “SMALL CELL DEPLOYMENT ACT”
Next StoryWhat’s Really in That Budget Bill? Huge Surprises! Student Loans Costlier, $7.1 TRILLION for Arms