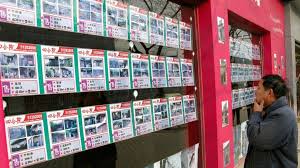 Reinforcing the belief that China has no religion as a state, and atheism is the way forward, Jinping’s government has strongly objected to party officials found practicing ‘feng shui’, a traditional practice that finds its origin from ancient China, that harnesses energy to synchronize believers with their surrounding environment.

Supremacy of socialist thought in China has taken a dangerous turn for those seeking to peacefully practice their religion within the country borders. Xi Jinping’s administration has waged a severe crackdown on CCP party members who are found professing feng shui or anything in connection to religion and spirituality.

China interestingly connotates all such ‘”superstitious” activities to be “corruption”. Accusing such delinquent CCP members of ‘corruption’, the CCDI (Central Commission for Discipline Inspection) denounces such members and eventually expels them. For the party, anything that endangers the party speak Marxist thought is sacrilege and instant grounds of expulsion. Such “corruption” expands to expressing not just religious thought, but dissenting opinions against the party as well.

One such former member of the CCP was expelled solely on grounds of using feng shui to rearrange his ancestral grave, office and residence, along with participating in feng shui classes. The CCDI has stepped up efforts towards catching CCP members seeking advice from feng shui masters to solve a range of personal problems such as issues at workplace, health issues, etc. The CCDI strongly advocates that party members restrict themselves to the teachings of Marxism-Leninism, and not seek counsel by means of “superstitious” beliefs.

Although China officially guarantees the freedom to profess major religions such as Christianity, Buddhism and Islam, CCP members are held to a higher standard of restricting themselves to atheism only. They are banned from participating alleged “superstitious activities”.

In the past few years, officials have been increasingly taken down for professing in what China calls “feudalistic superstitious activities”. Any practice that poses a threat from adherence to socialist thought and by extension the big brother, is a sure ground for admonition from the party. Mao Zedong’s style of crackdown on practices of fortune telling and superstition has made a comeback in Jinping’s China since he assumed power in 2012.

To arrest any threat to the party’s ideology, in 2015 the party introduced a term “sinicization” into the official glossary of the government, that calls upon religious leaders of various faith to merge their religions with Chinese socialist thought. For the CCP, any mention of the word religion is taboo and the CCDI prioritizes on cracking down on such organizations that further spread religious beliefs influencing party members.

However the crackdown has not been restricted to just party members. China has increased persecution of Uighur Muslims, and has been targeting Tibetan Buddhists, Jews, Christians and all those who follow local folk religions of China.

Religious thought and practice directly threatens the communist hegemony in China. Despite severe crackdowns, religiosity is rising in China. As per studies, more than 50% of Chinese nationals are affiliated to some religion. Portions of this religious explosion has seemingly seeped into party quarters, and CCDI is losing patience. And unfortunately in China whenever an activity is characterized as “feudal superstition”, the crackdown extends beyond CCP party members.