Opinion: “The Lasting Trauma of School Closures on a Generation of Children” 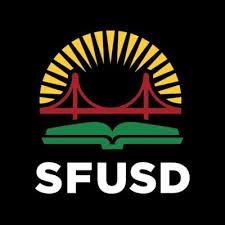 I find myself stunned and enraged every day since March 13 that my kids, San Francisco public school students, and approximately 50% of students across the country have no in person instruction at all for what amounts to almost a full year. They are going without classroom education, socialization, and, for kids with few resources, necessary social services.  Denying kids educational opportunity amounts to denying them a future and it is nothing short of child abuse.

It should come as no surprise to me that we don’t care all that much about young people in this country. I spent my childhood training in a gymnastics coaching culture of intense physical and emotional cruelty. This culture was not monitored or disparaged for harming children rather it was celebrated as necessary to nobly produce champions.

I am not going to debate the safety and necessity of schools re-opening. It has been well documented by those far smarter and more knowledgeable than me: here by UCSF healthcare professionals, and here by Dr. Vinay Prasad from UCSF, and here by Unicef. And here by 175 pediatric disease specialists.

I want to discuss the lasting effects of trauma on a generation of children.

I was a 7 time National Gymnastics Team member and the 1986 National Champion. I have documented the abuses in the Olympic movement and the world of gymnastics in my book, Chalked Up (2008) and in the film Athlete A (2020). I exited the sport at the age of 19 with a severe eating disorder and self-harming behaviors, depression, thoughts of suicide, battered self-esteem and a shattered left ankle.

In the world of elite gymnastics children are utterly disregarded, treated as disposable in a quest towards Olympic medals; their lasting trauma is dismissed as ‘collateral damage’ or worse yet, completely imagined. The lasting impacts of this are grave. I’ve been recovering for nearly 40 years.

PTSD symptoms include nightmares, unwanted memories of trauma, anxiety and a depressed mood. I had all of these for decades after I left the sport. I often awoke in the middle of the night, in a cold sweat, panicked and heart racing. I was terrified years after the fact of a weigh-in, my weight to be announced on the gym’s loud-speaker; I was demoralized in my dream, as I was told I should lose weight “by any means necessary” after being called a “fat pig” and that if I couldn’t lose the weight, I wasn’t worth the chalk dust coating my bloody hands. I dreamt of being forced to train limping and in agony. These dreams were simply reflections of my reality for most of my teen years.

We accept broadly that micro aggressions can have a lasting and traumatic effect. Why don’t we accept that what we are doing now – which can only be classified as a massive macro aggression on a national scale – won’t? Why do adults argue that our broad scale dismissal of kids’ needs, of telling them their lived experience does not matter, won’t have a severely harmful impact? Why do we persistently indicate, after denying them a constitutional right to a free and equal education, that if only their parents were more positive and attentive they’d be fine?

As we are nearing the one-year anniversary of schools being closed in many districts, we persist in telling kids their lives don’t matter. We send a consistent and very strong signal that they don’t even rank amongst adult priorities. Their hopes, their future prospects, are insignificant. Worse yet, not only are we indicating to them they don’t matter, but we are also telling them that if they dare express their suffering, they are selfish. Contemptible. If they yearn for school, friends, activities, guidance from a trusted adult, hope, they are putting their petty needs above the lives of their elders.

The lack of effort to open schools by leaders, with few notable exceptions – Governor Ron DeSantis, Governor Gina Raimondo – is a tacit endorsement that closed schools are not only acceptable but preferred, despite the fact that study after study proves that schools can be safe. The spread of Covid-19 in schools is consistently lower than in the community. For instance, in Central Falls, a hard-hit Rhode Island district, positivity rates in schools came back at 1% in the Fall, when community positivity was at 23%. You don’t have to be a math whiz to note that this widely documented phenomenon means that schools in fact slow community spread. Governor Raimondo put kids first when she said to superintendents keeping schools closed: “I want you to look yourself in the mirror and try a little harder because I think the kids deserve better.”

The ongoing refusal of major cities in America to open schools is not only not backed by science but is nothing short of child abuse. And the CDC’s recent guidance around opening schools is really more of a school closure plan than an opening plan. If followed, the guidance would result in nearly 90% of the students who have been in school since September being sent back to virtual learning. Back to not learning and suffering in isolation.

When we insist that schools remain closed, even though kids are at statistically zero risk of becoming ill from Covid-19 and are also far less likely to spread it to adults, we can’t defend this approach as “for their own good”. Rather it is for our own good. We are asking them to carry an undue burden to make US feel safe, the adults entrusted to protect them. If we insist on zero risk before kids can return to school, we will live in a world with an entirely uneducated populace.

This generation of kids will enter the work force un- or under-educated. They will enter the world having been told they aren’t worthy of consideration, that they are nothing more than toxic disease spreaders and selfish jerks for wanting a future for themselves. How can this not translate into utter self-loathing? Including and beyond the educational deficiencies, how can they not be unmoored and unable to trust their own perception of the world? They think they are suffering now but they are told they are selfish. They think they are lonely and isolated and hopeless and they are told they are misguided because it’s a pandemic and they should put their own petty needs aside and just buck up. This is gaslighting of the highest order. They will suffer for their entire lives.

When I left gymnastics at 19, I felt I deserved the treatment I had received. I was bullied, told I was a disgusting pig, called lazy and worthless, forced to train on broken bones, told my physical pain was irrelevant in the broader scheme of things – that broader scheme being adults’ desires for medals and Olympic worthy reputations. My view of the world, which should have included me in it doing worthwhile things, was that the world didn’t need me because I was useless. The shame of that, and the further shame of not being tough enough to be unaffected by this treatment, was further proof of my unworthiness.

The kids of this generation being denied an education and the chance for opportunity will be handicapped by a gaping and incomplete education, crippled by a distorted worthless view of self or blinded by rage at the adults who denied them opportunity. Possibly all of the above.

We teach our kids to ask for help when they need it. And now they are begging, pleading silently through disengagement, failing grades, suicidal ideation, record setting mental health emergencies. And it is falling on deaf ears. Schools are still closed here in San Francisco where I live and in many districts across the country. With no clear plan for opening.

When our kids are screaming for help and we continue to tell them they are resilient and continue to keep their schools closed, we aren’t listening and we are endorsing closed schools as a required sacrifice.

Governor Raimondo is right. Our kids need us to try harder, to put them first. They deserve everything we have. They deserve that we sacrifice for them.

We need to look ourselves in the mirror and try a whole lot harder. 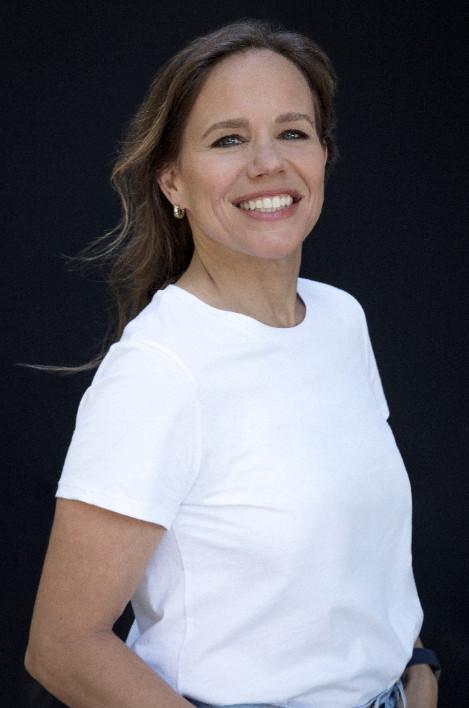 Jennifer Sey was the U.S. National Gymnastics Champion in 1986 and a 7 time National Team Member. In 2008, she released a memoir, “Chalked Up,” a New York Times E-Book Best Seller detailing her triumphs and struggles within the world of competitive gymnastics. In 2020, with the release of “Athlete A”, an award-winning documentary on Netflix detailing the abusive culture of cruelty in the sport of gymnastics, Sey added Producer to her list of credits. Jen lives in San Francisco, California with her husband, Daniel, and her four children, Virgil, Wyatt, Oscar and Ruth.