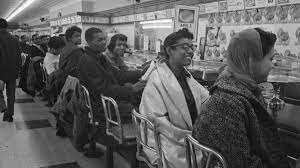 Six men at a Cheesecake Factory and four people at an Applebee’s in a mall in Queens were arrested Tuesday evening during a “sit-in” to protest against indoor dining coronavirus vaccine mandates in New York City, according to multiple reports.

A group of protesters entered the Cheesecake Factory and refused to show proof of vaccination when a restaurant employee asked them to do so, as mandated by the city, reported the local outlet The Queen’s Eagle.

The men breezed past the host stand and seated themselves in violation of the mandate. They were asked to leave, and when they refused, the restaurant called the police.

READ– the full article from The Hill