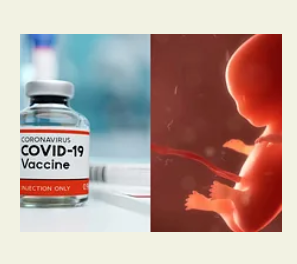 A new study from Turkey was recently posted on the PubMed preprint server, “Determining the Health Problems Experienced by Young Adults in Turkey, Who Received the COVID-19 Vaccine”.

This study contained findings that, as far as I’m aware, are a first-of-their-kind. This study also is a good illustration of how a study can be easily misread or misunderstood.

Aim: The aim of this study was to determine the health problems experienced by young adults after the COVID-19 vaccine.

Method: This study is a quantitative and descriptive study and was completed with 590 undergraduate students studying at a state university in Central Anatolia in the spring semester of the 2021-2022 academic year. The data were collected by the researcher through a one-to-one interview with the students and a questionnaire prepared in line with the literature. Number, percentage and chi-square tests were used in the analysis of the data.

Results: A total of 81.4% of the students participating in the study had the BioNTech-Pfizer vaccine. A total of 67.3% of them had two doses of COVID-19 vaccine, 35.9% of the vaccinated students experienced some health problems in the days following the vaccination, and the most common health problems were fatigue, a cough, sleep disturbance, psychological discomfort, a heart ache feeling and sweating. Most of the post-vaccine health problems lasted for 2 days, 3.7% of the participants were diagnosed with hypertension, 2.7% were diagnosed with diabetes mellitus and 10.52% of the female participants went to the doctor due to menstrual irregularity and received treatment. It was determined that 12.2% of the vaccinated students gained weight after vaccination and 63.89% of those who gained weight attributed this to increased appetite, 9.2% continued to have a cough and 9.2% used herbal products.

Conclusion: It was determined that one out of every three young adults experienced a health problem after the COVID-19 vaccine. It is recommended that studies be conducted in different sample groups.

Below is part of Table 2 from the study:

The first red and green boxes are the total number of MI’s that occurred in the study participants & the % of participants who had MI – the % is basically the same before & after (21.8% before vaccination, 20.3% after).

The second red & green boxes show the number & % of MI’s for which the participants went to a doctor and got treatment for. This is where the vaccine “shines” through: Whereas before vaccination, only 6.01% of the study participants sought medical treatment for a MI, after vaccination that number almost doubled to 10.52%. This means that before vaccination, 28.6% of the women who experienced at least one instance of MI overall, experienced at least one MI that was severe (or bizarre) enough that the woman went to the doctor and got treatment; compared to after vaccination, where 51.9% of the MI’s were concerning enough that medical treatment was sought and obtained. If these numbers are accurate, that’s a big deal.

As far as I’m aware, this is the first study with a defined population that has a before/after comparison showing an increase in MI’s requiring medical treatment (or MI’s at all). This is important, because the current narrative of the establishment regarding the effects of the vaccines on menstruation is that it’s a minor and transient side effect, and delayed menstruation was only for a grand total of approximately *one* day. A one day delay is not something that would send a woman scurrying to her gynecologist (and can also be ruled out from the remainder of the MI’s for which treatment was not sought – meaning that these were almost definitely unusual and noticeably worse or more concerning).

What about General Incidence of MI?

Although the topline number of overall incidence of MI is essentially the same both pre & post vaccination, there is likely more to the picture.

To illustrate with made-up numbers: Suppose that a 21yo woman who reached the necessary physical maturation at age 15 had a MI twice in the 6 years before vaccination, and then had one MI in the 60 days after vaccination, let’s say on day 15. That would work out to a rate of MI of [very] roughly 1/1,000 days pre-vaccination, but a rate of 1/60 days for the period of 60 days post-vaccination.

So it stands to reason that the rate of MI’s is probably far larger post-vaccine than pre-vaccine once you account for how often a MI occurred. But since there are a host of other factors that you would have to account for as well to calculate the true rates of MI’s, and unfortunately the study doesn’t provide the necessary data to adjudicate this, the topline number provided for the overall incidence rate of MI cannot be extrapolated or considered representative of the vaccine’s impact on MI’s.

“2.7% were diagnosed with diabetes mellitus after vaccination”

To be clear, this number does not account for the background rate of new diabetes diagnoses in the demographic of the study’s participants. The “expected” background rates of something can often be a confusing thing to calculate; and for diabetes is higher than one might expect (at least someone like me).

However, there is now way that 2.7% of people 18-25yo become sick enough to (1) go to a doctor, (2) get tested, and (3) be positive for diabetes, (4) in the span of a few months, (5) in a country with a 2nd or 3rd world health care system that can’t test for diabetes in young people who are not expected to develop diabetes (yet) with the same frequency and reliability of first-world healthcare. If we would extrapolate this sort of incidence rate outwards, pretty much everyone in Turkey over 40 would have diagnostically confirmed diabetes, which is most assuredly not the case.

This study is the latest in a crescendoing cavalcade of evidence pointing to diabetes as a complication of the covid vaccines, on the heels of Moderna’s quiet admission of a case of diabetes in their kiddie trial; and the accumulating VAERS reports of sudden onset diabetes shortly after vaccination.

This study also offers an insightful lesson into how a study can be very easily misread or misinterpreted. We’ll go through a few of the more seductive pitfalls to show exactly how this happens.

“10.52% of the female participants went to the doctor due to menstrual irregularity and received treatment”

Flashy: At first glance, this sounds like ‘more than 10% of women who got a covid vaccine had an MI caused by the vaccine that was so severe it required medical treatment!!’

But False: The study showed that pre-vaccine, 6.01% of the same participants suffered a MI that they went to the doctor about & got treatment for. So the vaccine can only be attributed the difference – a 4.51% incidence rate of MI requiring medical treatment, which is a bit less than half of the MI’s that required medical treatment.

Flashy: 1/5 women who got vaccinated suffered an MI on account of the vaccine!!

But False: Even more women – 21.8% – suffered a prior MI before taking the vaccine. The study does not provide sufficient data to calculate the true rates of MI before/after vaccination.

Flashy: This study is “definitive proof” that the substance of the claims in the study are factually accurate, or applicable to the general human population.

But False: There are numerous limitations and potential deficiencies in the methodology of this study. Studies are not of uniform quality, even studies on “our side”, which is important to recognize. (For example, if you read through this study in full, there is at least one instance where they have two contradictory numbers for one of their major datapoints.)

Remarkably, the authors proffer a surprisingly blunt assessment in their conclusion, that somehow evaded the eyes of the censors:

“The true long-term health problems related to vaccines will only be fully determined years after the date of administration. […] Studies with more participants will also help to determine if there are different health problems not mentioned in this study.”

Perhaps like the Eye of Sauron, they can only focus on one area at a time…..

Aaron Hertzberg is a writer on all aspects of the pandemic response. His Substack is called Resisting the Intellectual Illiteratti.

Spread the love
This DailyClout article is the writer’s opinion.
One of our country’s most important freedoms is that of free speech.
Agree with this essay? Disagree? Join the debate by writing to DailyClout HERE.
Spread the love
Previous StorySecret Meetings at the WHO, with James Roguski
Next StoryEarthquake in The Metaverse