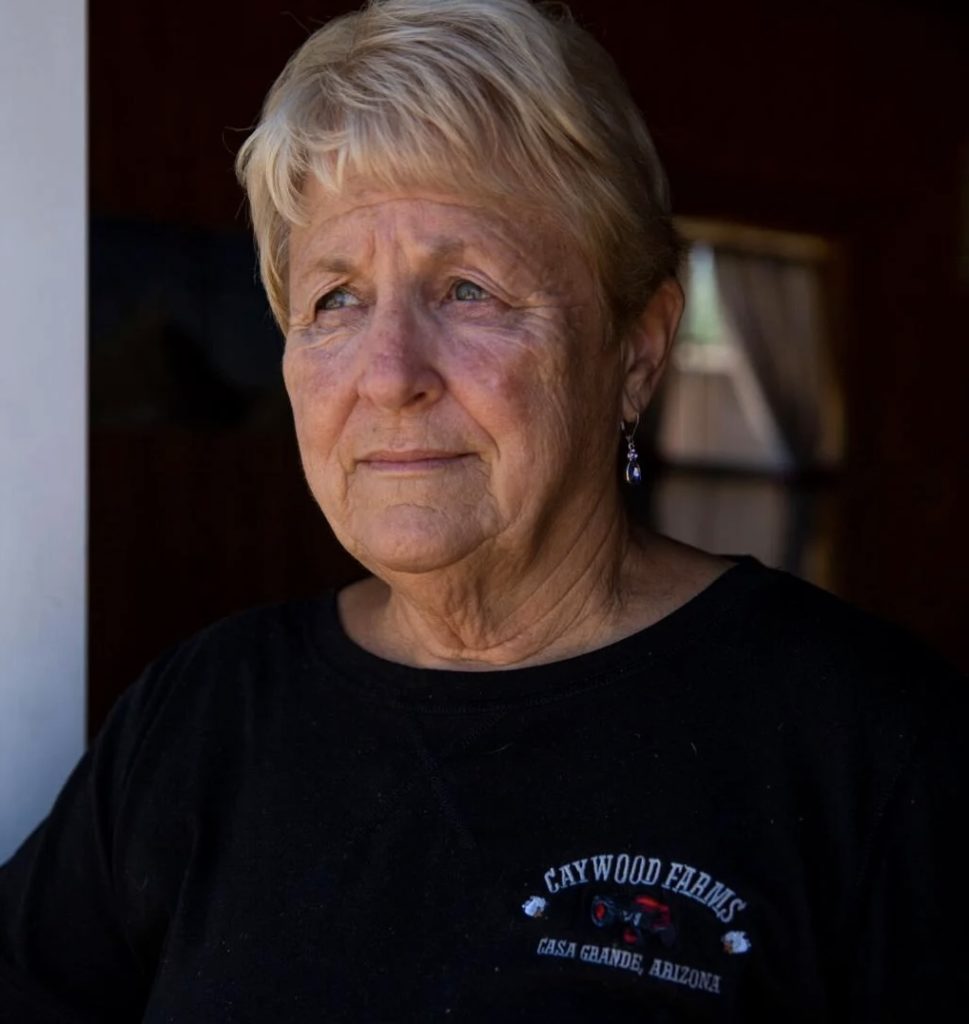 From The Gazette, Colorado Springs – PINAL COUNTY, ARIZ. • Colorado River basin water has transformed Nancy Caywood’s fields in the desert southwest of Phoenix into carpets of green cotton and alfalfa for generations. But this Summer the alfalfa was expected to dry up, and a vast majority of the cotton wasn’t even planted.

The irrigation canal that serves her property was recently shut down amid a 22-year megadrought that has hurt growers across the seven states that comprise the basin. Nancy Caywood (above) at her farm outside Phoenix. Photo by Skylar Ballard, The Gazette.

And after western US states failed to reach agreements to reduce water use from the beleaguered Colorado River, the federal government stepped in on Tuesday, issuing cuts that will affect two states and Mexico, reports The Guardian.

Officials with the Bureau of Reclamation declared a “tier 2” shortage in the river basin as the drought continues to pummel the west.

“The system is approaching a tipping point,” the Bureau of Reclamation commissioner, M Camille Calimlim Touton, said during a news conference on Tuesday, adding that urgent action was required.

The new cuts will reduce Arizona’s water share by 21%, Nevada’s by 8% and Mexico’s by 7%, but officials are concerned more reductions will be needed. The cuts will place officials in those states under extraordinary pressure.

Meanwhile Lake Mead in Nevada, is at dangerously low levels of water. This shocking picture shows dead and desiccated fish arranged by a visitor to the Lake Mead National Recreation Area sticking out of cracked mud near Boulder City, Nev. The area, once under the waters of Lake Mead, dried up as water levels dropped. (AP Photo/John Locher)

Are you affected by the water shortage?  Tell us how in the Comments below.