How Governor Hochul is Taking Away New Yorker’s Constitutional Rights 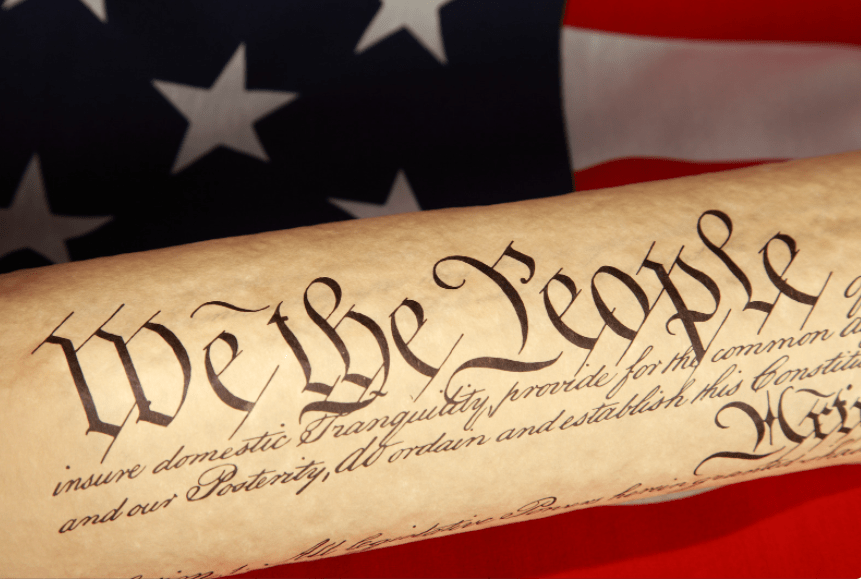 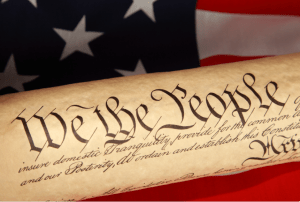 While the media debate whether Will Smith is entitled to keep his Oscar after assaulting Chris Rock at the Academy Award Ceremonies this past week,

Governor Hochul is quietly appealing a largely ignored yet landmark Court case that threatens to transform our Republic for decades to come.

Founding Father, James Madison, wrote in No.51 of the Federalist Papers “The accumulation of all powers, legislative, executive, and judicial in the same hands, whether of one, a few, or many, and whether hereditary, self-appointed, or elective, may justly be pronounced the very definition of tyranny.” In both theory and practice, the power of each branch of the American government is held in check by the  powers of the other two branches. Regrettably, in my beloved home state of New York, this balance of  power is in peril. Apparently, Governor Hochul has no appetite for the rigorous demands of governing  within the confines of the Constitution and prefers to make up and set the rules all by herself. Due to a  complicit media and activist Judges, she may just get away with it. New Yorkers have been lulled into  believing the mask mandates have ended and our God given freedoms have been reinstated while Governor Hochul is actually about to cross the dictatorial Rubicon and give herself unprecedented powers of a full-fledged Tyrant.

While the media pontificates the fate of a tainted gold statue, most New  Yorkers remain in the dark regarding Demetriou v New York State Dept. of Health and its potential impact on their constitutional freedoms.

If you live in New York State and have not heard the name Chad LaVeglia, it’s high time you did! Chad  was one of the few fathers ,among the scores of outraged Mama Bears ,consistently showing up to  contentious school board meetings in his hometown on Long Island, New York. As distraught parents pleaded with apathetic school boards to make masks optional, Chad focused less on the What that this  Governor was mandating and more on the How she was able to do it. In addition to being a concerned  father, Chad happens to be an attorney with deep respect for the Constitution and the rule of law. It  became clear that Governor Hochul was holding our state hostage by circumventing our New York State  Legislature, aka our elected officials, grabbing unbridled and indefinite power through regulations. This transformational Tyrant unlawfully granted herself the power to mask the citizens of New York as well as quarantine them outside their homes for extended periods, force vaccines and or medications, based on broad definitions of “Public health” emergencies as determined by the Governor or the unelected,  incompetent, Commissioner of health.

Governor Hochul is using the State Administrative Procedures Act (SAPA) process to dictate our lives through regulation as opposed to through legislation.

Chad believed the Governor was acting unconstitutionally. He courageously, without the power of a big New York Law firm behind him, filed a lawsuit against the Governor and the Department of Health. On  January 24, 2022, this mild mannered, solo Long Island defense attorney, won a landmark case against the full power and weight of the Government! In his decision, the Hon. Thomas Rademaker, wrote that,

“10NYCRR 2.60 Are violative of the New York State Constitution as promulgated and enacted and  therefor null. Void and unenforceable as a matter of law.”

The Governor did not take kindly to being told she unlawfully imposed mask mandates and immediately filed for and was granted a stay. On March 2,  2022, Governor Hochul ended the state mask mandates but she did not drop the appeal to the lawsuit.  She will not easily let go of the power that she unlawfully usurped.

The masks may be gone, for now, but the fight is far from over.

The lack of any news coverage regarding this case is appalling and serves to keep the public at bay! But the Mama Bears will not be discouraged.

In February, Chad joined forces with Locust Valley School board member, Margaret Marchand, and  formed an Alliance called The Children’s Liberty League, whose mission includes educating all of New  York about the egregious acts being perpetrated by Governor Hochul and enlist help to stop her!

During the early weeks of the Pandemic, Margaret Marchand went from being a well-respected school  board member and mother active in her community, to an indispensable advocate and recognized  leader in the fight against unlawful mandates that continue to threaten the wellbeing of our children.  She has given speeches all over the State, educated School boards on SAPA, met with Politicians, lobbied Albany and continues to work tirelessly in the fight against tyranny for all New Yorkers. She has asked several other, mostly Mama Bears ( and Chad), to help build The Children’s Liberty League into a force  large enough to take on the insurmountable injustices being thrust upon the people, especially the  children, of New York. These women did not know each other before the Pandemic hit. They live in different towns and come from different backgrounds. They met during the pandemic because they each, at great risk to themselves, stood up for their freedoms and against the perverse actions of various  government officials and agencies.

While so many were obedient and silent, praying for the mandates to end, these unsung warriors stood up to the tyrant, refused to line up for experimental medications,  fought against masking and refused to back down.

There is not a wilting flower among them as they continue to support Chad LaVeglia, a true hero, in his appeal and travel across New York to educate the  public on what the Governor is doing. In a valiant effort to remain living free in the state that we love and wish to raise our children, we are asking for all Freedom loving New Yorkers to join our fight. Please go to Childrenslibertyleague.org and become a member for just $35. Learn more about Chad LaVeglia’s  David and Goliath Case against the Governor of New York and help us spread this message!

Sarah Adams is a retired Critical care Nurse and mother of 4 teenagers. She is Co-founder of Nassau Stands Up.