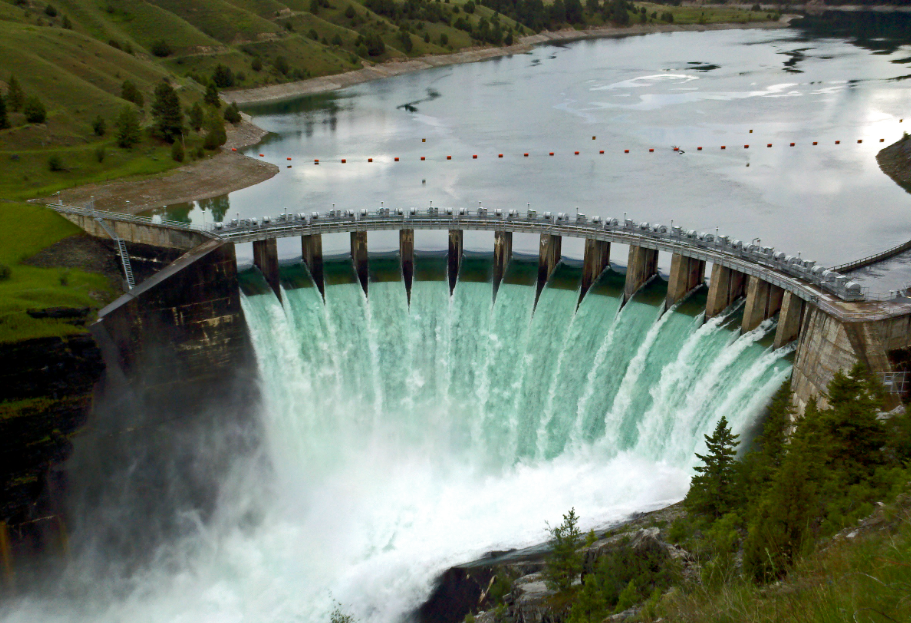 The 2020’s have been a whirlwind of chaos which includes political realignments and a complete overhaul of the manner in which media is produced and consumed. People responded to the chaos in different ways, and none of us have remained unchanged.

When I started out on this wild journey in the 2020s of learning and discovering, as well as connecting with quality people, I was naive. I thought that as soon as people learned what I was learning about the COVID vaccine, it would surely be pulled off the market.

I was saved from the mRNA vaccine high-pressure propaganda campaign by a friend who gave my family and me COVID-19 two years ago, Chanuka, 2020. As that time was on the cusp of the vaccine rollout in Israel, where I live, I wasn’t even eligible to receive it when it became available to my age group. Even had it been available, I was already skeptical. I was already a few months into a growing distrust of the government-imposed COVID regulations. Israel has suffered a year of severe lockdowns that devastated this beloved country of mine.

Governments all over the globe instituted idiotic, nonsensical Covid rules, some of which remain in place today.

When I walked through the empty streets of Tel Aviv and Jerusalem throughout the year 2020, shops were closed everywhere. This filled me with rage and sadness I’d never experienced before.

How dare our government representatives force families with many small children, with no garden of their own to remain locked in small apartments denying them even the basic pleasure of playing in a nearby park? How dare they deny basic services to families who have children with special needs, thus plunging many of them into Hell with no reprieve?

How dare they force us, like monkeys in a cage, to go outside and count 500 meters (~1600 ft) from our front door, because, at times, that was as far as we in Israel were allowed to go.

How did they dare to force my teenage kids to abandon all of the things that made up their lives- sports, extracurriculars, trips, youth groups, summer camp – and then tell them and their friends that they can’t even gather in one space? During some of the lockdowns, everybody had a 1 km (~1/2 mile) radius from their homes in which they were permitted to walk, so instead of safely gathering to talk and laugh in one of the parents’ homes or gardens, they were forced to find a public spot they could all reach within the 1 km radius and hang out on the streets like bums. Masked.

What the schools did to the children could be a 10-page rant in itself, but suffice it to say that I refused to subject my kids to forced masking, “learning capsules”, repeated mandatory quarantine due to COVID exposure, and zoom classes.

Of course, the children experienced off-the-chart levels of stress that went along with all of that.

The Massive Propaganda Assault of 2021

That was all before the vaccine. Along with the rollout of the vaccine, as we all know by now, came the most insane, high-pressure propaganda campaign this planet has ever seen. A relatively small group of individuals and institutions with a seemingly endless supply of money managed to direct massive amounts of financial power to relay a tightly controlled, singular message to pretty much every person on Earth. Get your Covid vaccine now, and never stop getting one. It’s Safe and Effective.

Today, as we head into 2023, a full 2 years after the first person has been injected with mRNA, the homepage of FDA.gov looks like this:

With the personal freedom to avoid the vaccine thanks to recent natural immunity,(clarify rules) as the pressure campaign ramped up, so did my skepticism. Nothing made sense.

A Green Pass (vaccine passport) was rolled out, which allowed one entrance into public spaces, and suddenly “when was your last shot” became a totally normal question for people to ask each other. Waves of social media posts hit our feeds in batches, as the vaccine rollout expanded, and Vaccine 1, 2, or 3 became an identity, based on what dose of Pfizer one was up to.

Guidelines surrounding the Green Pass were confusing and changed at a dizzying speed. Example A, from the Ministry of Health Website:

Heavy fines were imposed on those who didn’t comply.

I got emotional with the first round of vaccine pictures. It had been a really rough year for so many people, and as a naturally optimistic person, I was excited to believe that Operation Warp Speed had worked and that there was a light at the end of a dark empty tunnel. I was so happy to see posts of elderly or immunocompromised friends and family members getting a medical treatment that would allow them to breathe and feel free. I had no reason to believe it wouldn’t exactly turn out to be the miracle for which we were hoping.

Then the personal pressure began.

When people started to ask me when I was planning to get vaccinated, this jarred me in a way that’s hard to explain. The question literally made no sense to me. It was as though they thought there was some magical date by which natural immunity would disappear, and I would *finally* be eligible to get that exciting dose of mRNA. It creeped me out to a point that my curiosity was piqued. Unfortunately, only those with any sense of curiosity had a chance at learning what was going on behind the scenes, because the general posts that were showing up in people’s Facebook, Google, YouTube, and Twitter feeds were eerie echos of the “Official Information” channels, and anyone who put their toes outside that box got slapped with a label, a warning, a suspension or a ban.

A group of people essentially put their lives on hold and focused every ounce of energy they had into following a devastating trail of information and making it their life’s mission to mitigate the harms being caused by governments and the pharmaceutical industry. Those people have been silenced, slandered, fired, and shunned, but as we prepare for 2023, they are coming back. The Medical Freedom movement has spent the last 2 years researching, communicating, and gathering evidence that amounts to crimes of unimaginable proportions. The gates of communication have been thrown open, thanks to Mr. Musk, and a sheer force has been unleashed onto Twitter. The cross-over into the mainstream is inevitable.

The dam has a giant crack that’s about to unleash a roaring flood of information and accountability. The number of high-profile voices now openly and forcefully calling for a complete halt of mRNA vaccination pending inquiry is finally reaching critical mass. The OG voices who have been calling for this halt for close to two years have now been joined by world-renowned doctors and politicians in a growing number of Western countries, calling for a halt from the chambers of their governments. Booster uptake in the US is at an abysmal 14%. People are voting with their choices.

Over at DailyClout, we’ve been reporting on those who have recently publicly declared their opposition to the mRNA vaccination program, the momentum is growing:

Senator Johnson’s recent roundtable was packed with top-level experts and tons of information regarding the fallout from the vaccination campaign. It’s long but is full of relevant, up-to-date information

2. Member of UK Parliament Andrew Bridgens gave a 20-minute speech in Parliament demanding a pause on the mRNA vaccine program.

3. Dr. Kerryn Phelps is a former MP in Australia, as well as the former president of the Australian Medical Association (AMA). She shocked Australia this week with a submission to the Long Covid Inquiry Committee(formal name), revealing that both she and her wife suffered Covid vaccine injuries. She also suggested that the rate of vaccine injuries may be far higher than the reported rate.

Inspired by ⁦@drkerrynphelps⁩ today I want to say I too have been in a living hell with pericarditis because of the Covid vaccine. Vaccine injuries are real and serious and I sincerely hope more people will speak up. https://t.co/l4XcyH9uuf

5. Dr. Aseem Malhotra is a UK cardiologist who previously worked in public health. He’s twice-vaccinated and was previously pro-mRNA vaccine. In the last year, though, Dr. Malhotra noticed that the mRNA vaccines weren’t what they seemed, and spent months studying data and producing his findings. He’s now publicly calling for an immediate suspension of the mRNA vaccine program, along with an overhaul of the medical system. He recently appeared on GB News:

'We are dealing with something that is truly very disturbing and is continuing to cause harm to people.' @DrAseemMalhotra tells @MrMarkDolan that Andrew Bridgen's speech will 'go down in history' after the MP called on the government to halt Covid vaccines. pic.twitter.com/hn5nT7VtJ3

“Whoever thought it was a good idea to shut me up – You made a really big mistake”. Dr. Malik posted a video along with a petition to support medical freedom of speech on the COVID vaccines:

7. Professor Shmuel Shapira is a physician and scientist and was the leader of the Israel Institute for Biological Research for 8 years, as well as being a retired Israeli Army Colonel. Professor Shapira worked closely with the Ministry of Health and the Israeli government for many years on various research and development projects. Professor Shapira has been discussing the harms of the mRNA vaccines for well over a year, and in recent days his words are being picked up by some local media.

8. A group of 20 doctors from the UK has come together in the last couple of months to fight the mRNA vaccine program. The group published a press release along with a short video about vaccine harms they were personally seeing in practice.

BREAKING NEWS: U.S. Doctors warn the world to stop taking the Covid Vaccines, they are toxic, lethal, ineffective and must be stopped. They damage the brain, heart, liver, bone marrow, fetus, causing all sorts of harm in the body. CDC, FDA misinformation causing death and injury. pic.twitter.com/yNyO0xWtMK

After years of attempts by those in the Medical Freedom movement to get a good-faith public debate on the topic of the COVID mRNA vaccines, Mario Nawfal on Twitter has succeeded. He will be hosting The Great COVID Debate on Wednesday at 12:00 noon EST.

Why is Covid such a polarizing topic?https://t.co/M2H1o1y9Yz

We are now reaching the edge where people, especially medical professionals, will be forced to choose a side. Silence is a side. Doctors were either pushing the vaccine, silent on the vaccine, or anti-the mRNA vaccine. In the latter case, many of them lost their jobs and livelihoods. I have deep gratitude for the brave warriors who jumped into the abyss and led the way for so many of us to find our voices and our freedoms.

Spread the love
This DailyClout article is the writer’s opinion.
One of our country’s most important freedoms is that of free speech.
Agree with this essay? Disagree? Join the debate by writing to DailyClout HERE.
Spread the love
Previous StoryRise of the Fourth Reich: Confronting COVID Fascism with a New Nuremberg Trial
Next StoryBecause the Darkness Runs So Deep, The Light Burns So Bright