How I Almost Did Not Graduate from Stanford University 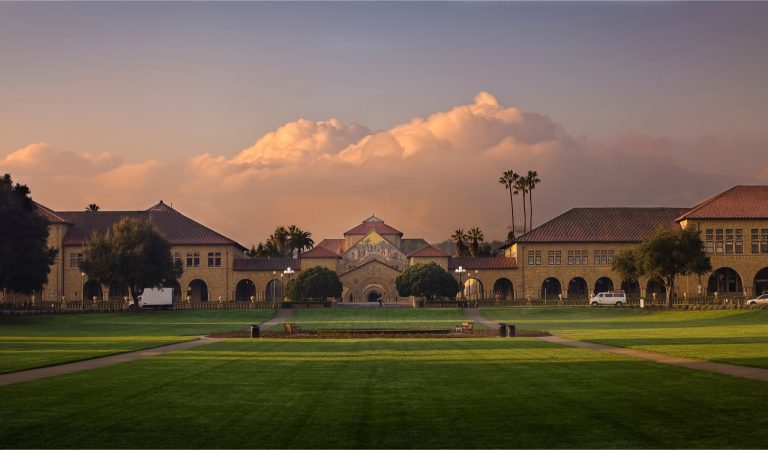 I graduated from Stanford on Sunday, but it almost didn’t happen.
In fact, I was almost denied my BS degree — what the BS stands for is up to your interpretation — because I am “unboosted.” I am engaged in “vaccine noncompliance,” at least on one of the three required shots. I am not “keeping our campus community safe.”

Here’s the problem: I don’t live on campus and haven’t since November, when I finished my last courses! Stanford announced its booster mandate in December, at which time I was recovering from a covid infection and moving to Texas.

But as I learned in April when Stanford almost gave me the boot, the booster mandate is “not predicated on history of infection or physical location.” I could have been living on a Pacific island the day before my graduation, and America’s finest university would still not be able to tolerate the fact that I was only “fully vaccinated” and not “boosted.” Two shots aren’t enough, science denier – no degree for you!

Spoiler: Stanford did eventually give in when I pointed out the absurdity of their plan to enforce the mandate against me from 2,000 miles away, but only after multiple rounds of protest and a stroke of luck with a single administrator.

I’ve decided that despite the resolution, it’s a story worth telling, as it reveals much deeper problems about the bureaucratic and pandemic nightmare that Stanford has become.

This is that story.

On April 14th, 2022, Stanford’s degree progress office notified me that an enrollment hold had been placed on my student account due to “certain medical requirements” being unfulfilled.

I replied to the office and explained that I was actually not enrolling in any courses. What they told me next was so absurd as to be comical. Apparently, in order to graduate from Stanford while not officially enrolled, I needed to be placed in a special 0-unit “course” that exists only on paper. And because Stanford requires booster vaccines in order to enroll in courses, the degree progress office was literally unable to place me in the fake course.

At first, I was just floored. They can’t be serious, right? This is a joke! Then I realized I’d have to deal with this, and that my degree was actually on the line. In retrospect, I shouldn’t have been surprised — after all, this is the same university that almost let a foreign PhD student and his family be deported for booster noncompliance. I was just next on the chopping block.

So, I forwarded the email to several administrators. Here’s what I said, explaining my request for an exemption:

And here’s what I got back less than an hour later.

Besides the exquisite “MD PhD” signature, my favorite part of the email was the word “noncompliance,” which reveals exactly what this is about.  If the mandate isn’t based on history of infection or physical location, what is it based on? The phrase “regardless of circumstance” seems to suggest it’s based on nothing except the joy of enforcing it.

Given what we now know about the vaccine’s trivial effect on transmission, the mandate is a scientific farce. And yet, Stanford’s website still makes the absurd claim that the “booster” shot prevents the spread of COVID-19. They say: “booster shots prevent infection in many individuals, thereby slowing the spread of the virus. A heavily boosted campus community reduces the possibility of widespread disruptions that could impact the student experience, especially in terms of in-person classes and activities and congregate housing.”

As the Stanford data make abundantly clear, the “booster” is about as effective at preventing COVID-19 as a rain dance is at bringing rain. Actually, Stanford’s booster mandate seems to have functioned somewhat like a rain dance… for the virus!

So, if it doesn’t accomplish the stated goal of “slowing the spread of the virus”, what is the real purpose of the mandate?

The mandate is a test: a test that asks whether you’ll follow a rule that makes no sense whatsoever under threat of losing a prestige marker. Stanford’s bet is that yes, yes you will. For a combination of reasons, I wasn’t going to do that. And by a stroke of luck, I didn’t have to.

After the obstinance from the degree progress office and the explicit denial from the medical administrator, a second non-medical Stanford administrator decided that the circumstances did warrant an exemption (obviously). And just like that, it was over. That’s good! It’s the outcome that I wanted, though I have to admit that the prospect of being a Stanford dropout for such an absurd reason was appealing.

But even as I’m grateful for the lone Stanford administrator who did eventually intervene on my behalf — and who shall remain nameless, because I’m well aware that retaliation from “public health” extremists at Stanford isn’t out of the question — the fact that such an intervention was necessary at all is outrageous.

There are thousands of others who have been forced to submit to the mandate under threat. Providing exceptions in select situations behind closed doors is essentially a way for Stanford to avoid scrutiny and cover up what is an indefensible policy at every level.

Stanford should end its vaccine mandate entirely. It’s an unscientific and unethical imposition on students who do not need protection from COVID-19 with vaccines or otherwise. And that includes the Stanford students who are on campus, going to class, and those without prior infection and natural immunity. COVID-19 was never a major threat to us young people, and it still isn’t.

What Stanford students do need protection from are the disastrous lockdown policies that Stanford leaders fully embraced. Since the beginning of 2021 alone, there have been four suicides of Stanford students. In the first two weeks of the 2021 school year alone, a record ten students were transported to Stanford hospital for alcohol poisoning. I don’t want hysteria over “mental health” either, but with these numbers you’d think that Stanford administrators, obsessed with safety as they seem to be, would reflect on how their lockdown policies have created an awful environment for students. What gives?

I don’t consider any individual Stanford employee a villain in this ordeal. In fact, I know many of them. The one who declined to override the hold, in addition to being an MD PhD, is actually a former professor of mine! What could explain the ridiculous, strained reasoning from a person who knows perfectly well that what they were saying made no medical sense?

Simply put: these administrators are cogs in a machine. And that machine is deeply, obscenely, broken. Broken institutions break people. Of course, that doesn’t absolve anyone of responsibility, and I do expect better of Stanford. Bureaucracy is strangling our country, and the failure of good people to stand up within bureaucracy makes that much worse.

At the same time, there is no doubt that Stanford leaders have behaved cravenly throughout this pandemic, essentially neutering our school as a scientific institution and turning it into a political one.

Stanford President Marc Tessier-Lavigne is an illustrious scientist. Before Stanford, he was actually President of the Rockefeller University, a medical research institution in New York City. He was also a senior research executive at Genentech, the biotechnology business that’s now a subsidiary of Swiss pharmaceutical giant Roche.

But apart from the occasional bloviating about “keeping our community safe” or the repeated announcements of virtual quarters and new mandates, Marc Tessier-Lavigne doesn’t really give public opinions on science as it relates to the pandemic. And he definitely doesn’t say anything that would contradict his real bosses — the moronic “public health” officials of Santa Clara County (and their bosses in the California Democratic Party).

Does Stanford really believe — institutionally, I mean — that a student booster mandate keeps anyone safe? Or that masks are necessary in classrooms but not in dining halls? Why did Stanford hold a masked outdoor graduation in June 2021 when it wasn’t even CDC guidance to wear masks indoors? Why didn’t Stanford publicly object to the draconian county-level restrictions that ruined student life for well over a year?

I wish I knew the answers to these questions, but Marc Tessier-Lavigne doesn’t comment on things like this. And I guess that’s because nobody expects him to. As long as he complies with the pro-lockdown political consensus that is The Science™, nobody cares whether he says anything about… science.

Here he is in June 2021 talking to commencement speaker Dr. Atul Gawande, a Biden COVID-19 advisor.

Both vaxxed; both masked; both outside; and both considered public scientists in good standing — because they conform. As for Stanford physicians like Dr. Scott Atlas and Dr. Jay Bhattacharya, both of whom were subjected to vicious witch hunts at this university for their opposition to lockdowns… they’re heretics. Got it?

I want to close by talking about what Stanford means to me, and how my view on the university has changed in the past two months after this rather unpleasant experience.

I’m one of four siblings raised (mostly) by our single mother who is a public school teacher. The sticker-price of attending Stanford for even one year was more than my mom made annually at the time I got in. Stanford’s very generous financial aid changed everything. Stanford opened doors that simply wouldn’t have existed for me otherwise.

That the very same institution was prepared to slam the door shut on me, to throw out my entire corpus of work over an absolute triviality felt terrible, even though the situation was eventually resolved.

The Stanford I will look back on with fondness is the beautiful campus, my friends at the Stanford Review, my crazy friends from frosh year, my professors and language teachers, the great men and women of the Hoover Institution, and even the lefty activists who kept me on my toes throughout the years. But Stanford as an institution — the laughable rules, the lame bureaucracy, and above all the crazed pandemic response — will be forever diminished in my mind.

It’s my strong hope that Stanford will get back to respecting individual rights, real science, and scientific freedom, and maybe even that the administration will show some contrition for the mistakes that have been made. But have you seen any of our institutions lately? I’m not betting on a course correction.

Spread the love
This DailyClout article is the writer’s opinion.
One of our country’s most important freedoms is that of free speech.
Agree with this essay? Disagree? Join the debate by writing to DailyClout HERE.
Spread the love
Previous StoryHey Covid, I’ve Got Religion
Next StoryReport 39: Despite Incomplete Safety Trials, the Food and Drug Administration (FDA) Grants Full Approval to Pfizer-BioNTech’s COMIRNATY® for Adolescents 12-15 Years of Age