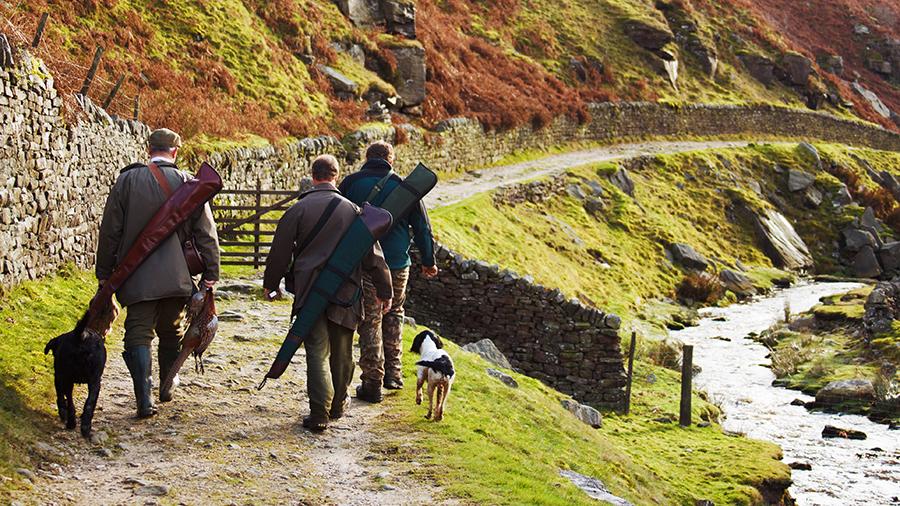 We are living in a time where it’s harder to buy Sudafed for cold season than it is to buy a gun in Florida. There have been 15,122 incidences of gun violence in America this year alone, according to GunViolence.org. Of the people who were injured or killed during these 2018 events, 845 of them were minors — and it’s only April.

More and more lives are being lost, and yet we seem no closer to making America safer. Recent massacres, including a school shooting in Florida at which 17 children were killed, have sparked yet another wave of a sense of helplessness across the country. With gun control being one of the most divisive issues in the America, changing gun laws and regulations can seem an impossible challenge.

But it turns out that America agrees on a lot more than we think. According to a poll conducted by Mayors Against Illegal Guns, 82% of Americans want strict enforcement of current gun laws and do not want these laws repealed.

We can start making changes by taking a look at some of the glaring loopholes in gun laws, using Florida’s laws as an example (to view Florida’s weapons and firearms laws, click here.

In the state of Florida, you do not need a permit to buy a handgun. The only requirement that must be satisfied in order for anyone to obtain a gun is that you must fulfill the “waiting period.” The waiting period is the time between purchasing and receiving a gun.

The length of the waiting period in different states varies, but in Florida, it is three days. One purpose of the waiting period is to keep purchasers from making impulsive decisions, allowing them to cool off instead buying a gun out of anger or another extreme state of emotion. The waiting period also gives law enforcement agencies time to conduct a thorough background check on the purchaser, ensuring that the perspective buyer is eligible to own a firearm. Gun-sellers are legally required by the state to conduct a background check before a gun can be issued, and these checks search for things such as criminal convictions, controlled substance abuse, physical or mental impairment, and any active restraining orders.

What does America think about the need for these kinds of gun-purchasing standards? A lot of us agree with them. If you believe that convicted felons or people with mental illness should not own a gun, 91% of Americans agree with you.

But here’s the catch: If a background check has not been completed by the end of the three-day waiting period in Florida, it is the right of the purchaser to receive the gun — even though the background check is incomplete. This is known as “default provision” or “the Charleston loophole,”after Dylann Roof obtained a firearm with an incomplete background check, and killed nine people at a church in Charleston, SC. About four thousand people who would otherwise have been disqualified, get access to guns through the “default provision.”

For cases such as these, according to the Giffords Law Center, it takes the FBI an average of 25 days to determine that a purchaser is ineligible to own a firearm. In fact, the FBI has recommended extending the waiting period so the agency can better complete background checks and reduce the number of guns granted to inappropriate owners, by default.

What does America think about the default provision? If you believe that the waiting period should be longer than three days so background checks can be performed fully and adequately, then 76.3% of Americans – including 67% of gun owners – would agree with you.

There are even easier loopholes available for purchasers to get around background checks. A 2017 study estimated that 42% of US gun owners acquired their most recent firearm without a background check at all.

How? The legal requirement for waiting periods and background checks only applies to licensed gun sellers conducting public sales. That is, private sellers are not required to have a gun-selling license, nor are they legally obligated to conduct background checks, ask for identification of the buyer, or even keep a record of the transaction. In fact, Florida law states that private sales are only illegal if the seller knows that the buyer can’t pass a background check.

This ambiguous requirement is, in large part, responsible for the 42% of gun purchases that were not subject to any background checks. Private sellers generally don’t ask about criminal histories or other information that might preclude a buyer from purchasing a gun, nor does the buyer usually volunteer that information. Even if a private seller is offered the buyer’s history, the seller almost never has the resources to verify the information by conducting a background check him or herself. If you think that mandating background checks on anyone attempting to purchase a gun is reasonable, whether it is a private or a public sale, then, according to the Gifford Law Center, 96% of Americans agree with you.

Another way to avoid background checks is to purchase guns at gun shows, by utilizing what is known as the “gun show loophole.” Both private and public gun dealers sell at these shows, which means that buying from a public venue does not necessarily mean buyers are subject to background checks. In addition, machines that verify the validity of a gun-buyer’s driver’s license, are not mandatory and are rarely present. What are America’s thoughts on proof of identity when trying to purchase a gun? If you believe that gunsellers should be required to install verification machines so that buyers cannot illegally purchase guns, then according tot he Gifford Law Center, 83% of Americans agree with you.

After guns from both private and public sales are purchased, Florida law does not require gun owners to register their firearms with the local government. That means that law enforcement agencies are not alerted through any registry database if a gun owner decides to start stockpiling weapons. If you think that this sounds dangerous, 76% of Americans would agree with you in favoring laws that mandate that gun owners register their firearms.

It can be frightening to think about gun control as an issue that must solely divides Americans. How do we come to a solution that keeps our country safe while also honoring our individual liberties? Ron Wisner raised the alarm about losing our liberties. Can we restrict lawless firearms purchasing and still honor the Second Amendment? Most Americans, it turns out, can agree on ways to do this, even though the partisan talking heads on both sides of the issue tend to ignore all of this common ground.

Closing these loopholes may not mean the end of all gun violence; but enforcing existing laws and acting on background checks and registrations upon which Americans across the political divide do agree, seems like a good start.

The question is: if this many Americans can reach consensus on so many key measures to support gun control while still respecting gun ownership — why can’t Congress?