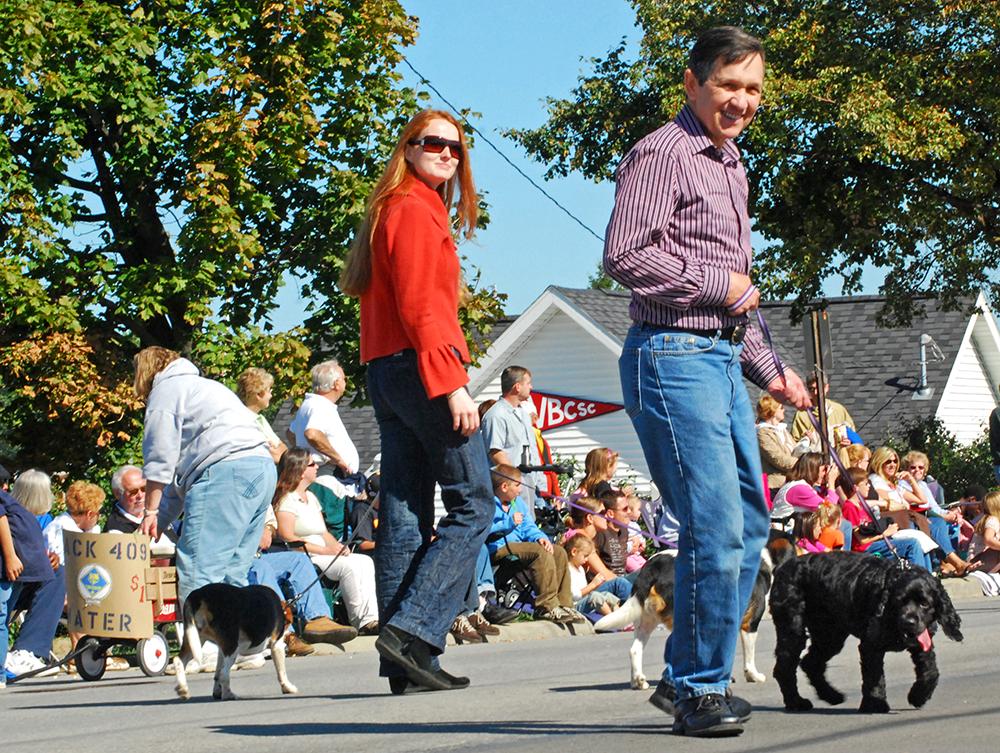 Last Week, DailyClout was honored to secure an in-depth interview at Civic Hall in New York City, with Ohio Gubernatorial candidate Dennis Kucinich, and his wife, documentary producer Elizabeth Kucinich. In a cutting-edge discussion, eight-term Ohio Representative, two-time former candidate for the US Prsidency, and current candidate for Governor of Ohio, shared his vision. Prof. Elizabeth Kucinich, active on the issue of organic and sustainable agriculture, join us as well.

Former Rep. Dennis Kucinich spoke about his vision for Ohio: his platform is focused on a populist set of goals, of which supporters say that both the left and the right will find issues that speak to them. He is campaigning, for instance, against NAFTA-type legislation — departing from the standard DNC pro-globalization model; this is a position that Trump supporters will like. But Kucinich is also calling for higher minimum wage, and for stronger unions, which will please some on the left. He wants to focus on rebuilding infrastructure in Ohio, which he says sorely needs attention, and he believes that good jobs can be generated as a result of this attention to rebuilding. His running mate, Cleveland assemblywoman,Tara Samples, would, if they are elected, be the first African American woman in Ohio to be at that level of state leadership.

Elizabeth Kucinich spoke as well about issues at the heart of what Ohioans face today: her focus was on a new approach to sustainable agriculture called “regenerative agriculture.” We at DailyClout didn’t know anything about this issue, and Prof Kucinich shared that it involved using carbon in farming, as a way to both enrich the soil, and to actually help address climate change. We later saw a New York Times report on this approach, which indeed is gaining support from both traditional environmental organizations, and such agribusiness giants as Monsanto. If former-Representative Dennis Kucinich is elected as Governor, Ohio farmers would be supported in learning about, and gaining access to, this method of both helping their soil produce better, and helping to save the planet.

The DailyClout community has also been posing many questions on the issue of geoengineering, and Dennis Kucinich had sponsored an early bill to ban geoengineering. I raised this with him, as our community had requested, and he addressed th issue informatively. He let us know that he had been alerted to the challenges posed by geoengineering, by Steve Jobs, in the early 2000s, and confirmed that this was indeed a serious matter for public policy. I was interested to hear that Steve Jobs had sought to issue an early warning about geoengineering; the current main funders of geoengineering experiments and research, as well as those who benefit from the IP and patents generated by that research, are centered in Silicon Valley.

It was a fascinating near-hour of discussion, posted in our video section. Former Rep. Kucinich has often been ahead of national issues, and faced opposition for his stance when it was in advance of mainstream views. He was one of the very few voices n the Democratic side, for instance, to speak out against the Iraq war. He was also an early supported of LGBTQ rights, and gay marriage. Questions from the DailyClout audience in Ohio centered on minimum wage issues and protectionism, and there were a few queries about comments on Fox News that some took as being supportive of President Trump. Dennis Kucinich brought up the platform points also spelled out on his website, and stressed the bipartisan nature of representing the people of a State as Governor.

Former Rep. Kucinich faces a challenging race, though he has what local newspapers are calling “a good chance.” Among those on the Democratic side seeking the nomination is Richard Cordray, former Federal consumer watchdog; Republicans are running State Attorney Gen Mike DeWine. Given Ohio’s importance in a Presidential election, a Blue-led state of Ohio can easily have national implications.

Thank you to Forner Rep. Dennis Kucinich and Elizabeth Kucinich for coming to DailyClout to speak directly to Ohioans and to the American people. Find out more about the campaign and platform, at Kucinich.com; and remember, Ohio, primaries are critical. Whomever you vote for, vote in Ohio on May 8.