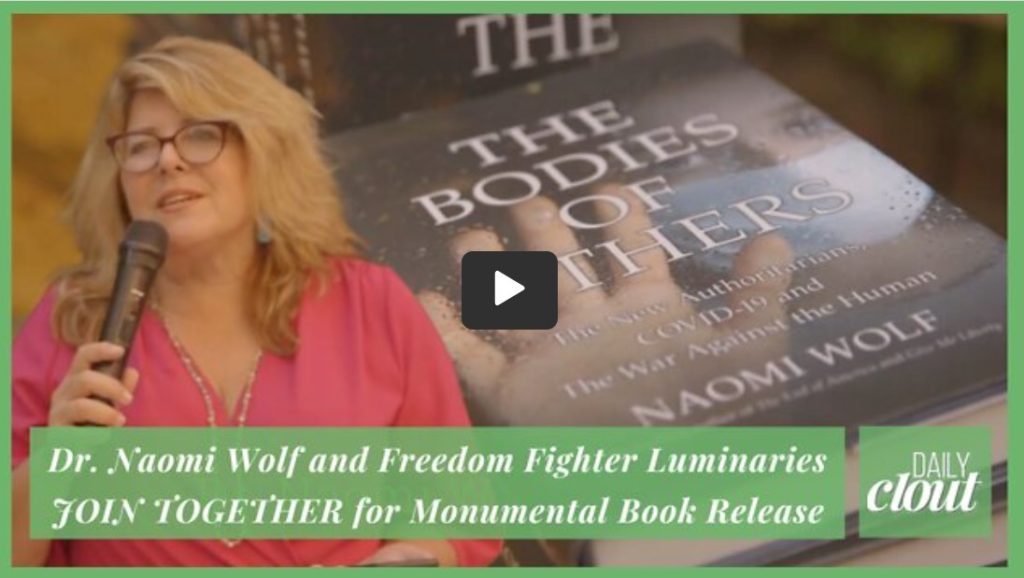 Dr. Naomi Wolf celebrates the release of her new book, The Bodies of Others alongside fellow freedom fighter luminaries in Brooklyn, New York.

Watch the video below now to witness this incredible group of people, gathered together, united to celebrate the monumental release of The Bodies of Others, and to continue the fight for medical choice.