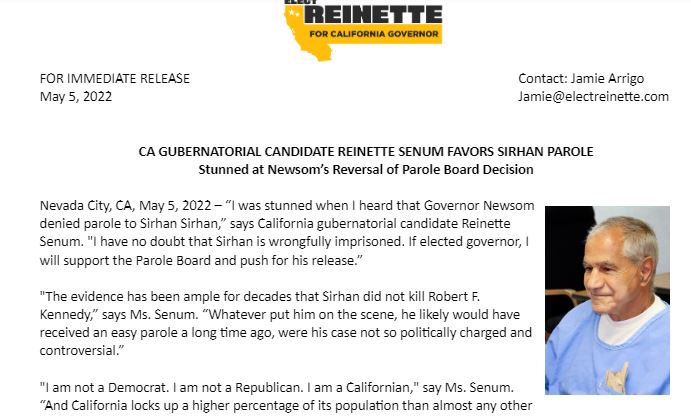 “I was stunned when I heard that Governor Newsom denied parole to Sirhan Sirhan,” says California gubernatorial candidate Reinette Senum.

“I have no doubt that Sirhan is wrongfully imprisoned. If elected governor, I will support the Parole Board and push for his release.”

“The evidence has been ample for decades that Sirhan

“Whatever put him on the scene, he likely would have received an easy parole a long time ago, were his case not so politically charged and controversial.”