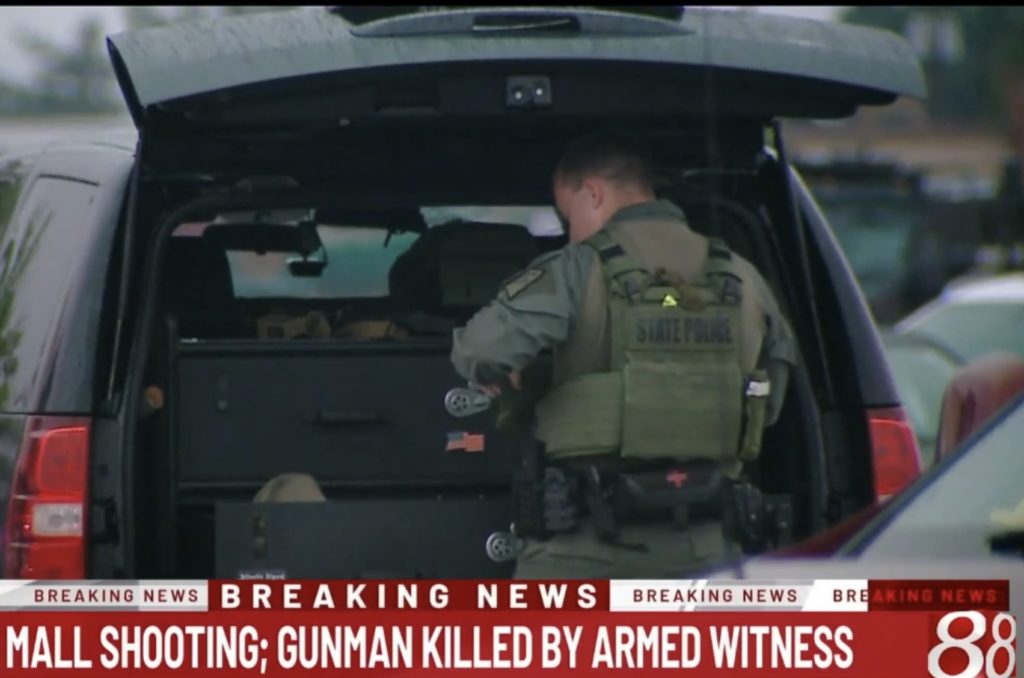 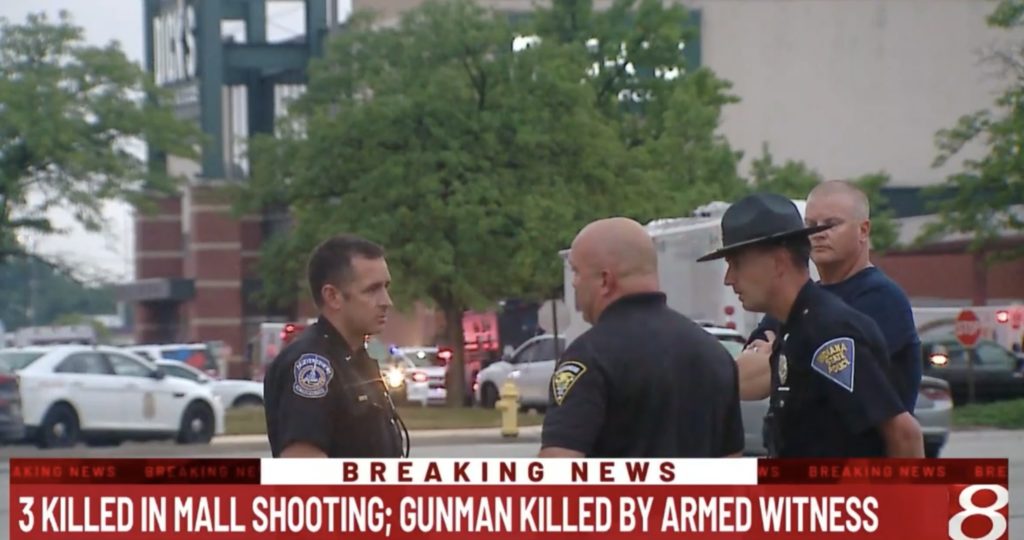 A 22 year old ‘Good Samaritan’ opened fire to stop a mass shooting at a Mall in Indiana.

A gunman armed with a rifle and multiple magazines began shooting in the food court of the Greenwood Park Mall in a suburb of Indianapolis, just before 6pm Sunday.

A man died at the scene and a further man and woman died later in hospital. Two other people including a 12 year old girl were injured.

Within seconds the witness returned fire, killing the attacker.