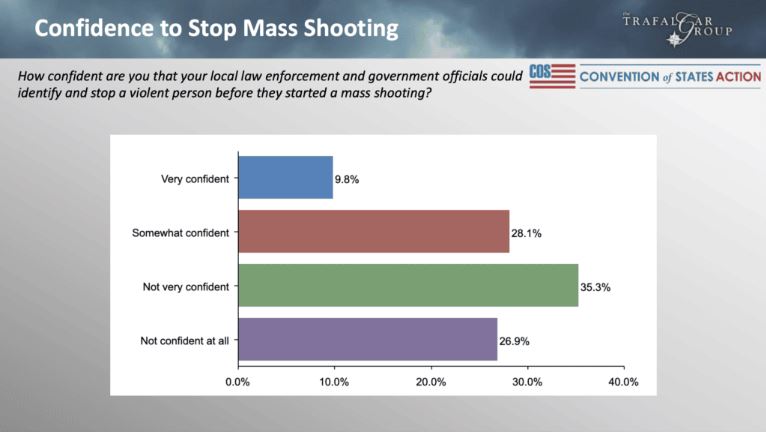 “Americans watched in horror as an active shooter was permitted to rampage through a school while the police stood outside and did absolutely nothing. Over and over again, citizens are given the clear message that—when it comes to protecting loved ones—you’re on your own. At the same time, we’re told guns are the problem and we should give up our right to self-defense,” said Mark Meckler, President of Convention of States Action. “Voters are not stupid. They understand that responsible citizens offer the best means of protecting our schools, homes, and communities in this country. Pursuing such policies is not only bad politics, it puts all of us at risk.”
For complete details on the poll, including graphics, please visit: https://www.thetrafalgargroup.org/news/nat-issues-shootings-0712/

KEY INSIGHT: Majority of American Voters Say They are Not Confident Local Authorities Could Prevent a Mass Shooting Before it Happens: